The Ultimate Game Of Thrones Primer

The final season of the epic HBO series begins this month. Here’s what you need to know. 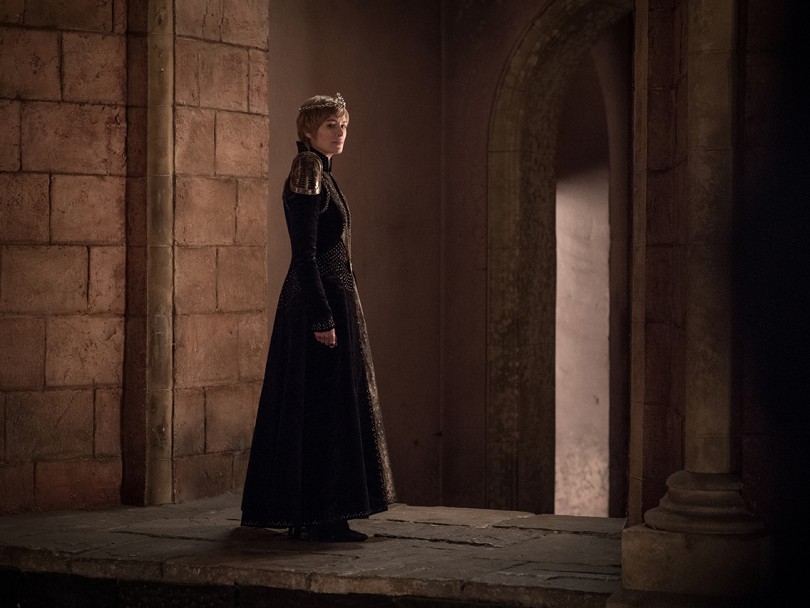 Spring is in the air, but if you’re a Game of Thrones fan—WINTER. IS. COMING. The eighth and final season may finally answer such burning questions as: Are Dany and Jon Snow the ultimate #relationshipgoals? What’s going on with the weird zombie dragon and, oh right, who will sit on the Iron Throne. But after a 20-month stretch between seasons, we all need a refresher on the major plot points, hook-ups and deaths. (And, if you haven’t been keeping up with the show—spoilers ahead!)

In the pilot, King Robert Baratheon rules the Seven Kingdoms of Westeros, but there are plenty of other characters thirsting after the Iron Throne. So, when Robert dies in a boozy boar hunting accident it’s every self-serving, backstabbing, brother-banging character for him (or her) self. Top contenders include Joffrey Baratheon (the presumed heir apparent, son of Robert and Cersei), Robb Stark (self-proclaimed King of the North and ruler of Winterfell) and Daenerys Targaryen (towheaded teenage daughter of the murdered Mad King who gets sold into an arranged marriage only to find true love—and triplets!). Oh and also there are the White Walkers—an ancient race of humanoid ice zombies who don’t really fit into the main plot at this point, but they seem scary.

Most memorable death: The beheading of presumed series protagonist Ned Stark by his sociopathic son-in-law Joffrey was the whack no one saw coming.

NSFW: In the final scene of the pilot we learn that brother/sister bad guys Queen Cersei and Jaime Lannister are getting it on. As well as being extremely OMG-worthy (yes, incest was frowned upon in the middle ages, too), their love affair will later lead to the revelation that Joffrey and his siblings are Lannisters twice over with no legit claim to the Iron Throne.

Where we leave off: Jon Snow (unofficial Stark bro and Ned Stark bastard) leaves Westeros to join the Night’s Watch, an ancient order of celibate soldiers who protect the rest of the world from those evil zombie creatures. And Queen Daenerys (now Khaleesi and ruler of the Dothraki) mourns her dead husband Drogo by walking into his flaming funeral pyre and wakes up with three baby dragons. Don’t you hate it when that happens?

Who won the season: The Lannisters hold the Iron Throne for now, but smart money is on the Mother of Dragons. 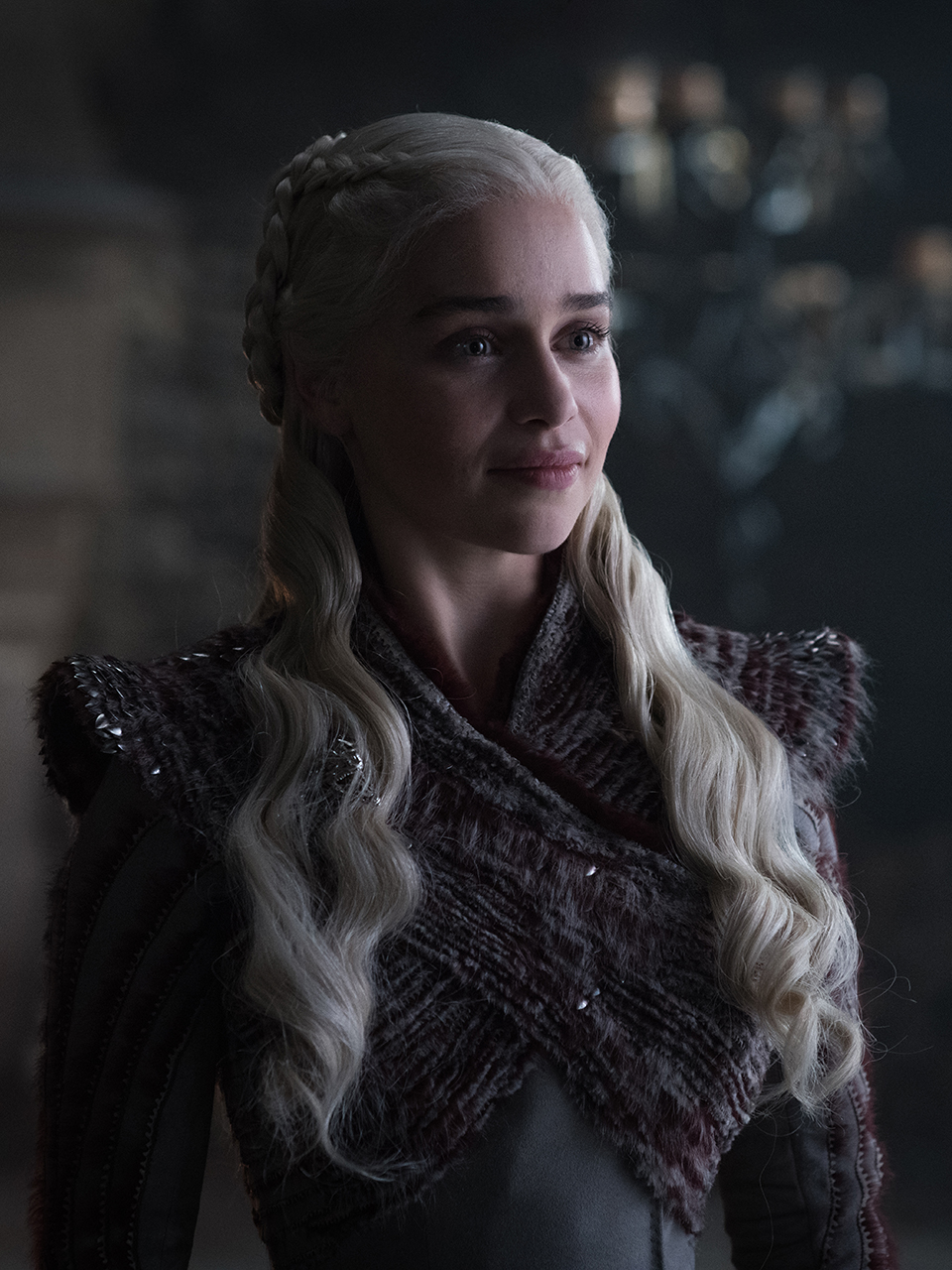 King Robert’s younger brothers Stannis and Renly are the latest characters scheming for the Iron Throne—the former because he has learned the truth about King Joffrey’s parentage and the latter because youngest siblings are so entitled. With the help of his strange, witchy wingwoman Melisandre, Stannis defeats (read: murders by smoke monster) his brother and sets sail for the Lannister’s stronghold of King’s Landing where King Joffrey is “ruling” by tantrum. But the real brains of Joffrey’s operation is his Uncle Tyrion—Jaime and Cersei’s brother, who finally sobers up long enough to blow up Stannis’ armies in The Battle of Blackwater. Meanwhile Ned Stark’s daughter Sansa is forced to marry the man-boy brute Joffrey for political purposes, her sister Arya is on the run after watching her dad’s head get chopped off and (despite having promised to marry one of the Frey girls) Robb marries his nurse Talisa.

Most memorable death: When Dany’s baby dragon breathes fire all over that warlock in Qarth.

NSFW: Robb and Talisa getting busy on a bearskin rug is about as aspirational as intercourse gets on GOT.

Where we leave off: With Stannis’ army exploded into the ocean the Lannisters are back on top.

Who won the season: Tyrion. Nothing says, see dad quite like defeating your enemy in an explosion of neon green Wildfire.

It’s a game of marital musical chairs as Joffrey ditches Sansa for Margaery Tyrell, forcing Tyrion to marry Sansa and Cersei to marry Margaery’s brother Ser Loras. But it’s the wedding that didn’t happen in season 2 that sets the series’ most memorable massacre, The Red Wedding, into motion. To summarize: After Robb breaks his promise to marry one of Lord Frey’s daughters, his mom’s brother steps in and the Stark clan (those who aren’t on the run or behind the wall or wherever) attends. But wait! Turns out the whole thing is just a way to get everyone in the same room for an epic blood bath that sees a significant number of key characters (Robb, Talisa, Catelyn Stark) kick the bucket.

Most memorable death: See above.

NSFW: The scene where Ramsay cuts off Theon Greyjoy’s penis and then eats a sausage will put you off pork products for weeks.

Where we leave off: Arya Stark barely escapes her familial fate at the Red Wedding, Dany liberates slaves and Jon Snow forgoes his celibacy pact for the red-headed Wildling Ygritte (who is also Snow actor Kit Harington’s future IRL wife).

Who won the season: Turns out that Lord Frey was really just a pawn for the Lannisters, who orchestrated the whole Red Wedding. So yeah, them again. 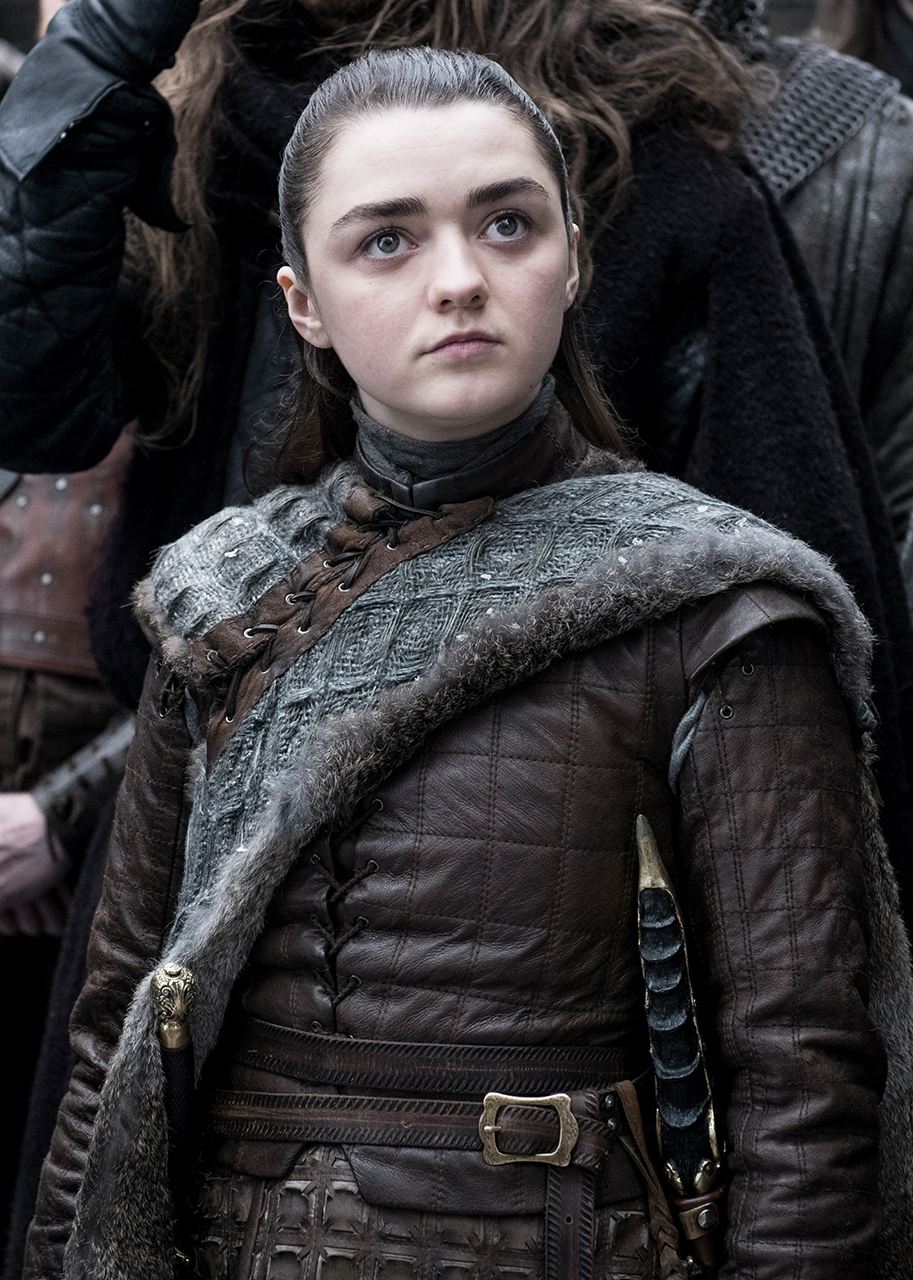 Joffrey’s wedding day jitters prove warranted when he dies by poisoning at the after party. The real murderer was Margaery’s grandmother Olenna, but everyone suspects Tyrion, who gets thrown into jail. An ocean away, Dany has put her journey to Westeros on hold so that she can learn more about this being-a-Queen thing—and hook up with her hunky warrior, Daario. It’s not all fun and gratuitous butt shots though, as the Mother of Dragons must deal with her growing brood who can’t seem to go a day without burning some innocent kid to death (teenagers!).

Most memorable death: Tyrion offing his dad Tywin with a cross bow while he’s on the can is the perfect ending to this father/son conflict.

NSFW: The brother/sister rape between Jaime and Cersei in the same room as their dead son is probably the most disturbing scene in series history.

Where we leave off: Joffrey’s younger brother Tommen now sits on the Iron Throne along with his conniving queen Margaery (and his cat Pounce). Other key throne contenders Stannis and Khaleesi are busy fortifying their forces while Tyrion busts out of jail and makes tracks from King’s Landing.

Who won the season: The Night’s Watch. Finally finding a channel for all of that repressed sexual energy, the crew kicks serious Wildling (and giant, and wooly mammoth) butt during the epic Battle at Castle Black.

Megafans (and George R. R. Martin loyalists) are mostly agreed that S5 blows harder than a fire-breathing dragon, with way too much time devoted to pointless plotlines (Jaime and Bran and the Sand Snakes, Arya Stark and the whole faceless assassin thing, the creepy religious order that takes over King’s Landing). Key events that will matter later are Cersei’s arrest and public walk of “shame!” (because a Lannister always pays her debts), and Jon Snow convincing the Night’s Watch that they need to team up with the Wildlings to defeat the scary zombie army beyond The Wall.

Most memorable death: Turns out the Night’s Watch guys weren’t so cool with the Wildling alliance after all as they line up to stab their leader to death one by one.

NSFW: Because Sansa really does have the worst luck with dudes, she is now married off to Ramsay Bolton—a masochist who rapes her for sport.

Where we leave off: Stannis is dead. Jamie and Cersei’s only daughter is dead. And Jon Snow is supposed to be dead, but we all know he’s not because honestly, it’s Jon Snow, and even Game of Thrones isn’t that crazy.

Who won the season: Nobody! Audience included. 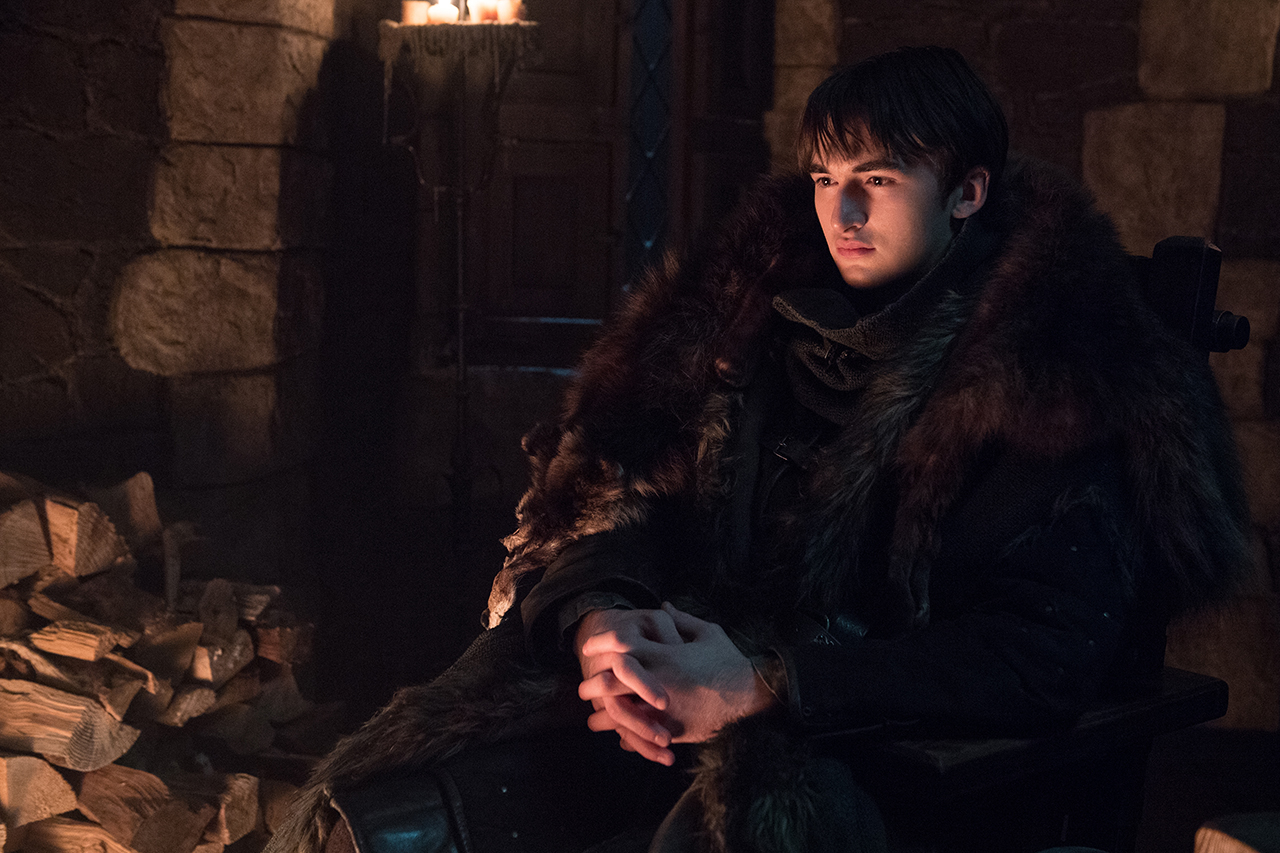 You know how people always say that Meghan Markle could never be queen? Well, what if she tricked every single person in line ahead of her to assemble at a church and then blew the whole thing up with a Wildfire potion? That’s how Cersei finally exacts her revenge in the Season 6 finale. But let’s rewind a little to look at some less literally explosive moments. For starters the totally expected resurrection of Jon Snow and his return to Winterfell, where he defeats his sister’s second psychopath bridegroom in The Battle of the Bastards (epic if you’re into that sort of thing). Speaking of bastards—until now we’ve known of Jon as Ned’s illegitimate son, but turns out he is the secret baby of Ned’s sister’s Lyanna and Rhaegar Targaryen—son of the Mad King. Which makes Jon the rightful heir to the Iron Throne.  But that probably won’t come up, right?

Most memorable death: The death of loyal human transport vehicle Hodor (“hold the door!”) is easily the series’ most sentimental tear jerker, but explaining that would mean explaining the whole Bran Stark/Three-Eyed Raven plot, and there’s just not enough time before next month’s premiere.

NSFW: When Ramsay gets his face ripped off by his own dogs. (Not that he doesn’t deserve it).

Where we leave off: With Cersei on the Iron Throne. Not part of her evil revenge plan, by the way. But when Tommen finds out that she was behind the church explosion, he jumps to his death.

Who won the season: Women! Because everyone knows the really brains behind the Battle of the Bastards triumph was Sansa, Arya murders Lord Frey (apparently Starks also pay their debts), Dany has amassed the world’s biggest army and Cersei is on the throne.

Talk about fashionably late: After seven years of slave-freeing and dragon maintenance, Daenerys finally arrives in Westeros to defeat her enemies and claim what’s hers. But wait—she meets with Jon Snow who tells her that the Iron Throne is not really the point here since the Army of the Undead (aka the White Walkers beyond The Wall) are coming and they are going to kill everyone. No big surprise, Cersei isn’t into alliances, but finally they convince her. Except not really because she’s planning to betray them and even her brother/lover Jaime can’t handle this level of deceitfulness. Still, Jon and Dany think they’ve formed a united front and celebrate by making sweet, unwitting aunt–nephew love.

Most memorable death: Viserionnnnnnnnn!!!! One of Dany’s dragons is killed by The Night King’s icy spear.

NSFW: The two key members of Dany’s loyal entourage Missandei and Grey Worm finally get it on. The scene is a feminist triumph. Just saying.

Where we leave off: With the Iron Throne on the back burner. Because winter isn’t just coming anymore—it’s here. And now it’s got a zombie dragon!

Who won the season: Devoted Jonaerys #shippers and anyone who’s been waiting to catch a glimpse of Kit Harington’s butt.