The final season of the bloodiest, sexiest and most dragon-filled show in HBO history is almost here. We sent a reporter to find out what the cast is thinking. 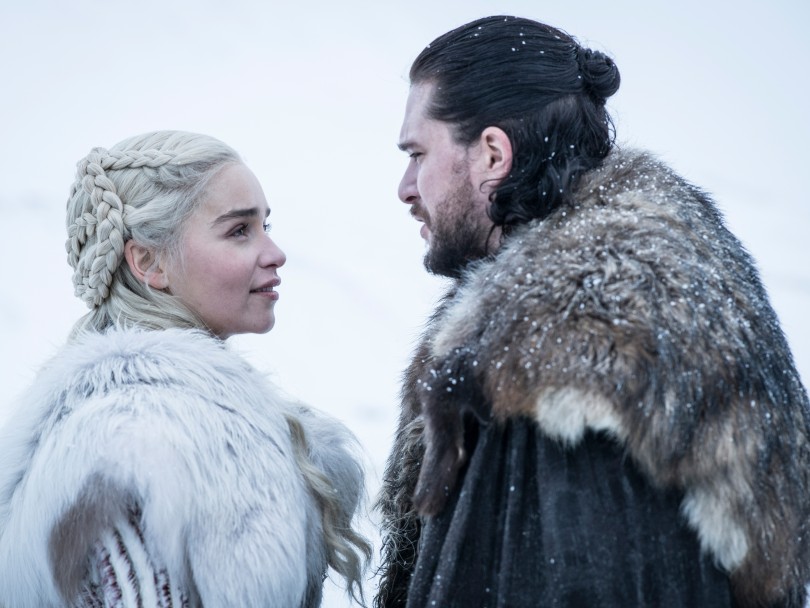 Last month, along with a few dozen international journalists, I travelled to Meghan Markle’s home city (a.k.a. London, England) for a Game of Thrones media junket—a promotional event in advance of the forthcoming (and final) season (which starts April 14 on Crave). There, we met with Khaleesi (Emilia Clarke), Brienne of Tarth (Gwendoline Christie), the Stark sisters (Sophie Turner and Maisie Williams), the hunkiest member of the Lannister clan (Nikolaj Coster-Waldau), The Hound (Rory McCann) and several other series regulars. For the cast it was a chance to reflect on eight years in George R.R. Martin’s fantasy world. For me, it was a chance to lay the groundwork for a future best-friendship with Brienne of Tarth.

Here are the highlights:

So about that ass…

Winning the prize for awwwwwwkaaaaard was the journalist (not this one) who asked Emilia Clarke how she felt about being upstaged by Kit Harrington’s rear end. (Presumably during last season’s epic love scene, though the interviewer didn’t specify). Clarke took a beat before pointing out how the obsession over nudity says more about our society than the show. And also: she’s kind of over all the ass talk. “Kit’s ass, someone else’s ass, my ass…doesn’t matter—d’you know what I mean?” she replied. She was, however, happy to chat about the man behind the behind. “He’s one of my best mates, so it was weird. Put us in a room together and we just giggle and giggle.”

It wasn’t a specific plot line or, like, who ends up sitting on the Iron Throne, but when responding to a question about the relationship between Daenerys and Jon, Clarke commented that the two characters are each other’s “most important relationship.” Which feels a little telling since the characters only met for the first time last season. Translation: Season 8 will give #TeamJonaerys fans what they’re lusting after. Or maybe one will ultimately chop the other’s head off in a shrewd power move.

Madonna is a fan (and model clothing borrower)

A question about the show’s massive celebrity fan base lead to a story about the time Madonna borrowed one of Khaleesi’s costumes and wore it to celebrate the Jewish holiday of Purim. “It came back and we all just stroked it,” Clarke revealed, adding that Madge had the garment dry cleaned before returning it. Of course she did.

Jamie Lannister is a hunk and a half 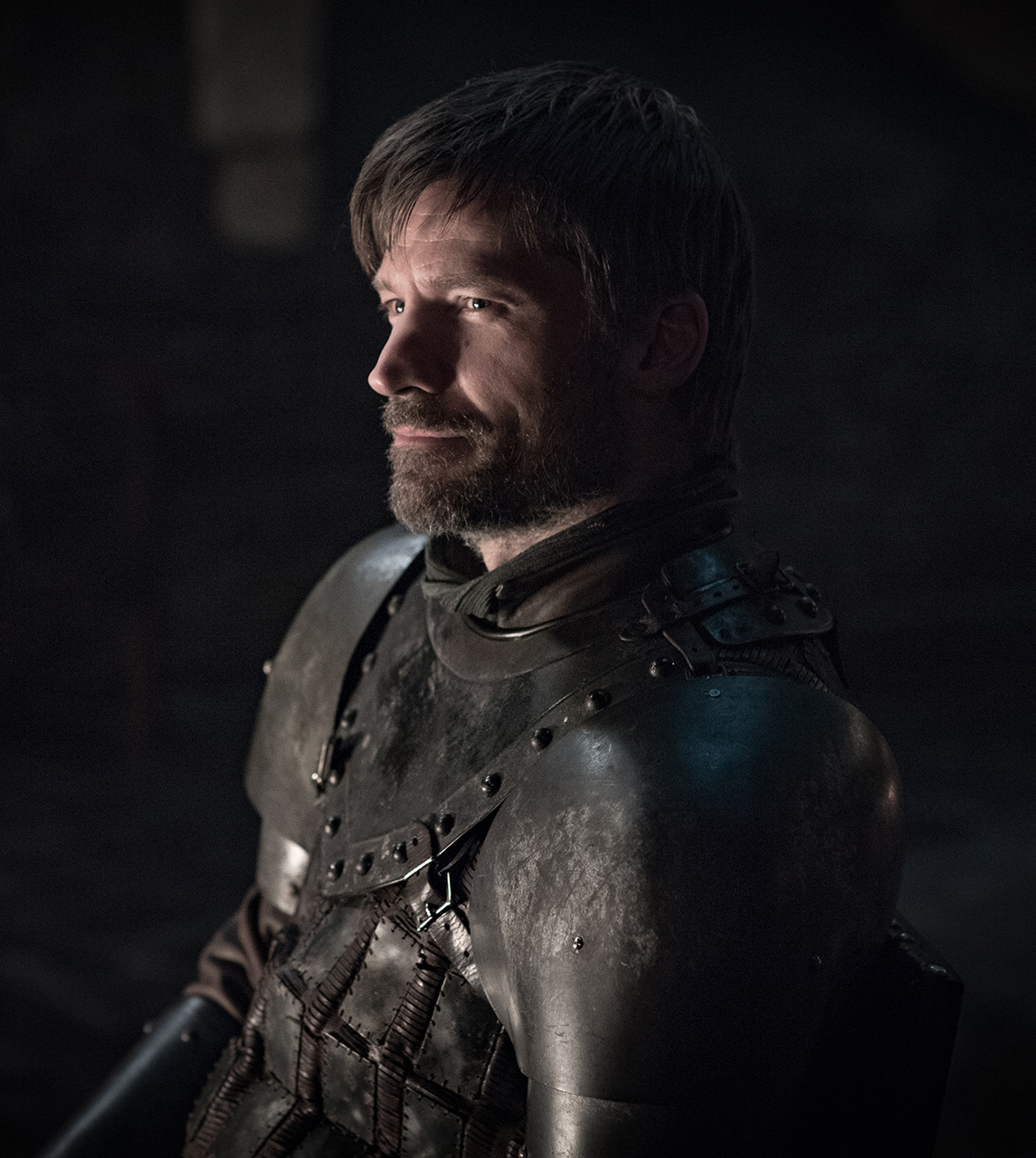 Yes, the GoT cast includes a number of striking females, but the prettiest face of the day belonged to Nikolaj Coster-Waldau, a man so absurdly good looking that I laughed when he sat down beside me. As an entertainment reporter, I’ve seen many hot celebrities up close over the years, and this guy made George Clooney look like a baseball mitt. His IRL face looks like it’s been enhanced by the most flattering Instagram filter. And speaking of Insta, NCW had some interesting thoughts on why GoT is the antidote to the hollowness of social media. “I think people want characters who are real,” he said. As in realllllllly good looking. Okay, I’ll stop now. 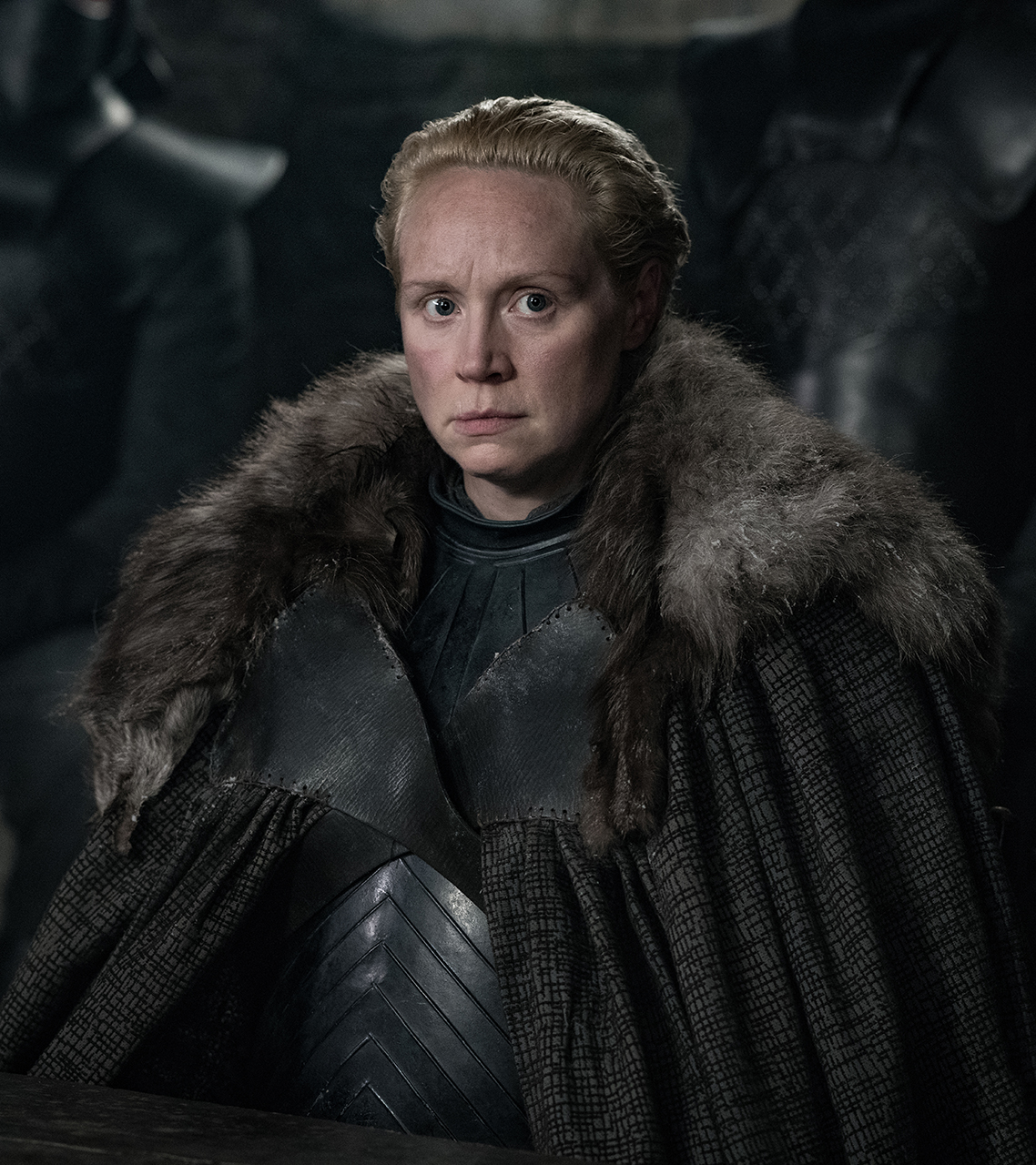 Asked about whether she’d like to see a love story for her heretofore all-swords-no-fun warrior Brienne of Tarth, Christie had an inspired idea: “Personally I’d like to see Brienne with Danny.” (Did someone say spinoff??) Dressed in a high fashion sailor suit, Christie won my award for appearing, in person, least like her onscreen character (though those of us in the Gwendoline Christie fan club already knew that). She was also extremely warm and chatty, and asked the name of every journalist and where they’re from. Which is exactly the kind of thing a new best friend would do. 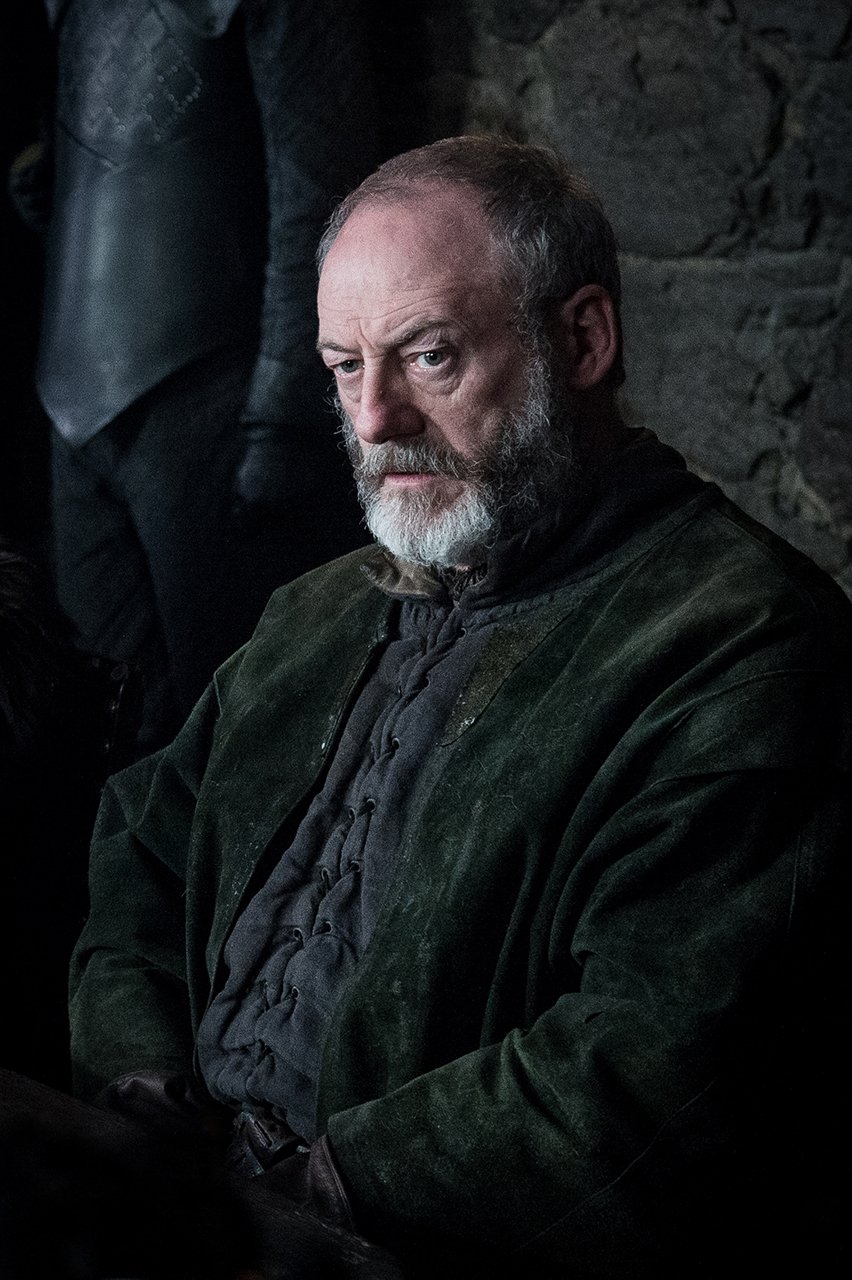 Obviously there were a lot of questions about what made the show so special and a lot of actors said it all came down to how that first season threw the traditional narrative playbook (and also the second youngest Stark kid) out the window. Liam Cunningham (who plays Ser Davos) put it best, saying. “They nailed their colours with the killing of Ned Stark in the first season. There’s a bit of a rule that the guy in the white hat is going to win. And then we saw Sean Bean have his white hat chopped off.” 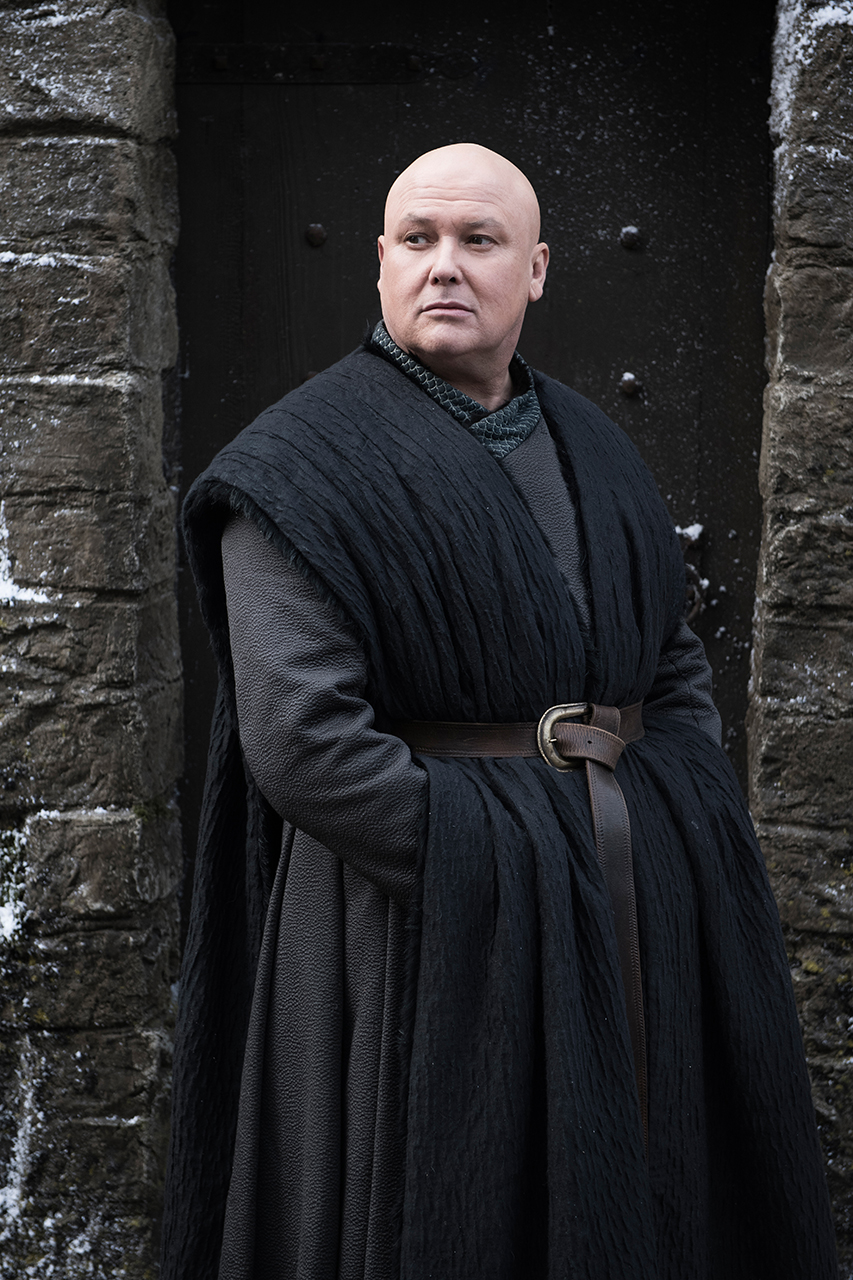 Trump came up in a few different conversations, generally in response to questions around life imitating art. Cunningham noted that POTUS has the “imagination of a small soap dish,” while Conleth Hill (who plays the scheming Lord Varys) said he found it “so offensive” when Trump “borrowed” the GOT lettering. “He probably hasn’t even seen two episodes.”

Sophie Turner wants to be more like Gary Oldman 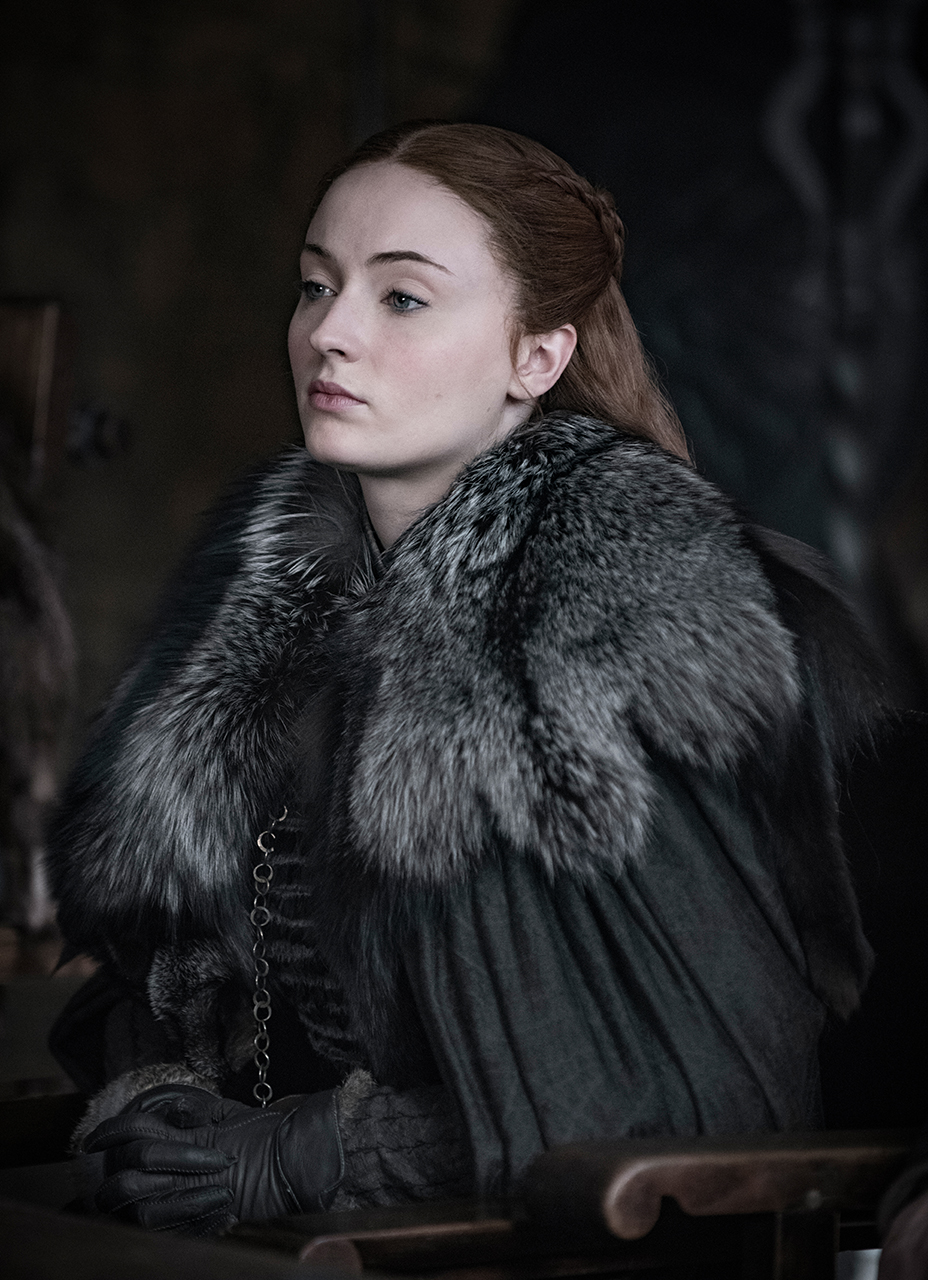 Talking about the challenges associated with celebrity status, the 23-year-old tabloid regular (and soon to be Mrs. Joe Jonas) wondered why Gary Oldman “doesn’t get photographed every time he walks out the door.” Her theory: “Maybe it’s because he doesn’t have Instagram. Maybe we should get off of Instagram.” Another possibility: Oldman isn’t marrying a Jo Bro.

There’s a Game of Thrones band!

Kristofer Hivju (the red-bearded warrior) and Rory McCann (the Hound) talked about what they did on their downtime, which included the forming of “The Brotherhood Without Banjos.” Other band members included Richard Dormer, Paul Kaye and Kit Harrington who was (wait for it) “on the maracas.” No word on whether they play covers or originals, but according to McCann they may take their show on the road sometime soon.  (Canadian dates, please!)