10 Fall Movies Worth Seeing In Theatres

From Tom Hanks as Mr. Rogers to Cats to star-studded mysteries. 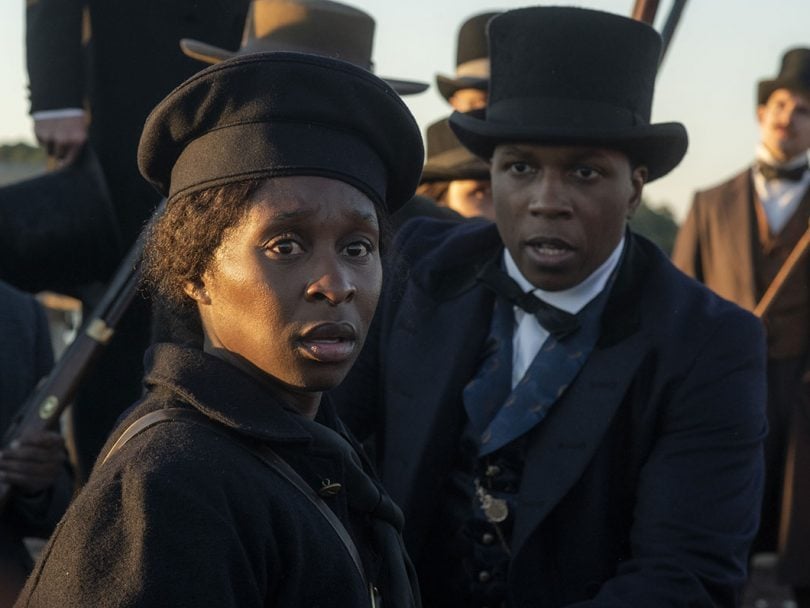 Renée Zellweger swings big for her first major film in a decade, embodying the iconic, unstable Judy Garland in the summer of 1969, just weeks before her death from an accidental overdose on sleeping pills. The film is controversial—Garland’s daughter Liza Minnelli has condemned it for even existing—but it’s generating massive Oscar buzz, especially for Zellweger, whose fragile and exuberant performance earned her a standing ovation at the Toronto International Film Festival.
September 27.

New Zealand director Taika Waititi has proven himself a master of movies big (Thor: Ragnarok) and small (Hunt of the Wilderpeople). His latest, a clever satire of Nazi Germany, falls somewhere in the middle. It’s about a young Nazi youth forced to reconcile his imaginary friend (a moronic Adolf Hitler, played by Waititi) with the fact that his mom is hiding a Jewish girl in their house.
October 18.

The South Korean director Bong Joon Ho sees social inequality for what it is: a horror show. His 2013 film Snowpiercer follows the class-divided survivors of a climate engineering experiment gone terribly wrong, while 2017’s Okja is about global corporations controlling who gets to eat and who doesn’t. On the face of it, his latest film is a knife-sharp black comedy about the escalating feud between two families, one rich and one poor, but beneath the satire is the pulse-pounding threat of an all-out class war.
October 25.

Of all the films coming out this fall, Martin Scorsese’s latest probably offers the most bang for your buck, at least in terms of running time: the theatrical release is a staggering three and a half hours (pee first!). The movie, about an aging mob hitman thinking back on his crimes, is the Scorsese-ist of Scorsese movies, combining the director’s favourite stars (Al Pacino, Joe Pesci and Robert De Niro in the title role) and favourite themes (crime, corruption and tortured masculinity).
November 1.

The heroic abolitionist Harriet Tubman has been the subject of books, TV shows and operas, but this new biopic from director Kasi Lemmons is somehow the first time her story has been told on the big screen. The movie follows Tubman’s life as a slave in Maryland through her escape to Philadelphia and eventually to her work on the Underground Railroad and service in the Union Army. Broadway geeks, take note: the film stars Cynthia Erivo, who won a Tony for playing Celie in The Color Purple, and Leslie Odom, Jr., who also won a Tony that same year for originating the role of Aaron Burr in Hamilton.
November 1.

Imelda Marcos, the former first lady of the Philippines, has been reduced to a punchline: the woman owned a lot of shoes. But in her new documentary, director Lauren Greenfield depicts her with depth and pathos, as Marcos thrusts her son into Filipino politics and lives in aggressive denial about the family’s history of corruption and tyranny. Greenfield is skilled at capturing this particular blend of cluelessness and tragedy: her last film, The Queen of Versailles, was an unforgettable portrait of a Florida billionaire’s wife who loses everything in the 2008 financial crisis.
November 1

A Beautiful Day in the Neighbourhood

Who better to play the dad of public television than the dad of Hollywood? Tom Hanks dons the iconic red cardigan to portray Fred Rogers, the marshmallow-hearted, progressive-minded, quiet revolutionary of 1970s kids’ TV, who spent three decades touting acceptance and empathy on PBS’s Mr. Rogers Neighborhood. Those who desperately miss The Americans will also appreciate the return of accent wizard Matthew Rhys as a cynical magazine writer who befriends Rogers.
November 22.

While you desperately wait for Wes Anderson to make another movie—it’s happening next year, folks!—this super-fun murder mystery should be wacky enough to hold you over until then. The film is about an octogenarian crime novelist (played by the still-dapper Christopher Plummer, a.k.a. Captain von Trapp) who is found dead at his birthday party, casting suspicion on his bizarre and maladjusted family members. The cast alone is worth the price of admission, featuring Plummer, Daniel Craig, Jamie Lee Curtis, Toni Collette, Lakeith Stanfield and a shieldless Chris Evans.
November 27.

The live-action adaptation of Andrew Lloyd Webber’s musical is simultaneously the most anticipated and most dreaded blockbuster of the year. On the one hand, the image of Taylor Swift and James Corden in fuzzy CGI catsuits might be too horrifying to overcome. On the other, director Tom Hooper worked cheesy magic with 2012’s Les Misérables, and Jennifer Hudson belting “Memory” is bound to be iconic; maybe it deserves the benefit of the doubt. Either way, you know you’re going to see it.
December 20.

When Greta Gerwig first announced her new adaptation of Little Women, we were skeptical: the 1994 movie, with Winona Ryder’s dollar-store wig and Claire Danes’ chin-quivering death and Christian Bale at his cutest, is irreplaceable. But Gerwig’s version looks…kind of amazing. You’ve got plucky heroine extraordinaire Saoirse Ronan as Jo. You’ve got Timothée Chalamet swooshing his curls as Laurie. Even Meryl Streep is at her bitchy best as Aunt March. We admit it—we can’t wait.
December 25.