Here's what Disney+ subscribers should look out for in October on the streaming service. 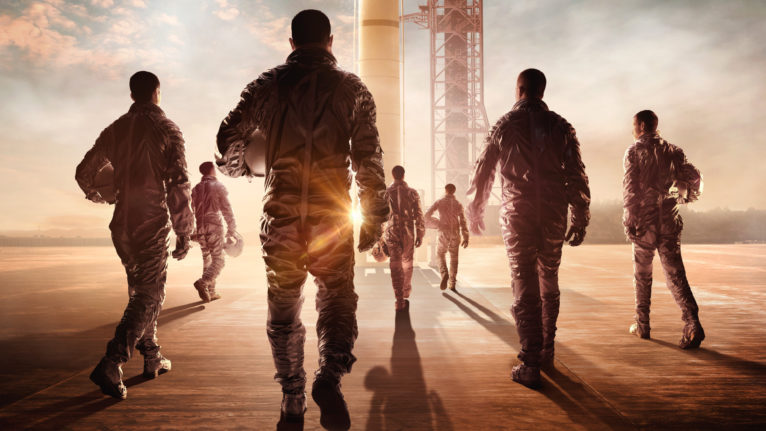 Disney’s biggest National Geographic production to date is a series adaptation of Tom Wolfe’s nonfiction book about the test pilots who were selected to be America’s first astronauts. Wolfe’s book was split between the astronauts and a legendary test pilot, Chuck Yeager, who was not selected for the program because he wasn’t a college graduate; the book made Yeager its real hero and was often surprisingly cynical and satirical about the space program. Philip Kaufman’s 1983 film (a critical success but not a commercial one) followed the book, but the series, at least to start with, seems to be focusing more on the astronauts and the period setting; Yeager is conspicuously absent from both the episode descriptions and the cast list.

Friday, October 9 (first episode): “Sierra Hotel” – Shaken by the success of the Soviet Union’s space program, the U.S.A. selects test pilots to be sent into space.

Friday, October 9 (second episode): “Goodies” – The new astronauts must deal with unprecedented media scrutiny of their public and private lives.

Friday, October 30: “The Kona Kai Seance” – The possibility of female astronauts is discussed; the media-savvy, ambitious John Glenn starts to get on the other astronauts’ nerves.

The pandemic has proved that Disney was wise to launch a streaming service, but not so wise to have almost no new content ready to go after the first season of “The Mandalorian.” Despite only being eight episodes long, the first season did the impossible by creating a piece of Star Wars content that didn’t enrage a portion of the fanbase, and created a breakout hit character in the little puppet everyone calls “Baby Yoda.” Now the second season is ready, and it continues the story of the title character (Pedro Pascal) trying to protect Baby Yoda as the two of them wander the galaxy and have adventures that are charmingly reminiscent of 1990s syndicated TV.

Friday, October 30: [Title TBA] – Disney hasn’t released a story or title for this episode yet, but series creator Jon Favreau (Iron Man) wrote and directed it.

Earlier this year, Disney launched “Zenimation,” where soothing music plays over Disney animation clips. Now the same clips are back in extended versions.

A Disney+ movie that wasn’t produced by Disney? It’s true: Justin Baldoni (“Jane the Virgin”) produced and directed this film for Warner Bros., based on the life of the late singer/songwriter Zach Sobiech (played by Fin Argus, with Neve Campbell and Tom Everett Scott as his parents), whose signature song “Clouds” provides the title of the film. Though set in Minnesota, the film was mostly shot in Quebec in 2019, with a 2020 theatrical release planned. When the release was canceled due to the COVID-19 pandemic, Disney+ picked up the distribution rights.

Once Upon a Snowman (October 23)

A new animated short from Disney’s animation department, filling in the backstory of Olaf (voiced by Josh Gad) the popular snowman character from the Frozen movies.

In this National Geographic series, consisting of six episodes, we tour a wildlife refuge in Louisiana where over 300 chimpanzees live. Jane Lynch narrates the series, which aims to help us understand how chimps live and love and argue.

A new batch of episodes for Disney+’s game show (hosted by Yvette Nicole Brown and a robot) where the contestants are children who are presented with two adults, one telling them the truth, the other lying — and they have to figure out which is which.

National Geographic was prevailed upon to become more of a Disney team player with this documentary series, which focuses on the natural wonders of a Disney theme park.

Friday, October 9: “Betty and the Beast” – The theme park tries to get a male pig and a female pig to mate and have a baby pig.

Friday, October 16: “Meet the Mandrills” – The theme park tries to pacify a group of squabbling female mandrills by putting an attractive male mandrill in captivity with them.

Friday, October 23: “Aardvark Love!” – The theme park tries to get a male aardvark and a female aardvark to mate and have a baby aardvark.

One Day at Disney
Still more promotional short films about Disney employees and the jobs they do.

National Geographic hosts Carly Ciarrocchi and Charlie Engleman have fun learning science and nature facts and how to apply them to their everyday lives.

Friday, October 2: “Our Solar System” – Carly and Charlie try to find out if it would be a good idea to go on a spaceship and explore other planets.

Friday, October 9: “Cooking” – Carly and Charlie visit the Culinary Institute of America when they realize they never learned to cook.

Friday, October 16: “Explorers” – Carly and Charlie try to find out what exploration is and whether it would make a good school science project.

Friday, October 23: “Scuba Diving” – Carly tries to conquer her fear of scuba diving by learning more about it.

Friday, October 30: “Camping” – Carly and Charlie visit a national park in Arizona to learn what camping is and how to get good at it.