Is this really an honest depiction of what separation looks like? 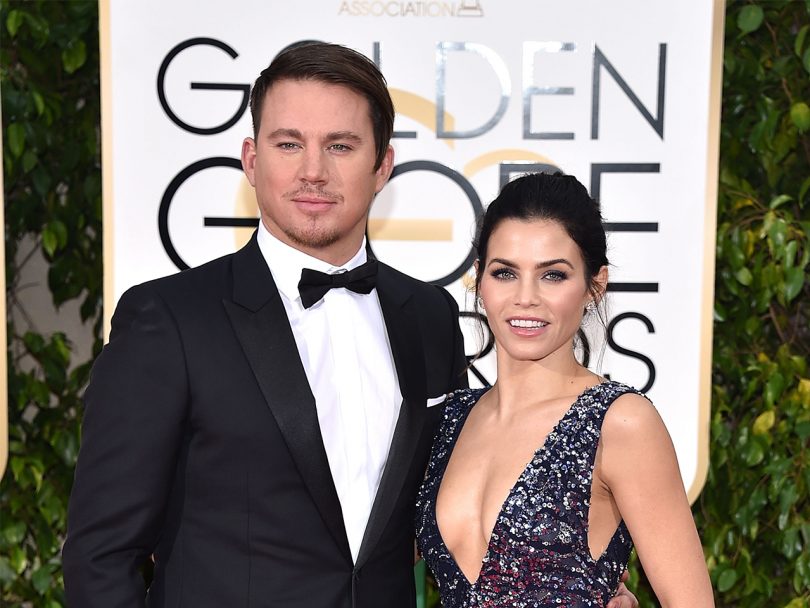 As it did for many people, the news that Channing Tatum and Jenna Dewan are breaking up after almost nine years of marriage made me sad. Damn, I thought, they seemed like such a great, if nauseatingly perfect, couple.

Then I read the statement they dispatched via their social media accounts Monday evening, and it was confirmed that, even en route to Splitsville, they are still nauseatingly perfect — or at least trying to appear that way.

“Hey world!” began the two paragraph statement, set against a mauve and yellow backdrop reminiscent of a sunrise (or a sunset, in the case of their coupling? I dunno). “So…We have something we would like to share.”

They dove into the typical control-the-message-in-guise-of-genuine-concern-that-you-the-fan-have-a-right-to-news-from-the-source. Then, they broke the news gently (because of course they knew people would be VERY upset):

“We have lovingly chosen to separate as a couple.

“Absolutely nothing has changed about how much we love one another, but love is a beautiful adventure that is taking us on different paths for now,” they wrote.

Riiiiight. As a colleague wryly stated this morning, “Their break-up is happier than my marriage!”

While I don’t doubt that they are really just “two best-friends realizing it’s time to take some space and help each other live the most joyous, fulfilled lives as possible,” and that they are “still a family” and intend to co-parent their child, I can’t help but feel this statement does a disservice to splintering couples everywhere. Is it really an honest depiction of what can be an emotionally complex experience? Are you allowed to be pissed off, disappointed, angry or grieving, even?

Ever since Gwyneth Paltrow announced she and Coldplay singer Chris Martin were “consciously uncoupling,” there has been a celebrity trend of amicable breakups. In many ways, this is healthy role modelling — who doesn’t want to be a force for good, especially if there are kids involved? And true, many couples do drift apart romantically over the years, and there are new, enlightening and very realistic conversations taking place about the suffocating expectations of marriage and monogamy and the new cultural permission to wrestle free of those chains.

Actors Anna Faris and Chris Pratt took the amicable-breakup route when they announced their separation back in August. And while they did express disappointment at the time, it took until last month for Faris to reveal some of the complexity behind the public face of a couple once described as “relationship goals.”

“I think what we were also guilty of, although we had an unbelievable marriage… we obviously cultivated something. And it was rewarding for awhile. It was like, ‘Oh people seem to think we got all this shit all right,'” Faris told Dax Shepard on his podcast, Armchair Expert.

Maybe, to be fair to the Tatum-Dewans, they’re more comfortable dealing with the tough stuff in private. And that’s OK. Or maybe it really is all totally fine between them. For some couples it is.

But if they’re really so intent on having us all look on the bright side, I must be safe to admit my other thought when I read the news: Hot damn, y’all, Magic Mike is single!