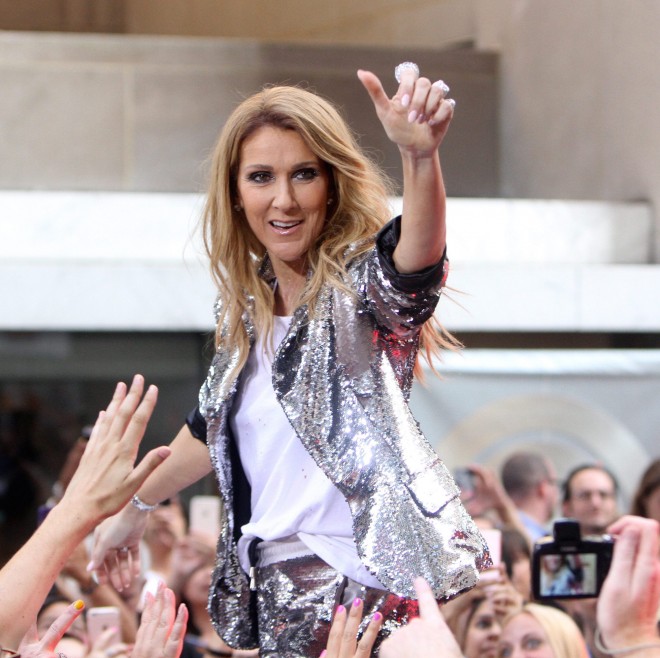 Céline Dion is on total tear of a comeback following the January death of her husband, René Angélil, and promoting her new French-language album, which drops August 26.

She hammed it up Thursday on The Tonight Show with Jimmy Fallon, showcasing her second-to-none pipes and wicked sense of humour playing “Wheel of Musical Impressions,” in which the biggest musicians sing a totally random song in the style of a totally random performer.

Until now, Ariana Grande was the reigning queen of late-night television celebrity impersonations — her Christina Aguilera perfectly on point, her Britney completely boss. Ironically, Grande’s crown jewel has always been her chest-thumping ode to Céline Dion. (“Shall we go for eet?”)

Bow down, Grande, bow down.

More:
A date with Kim Cattrall: Almost 60, still sexy and still single
The world’s most famous stock photo model is a mysterious Canadian
The best on Earth chocolate comes from … Canada?!