Céline Is Back! What You Need To Know

The Canadian icon is touring again. 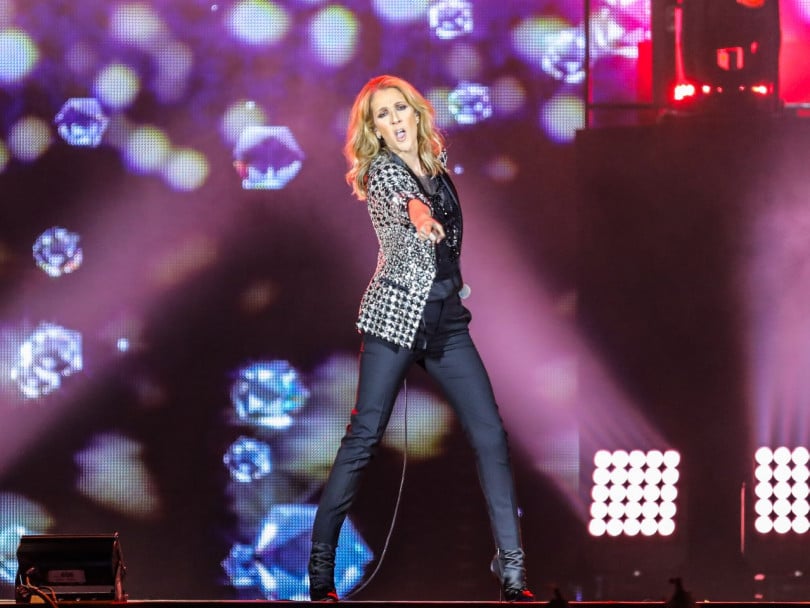 Music fans let out a collective OMD (that’s Oh Mon Dieu) when Céline Dion announced plans this week for a new album and a world tour, both titled “Courage.” This surprise next chapter sees one of Canada’s most treasured songbirds emerging from her Las Vegas cocoon after an almost 17-year residency. It’s also part of a larger (and, may we add, richly deserved) Dionaissance—the singer who was once a guilty pleasure has emerged as the Queen of the World. Here, everything you need to know about the tour, her new project and that hunky backup dancer who probably isn’t (but maybe just might be) her boyfriend.

First things first—yes, she’s stopping in Canada (Quebec City, Montreal, Ottawa, Toronto, Vancouver, Saskatoon and Winnipeg), and no, you can’t get tickets yet. That happens on April 12 for regular folk and four days earlier (April 8) for members of the Team Céline fan club. Announcing the big news at a Facebook Live event in Los Angeles, Dion explained that she came up with “Courage” because she “went through a lot. And life had given me the tools to find my inner strength, to find courage, to keep going.” (The name also has the Céline-friendly advantage of working in French and English). When asked what fans could expect from the tour (her first North American one in ten years!) Dion wasn’t able to provide much info, saying only that it won’t be like Vegas and it will be “the most spectacular.” (Coming from a woman who has a water park in her backyard, that means something.)


Courage the album will likely be out around November, though no official release date has been set. At the moment, Dion revealed, she has too many options: “The problem is that I can’t make up my mind. I can’t choose. I don’t have one album, I’m up to four. I think I have 48 songs, and they ask me to pick 12.” Collaborators on the album include Sia (she of the wig and the Chandele-heeeeeere, who has written for Dion in the past) as well as the American indie rocker LP who Dion discovered during ballet class.

Because one big announcement per week is positively pedestrian, the day before the L.A. event Dion announced her new status as a L’Oréal brand ambassador. “To think, after years of being bullied at school—I was very, very skinny—that I would be asked at 50, 51 years old to become an ambassador—it’s a miracle!” Note that’s while it’s great to see our girl get this kind of global validation, we Canadians don’t need a beauty brand to tell us our girl is “Worth It.”

This year marked 20 years since Dion wore that infamous backwards white suit and fedora combo to the Academy Awards. At the time the look got a near-universal thumbs-down, but finally it seems like the rest of the fashion world is recognizing Céline as a style idol ahead of her time. See: Her new status as the Queen of Paris Fashion Week, street style and Instagram fashion plate extraordinaire, dressed in leather overalls or a leopard track suit or a bizarre-but-amazing evil space captain ensemble. Last month Vogue confirmed her “arrival onto the world fashion stage.” About two decades too late, but anyway…

Being back in the spotlight has meant contending with heightened tabloid attention, including the suggestion that Dion is entangled with her 34-year-old back-up dancer Pepe Muñoz. These rumours peaked back in January when the pair were seen looking pretty not-platonic at a couple of events. Dion, who has not been publicly linked to anyone since her husband René Angélil died in 2015, fired back, telling Britain’s The Sun, “We’re friends, we’re best friends. Of course we hug and hold hands and go out, so people see that. I mean, he’s a gentleman.” And maybe that sounds a little suspect. (A lot of us don’t hold hands with our platonic male friends), but then again this is Céline, and she’s nothing if not a little offbeat. Speaking of which…

Please enjoy this “Farewell to Vegas” video Dion released, which is Peak Céline in every way. Expect rhinestone Boss hats to sell out by the time you finish this sentence.