Who's your favourite lifestyle guru?

From Martha to Gwenyth to now Reese, the list of celebrity lifestyle brands are on the rise — but do you buy into it? 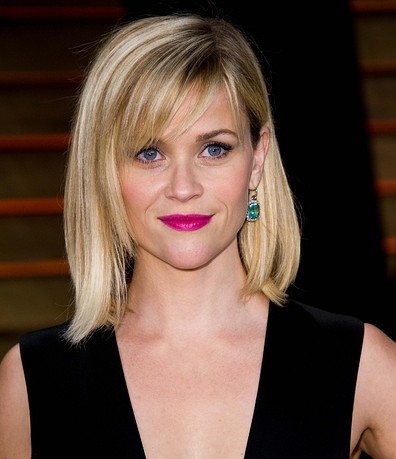 The words “celebrity” and “lifestyle” are nearly synonyms today. Inextricably entwined, even our shampoo and toothpaste choices are influenced by celebrity endorsements. Given our preference for celeb-sanctioned goodies it’s hardly surprising that companies compete to get the celeb seal of approval. Who can blame them in a climate where a simple tweet from an A-lister can result in an instant spike in sales?

Some boldface names have made their mark by positioning themselves as lifestyle authorities. Oprah Winfrey and Martha Stewart have long been considered the queens of lifestyle, divvying up the planet between the two of them. Martha caters to overachieving A-types that consider ironing their sheets a necessity (I highly recommend you try this; it is amazing) and that you know how to bake, braise and craft with professional zeal. Oprah woos those less disciplined soulful types who seek spiritual growth in addition to free cars, cookies and cashmere sweaters. (What woman alive hasn’t dreamed of being in the Oprah audience during her former “Favourite Things” episodes?)

In the past five years, Winfrey and Stewart have given some ground away to younger, hipper stars. Savvy celebs like Gwyneth Paltrow and Jessica Alba have both set up lifestyle brands in the past few years. Paltrow’s Goop is geared toward the affluent urban mother with money to burn, while Alba’s Honest Company is geared toward middle class parents who have the means to buy green, sustainable and eco-friendly goods.

Now actress Reese Witherspoon is getting in on the lifestyle racket (via The Daily Mail). The Legally Blonde  star is reportedly working on launching her own brand, which will focus on her southern roots.

Martha, Oprah, Gwyneth, Jessica, and now Reese. Consumers may be spoiled for choice when it comes to celebrity lifestyle brands. That’s probably a good thing. Because consumers aren’t as one-note as brand executives like to think. That’s because consumers are three-dimensional entities (read: not celebrities) with limited financial means and possessed of their own healthy skepticism about the necessity of ironed sheets and non-toxic detergent.

In my lifetime, I’ve been a Martha, an Oprah and even a Gwyneth (though only on my credit card). I don’t know if I’ll ever be a Reese, but time will tell.