'You'll Go Through Times When You Haven't Had Sex In A Year': Pink And 10 More Celebs On Monogamy

In a new interview with The Guardian, Pink opened up about her 11-year, sometimes-sexless marriage. Here's what she and 10 more celebs have said about monogamy. 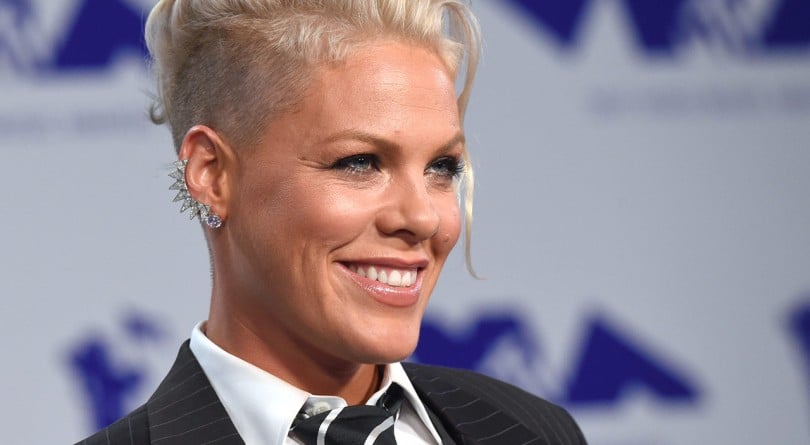 In a recent interview with The Guardian, Pink gave a warts-and-all account of her 11-year marriage to pro moto racer Carey Hart. Her take: “Monogamy is work!” And also: “You’ll go through times when you haven’t had sex in a year.” The singer-slash-provocateur-slash-wife-slash-mom isn’t the first celeb to share her feelings on long-term relationships. Read on to hear these stars share their thoughts on monogamy.

Married to musician Benji Madden since 2015
“A lot of people chase after [marriage] because they’ve been told, ‘This equals happiness.’ They chase it, they get it, and they find out, ‘Why did I think this was going to make me happy? I’m miserable!’ … I don’t know if anyone is really naturally monogamous. We all have the same instincts as animals. But we live in a society where it’s been ingrained in us to do these things.”
—InStyle, 2014

Married to actor Hugh Dancy since 2009
“I was talking to my friend about [whether monogamy] is feasible, is it realistic? I resolved that there isn’t really a better model. We just can’t shake monogamy. It definitely demands a kind of rigor and discipline and selflessness. But it’s also fun.”
—BlackBook, 2009

Married to Uma Thurman from 1998–2005; married Ryan Shawhughes in 2008.
“People have such a childish view of monogamy and fidelity — he cheated so he’s bad, she’s cheated so she’s bad,’ as opposed to a recognition that our species is not monogamous … My relationship with my present wife is thrilling to me and I’m committed to it. But neither she nor I know what shape the future will come in. Sexual fidelity can’t be the whole thing you hang your relationship on.”
—Mr. Porter, 2013

Married to Jada Pinkett Smith since 1997
“You’re going to be attracted to people. In our marriage vows, we didn’t say ‘forsaking all others’ … The vow we made was that you will never hear that I did something after the fact.”
—Daily Mail, 2005

Married to Dax Shepard since 2013
“[Dax is] very direct about his emotions and I’m grateful for that because it lets me in on the way he thinks as far as tending to our marriage — when we should go to therapy, when we have to be better at intimacy, all those things in order to meet each other’s needs. He’s very open about what he needs to stay satisfied in our relationship, because if one partner isn’t satisfied, you just kiss it goodbye; somebody’s going to stray.”
—Men’s Journal, 2017

Consciously uncoupled from Chris Martin in 2014
“I am a great romantic – but I also think you can be a romantic and a realist. Life is complicated and long and I know people that I respect and admire and look up to who have had extra-marital affairs. It’s like we’re flawed – we’re human beings and sometimes you make choices that other people are going to judge. That’s their problem, but I really think that the more I live my life, the more I learn not to judge people for what they do. I think we’re all trying our best but life is complicated.”
—speaking at the Venice Film Festival, 2011

Has three ex-husbands
“Sometimes in a relationship, people can’t always get what they need, and if you have reputable people you can turn to in order to get what you need, I say go for it. It is a whole lot better than being frustrated and angry at the person you love.”
—in her 2015 book, If Someone Says “You Complete Me,” RUN!

Married and divorced twice
“I don’t think it’s natural to be a monogamous person. I might be skewered for that, but I think it’s work. It’s a lot of work. And the fact that it is such work for so many people — for everyone — the fact of that proves that it is not a natural thing. It’s something I have a lot of respect for and have participated in, but I think it definitely goes against some instinct to look beyond.”
—Playboy, 2017

Split from Brad Pitt last year
“I doubt that fidelity is absolutely essential for a relationship. It’s worse to leave your partner and talk badly about him afterwards … Neither Brad nor I have ever claimed that living together means to be chained together. We make sure that we never restrict each other.”
—in the German magazine Das Neue, 2009

Infamously caught with a sex worker while in a long-term relationship with Liz Hurley
“If you ask me the question, ‘Do I think human beings are meant to be in 40-year-long monogamous, faithful relationships?’ No, no … I always admire the French and the Italians who are very devoted to their marriages. They take them extremely seriously, but it is understood that there might be other visitors at 5 o’clock in the afternoon.”
—on the Howard Stern Show, 2016