The Duchess of Sussex's British Vogue editor's letter also includes some insight into her editorial process. 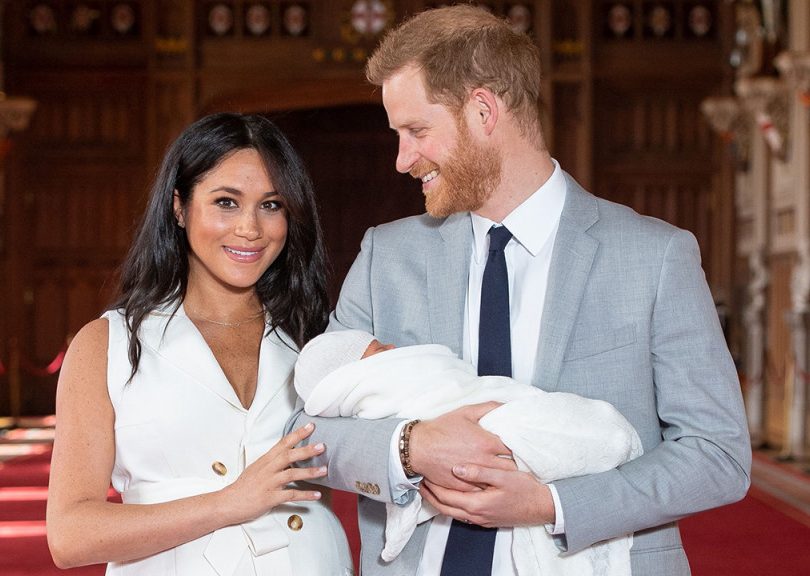 The Duchess of Sussex has had a busy few months.

In May, she and husband Prince Harry welcomed son Archie Harrison into the world and have spent the last few months adjusting to their new lives as parents. And prior to her son’s birth, she also started on a new project: guest-editing the September issue of British Vogue. Now, she’s offered the world a rare glimpse into both experiences in her editor’s note for the publication.

“I was about five months pregnant when this process began, and by the time you hold this issue in your hands, my husband and I will be holding our three-month-old baby boy in ours,” the 37-year-old wrote. “It’s a very special time for me personally, on so many levels; working with Edward [Enninful, British Vogue’s editor-in-chief] and his team, both during my pregnancy and my maternity leave, has played no small part in that joy — it has been a privilege to be welcomed and supported by this amazing team.”

We are proud to announce that Her Royal Highness, The Duchess of Sussex is the Guest Editor for the September issue of @BritishVogue. For the past seven months, The Duchess has curated the content with British Vogue’s Editor-in-Chief Edward Enninful to create an issue that highlights the power of the collective. They have named the issue: “Forces for Change” For the cover, The Duchess chose a diverse selection of women from all walks of life, each driving impact and raising the bar for equality, kindness, justice and open mindedness. The sixteenth space on the cover, a mirror, was included so that when you hold the issue in your hands, you see yourself as part of this collective. The women on the cover include: @AdwoaAboah @AdutAkech @SomaliBoxer @JacindaArdern @TheSineadBurke @Gemma_Chan @LaverneCox @JaneFonda @SalmaHayek @FrankieGoesToHayward @JameelaJamilOfficial @Chimamanda_Adichie @YaraShahidi @GretaThunberg @CTurlington We are excited to announce that within the issue you’ll find: an exclusive interview between The Duchess and former First Lady of the United States Michelle Obama, a candid conversation between The Duke of Sussex and Dr Jane Goodall, inspirational articles written by Brené Brown, Jameela Jamil and many others. Equally, you’ll find grassroots organisations and incredible trailblazers working tirelessly behind the scenes to change the world for the better. • “Guest Editing the September issue of British Vogue has been rewarding, educational and inspiring. To deep dive into this process, working quietly behind the scenes for so many months, I am happy to now be able to share what we have created. A huge thanks to all of the friends who supported me in this endeavour, lending their time and energy to help within these pages and on the cover. Thank you for saying “Yes!” – and to Edward, thank you for this wonderful opportunity.” – The Duchess of Sussex #ForcesForChange

The duchess went on to reveal she first met with Edward early in the new year to discuss the collaboration.

“What evolved over the next hour was a promising pow wow of two like-minded thinkers, who have much in common, including our love of writing,” she noted. “Over a steaming cup of mint tea, we teased through how one can shine light in a world filled with seemingly daily darkness. Lofty? Of course. Worth it? Without question.”

She eventually suggested guest-editing the special collector’s issue to Enninful over text.

“I asked the question,” she wrote. “Actually, I typed and deleted the question several times until I built up the courage to ask the question in question. ‘Edward… instead of doing the cover, would you be open to me guest-editing your September issue?’”

The duchess said she was elated when she received the editor’s response.

“And then it appeared, EE’s reply: ‘Yes! I would love for you to be my guest editor,’” she recalled. “Sitting on my sofa at home, two dogs nestled across me, I quietly celebrated when the words appeared on my screen.”

The result of the collaboration is a September Issue dubbed “Forces for Change,” featuring 15 barrier-breaking women on its cover, including Christy Turlington and Jane Fonda. The magazine also includes candid conversations between Meghan and former US First Lady Michelle Obama and Dr. Jane Goodall.

“These last seven months have been a rewarding process, curating and collaborating with [Edward] to take the year’s most-read fashion issue and steer its focus to the values, causes and people making impact in the world today,” the duchess said in an additional statement.

“Through this lens I hope you’ll feel the strength of the collective in the diverse selection of women chosen for the cover as well as the team of support I called upon within the issue to help bring this to light. I hope readers feel as inspired as I do, by the ‘Forces for Change’ they’ll find within these pages.”