5 Book-To-TV Adaptations To Watch This Spring

From Pachinko to Conversations with Friends, here are five popular novels we can't wait to see onscreen. 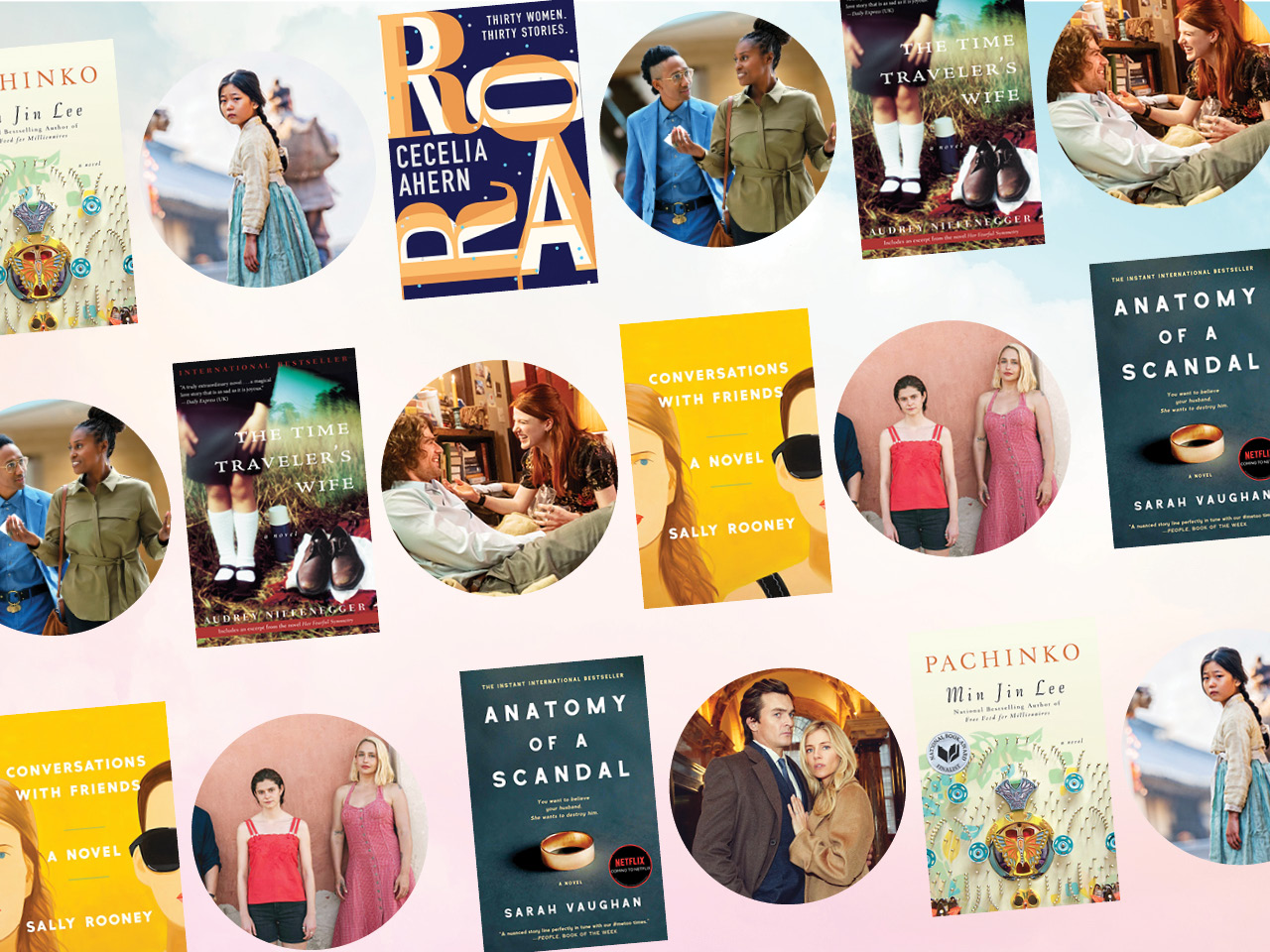 Is the book really better than its onscreen adaptation? Decide for yourself this spring with five riveting new shows based on these popular novels.

Bestselling author Min Jin Lee’s historical epic follows four generations of a Korean family and the triumphs and challenges they face upon immigrating to Japan amid political and cultural turmoil. The TV version, which is just as moving and stunning as the book, stars newcomers Yu-na Jeon, Minha Kim and Oscar winner Youn Yuh-jung as fierce heroine Sunja at different ages.

Anatomy of a Scandal (out now, Netflix)

Adapted from Sarah Vaughan’s novel of the same name, this show tells the story of Sophie (Sienna Miller), whose life is upended when her politician husband (Rupert Friend) confesses to having an affair and is then accused of much worse. Add in a lawyer (Michelle Dockery) determined to get justice and you have perfect Friday-night plans.

Irish novelist Cecelia Ahern is perhaps best known for making readers cry with her women-centric stories, like PS, I Love You. The adaptation of her 2018 collection of short stories, Roar, brings together A-listers like Nicole Kidman, Issa Rae and Cynthia Erivo. Each episode focuses on a different woman, blending magical realism with dark comedy.

The Time Traveler’s Wife (May, Crave)

This is the second screen adaptation of Audrey Niffenegger’s award-winning sci-fi romance novel from 2003. Lovers Henry and Clare must navigate the complexities that arise due to a condition that causes Henry to randomly time travel. The HBO series affords more space to let the chemistry between stars Theo James and Rose Leslie simmer.

Conversations with Friends (May 15, Amazon Prime)

It was only a matter of time before Sally Rooney’s debut book, Conversations with Friends, made its way to our screens. Luckily, much of the same creative team from Normal People is back for the highly anticipated series, which follows two college-aged friends whose lives become entangled with a married couple’s, disrupting their profound bond.