The Biggest Royal Events For 2020

Including a secret project, a TV show with Oprah and a royal wedding. 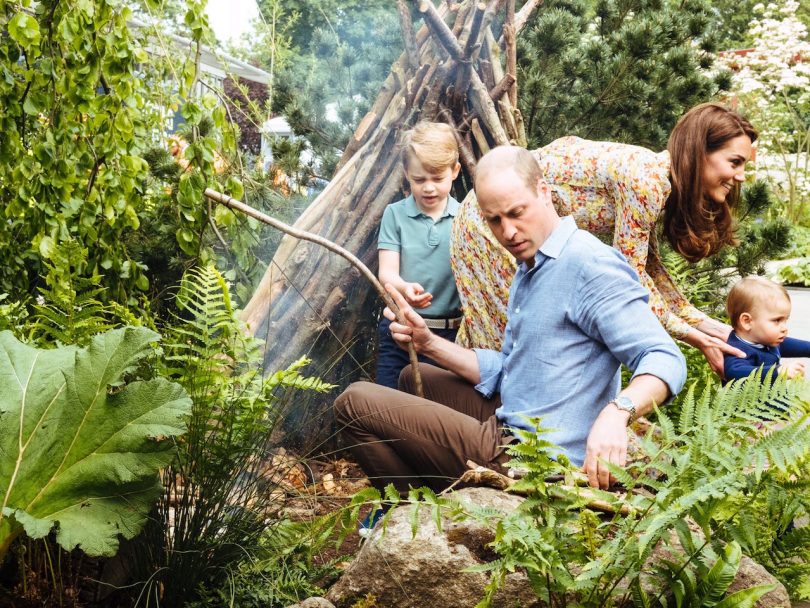 The launch of Sussex Royal

Get ready for the official unveiling of Sussex Royal, Harry and Meghan’s new charity. In the summer of 2019, it was announced that the Duke and Duchess of Sussex would be branching out on their own and leaving the Royal Foundation that Harry started with Prince William. In a speech Meghan said “my husband and I will continue doing, really strong community-based projects and this is something that we’ll be excited to be able to share more about next year, when we launch our foundation, Sussex Royal, in 2020.” Since getting married, Meghan and Harry have launched a charity cookbook, a clothing line, a sustainable travel initiative—and the most adorable baby. We can only imagine the amazing things they’ll do next with their new charity—likely more projects focussed on conservation, mental health, and empowering women.

Kate is working on a top-secret project for 2020. In November, the Duchess of Cambridge met with the BBC ahead of anti-bullying week, which left everyone wondering what she’s up to (and if she’s trying her hand at news anchoring?). No details of the meeting have been released, but Russell Myers, the royal editor at the Daily Mirror, tweeted “it is a really interesting project and next year will be a big year for her with this line of work.” We are royally intrigued to see what she’s creating. A documentary? A multi-show series?

Prince Andrew will continue to be under severe scrutiny

After Prince Andrew’s disastrous BBC interview about his friendship with convicted pedophile Jeffrey Epstein, it was announced that the Duke of York would (finally!) be stepping back from royal duties for the “foreseeable future.” He will no longer be able to attend state visits, Remembrance Day or other royal events—though he could possibly join family occasions like Trooping the Colour and church on Christmas Day. On the legal front, the Sunday Times reports “the FBI wants to interview Prince Andrew over his connection to Jeffrey Epstein.” And things are only getting worse for the prince after a recent investigation showed that he was doing some less than above-the-board things while he was Britain’s trade envoy. There are now calls for him to be stripped of “His Royal Highness” title. 2020 is looking like it will be another rough year for the prince.

On May 6, 2020, Archie Harrison Mountbatten-Windsor will turn one. Meghan and Harry like to celebrate milestones by releasing never-seen-before photos and videos on the Sussex Royal Instagram—like they did on their first anniversary, when they posted a new-to-us wedding video. One can only hope that we get a video montage of Archie to celebrate the little guy’s birthday. Or, maybe, like William and Kate, the couple might release some sweet new pictures of Archie.

Her Royal Highness Princess Beatrice and Mr Mapelli Mozzi became engaged in Italy earlier this month. The wedding will take place in 2020. This photograph was taken by Princess Eugenie in Italy.
© Princess Eugenie pic.twitter.com/sTFjUqk3My

No year is complete without a royal wedding. Princess Beatrice is set to marry Edoardo Mapelli Mozzi at some point next year. (No details have been announced.) The joy of a royal wedding lies in the splendour: the dress, the dazzling tiara, the flowers and the Queen at the head of it all. But it will all need to be toned down. A big royal wedding like the one her sister Princess Eugenie had at Windsor Castle seems out of the question in light of the outrage surrounding her father Prince Andrew. It seems more likely that Bea and Edo will have a private wedding, with photos released after. It certainly won’t be televised and there will be no carriage ride through the city.

The Duke and Duchess of Cambridge are very pleased to share a photograph of Prince George and Princess Charlotte at Kensington Palace this morning.

The photo was taken shortly before Their Royal Highnesses left for Thomas’s Battersea pic.twitter.com/oiMKArFQnd

At this point, Prince George and Princess Charlotte could be professional bridal party attendants. They have served as an adorable page boy and flower girl four times in the last two years: for Aunt Pippa, Uncle Harry, Charlotte’s godmother, Sophie, and cousin Eugenie. Next year, they will return to their roles for Uncle James’s wedding to Alizee Thevenet. James, who is Kate’s youngest sibling, has said his wedding will be small because he’s had enough “big weddings.” Touché, James! Even though it’s small, you can bet he will want to include his nephews and niece. George and Charlotte can show Prince Louis what it takes to steal the wedding spotlight.

If The Morning Show didn’t tempt you to get Apple TV+, then maybe Prince Harry and Oprah Winfrey’s new show will. The pair are co-creators on a multi-part documentary for the network about “mental illness and mental wellness, inspiring viewers to have an honest conversation about the challenges each of us faces,” said a statement from Kensington Palace. While there are still no details about when the show will premiere in 2020 or what it will be called, Oprah has said the royal is very involved in the process. “He has lots of opinions,” she told a group of paparazzi. Harry has been incredibly honest about his own struggles with mental health after his mother’s death, and while there’s no confirmation that he will be in the show, one can only hope the royal will make an appearance to tell his story and help inspire others to do the same.