Why Beyoncé's CMA performance means more than you think

Can Bey be country if she's black? Can the Dixie Chicks be country if they're Democrats? Their collaboration on "Daddy Lessons" raised questions among genre purists. 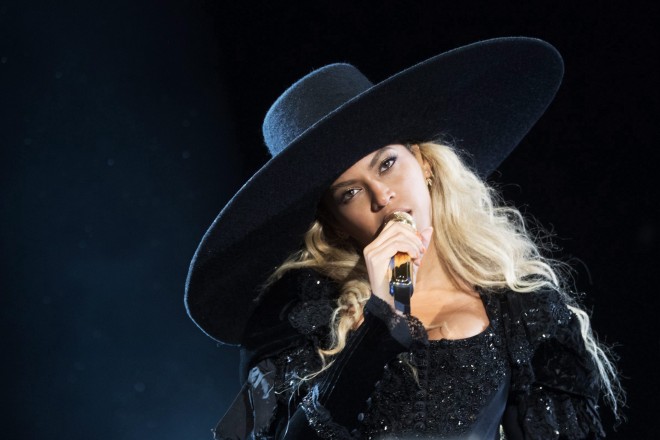 As music fans in general might agree, Beyoncé’s performance with the Dixie Chicks at Wednesday’s 50th Country Music Awards was nothing short of epic. But its power wasn’t in Queen Bey’s flawless vocals, the big band saxophone sound or all the fun she and her fellow Texans clearly had onstage at country music’s biggest night.

Their rendition of Beyoncé’s “Daddy Lessons” struck right at the heart of prejudicial tensions in America right now, just days before the most important U.S. election in decades. It also served as reminder of the roots of country music — in both black gospel and badassery.

Beyoncé’s presence at the Country Music Awards was a sore point for some country music fans who would much rather pop stars — particularly those shining a light on the most important issues playing out in America right now — stay in their lane.

Since Lemonade’s release in April, fans of the (incredibly white) genre have debated the country cred of “Daddy Lessons” — can a song from a blockbuster pop album really count as country? Or, less transparently, can this song by a very powerful black female pop star be country? “If you ask me this song is no more country than … ‘Single Ladies’,” wrote Alison Bonaguro on Country Music Television’s website.

But if Beyoncé’s latest album relays the story of black American identity — more specifically, her own as a black woman growing up in Houston — she’d be remiss to exclude country music. There would be no country music without African-American gospel and icons like DeFord Bailey who paved the way in the 1920s. There would be no blues or rock and roll without pioneering black artists like Bessie Smith or Chuck Berry either. And it’s worth mentioning that there are many black country artists — Charley Pride, Mickey Guyton and Darius Rucker — but they are exceptions in a space that is mainly white.

Related: Amy Schumer’s ‘Formation’ video is all kinds of clueless

That “Daddy Lessons” doesn’t sound like a country song to the white ear, “has little to do with Beyoncé and almost everything to do with the way country music’s black voices have been silenced or forgotten,” writes Victoria M. Massie at Vox.

With this in mind, Beyoncé and the Chicks’ performance was both historic and profound. As NPR’s Nashville music writer Ann Powers tweeted Wednesday night, “Country IS blues and they just proved it. All American music [is] rooted in African diaspora and the mix of all of us.“

The Dixie Chicks know this. They also know what it’s like to be maligned by the country music establishment. The trio were industry darlings in 2003 when lead singer Natalie Maines told an audience in London, England that they opposed the invasion of Iraq and were ashamed the president of the United States (George W. Bush) is from Texas. The statement promptly knocked them off the top of the charts and reduced them to pariahs in a largely white, Republican fan base at the time. Country music claims to love its outlaws — but only, it seems if these outlaws are named Willie, Waylon, Johnny or Kris.

The Chicks have never apologized and never will. On their 2016 world tour, they started playing Beyoncé’s “Daddy Lessons” at their shows — kicking up the fiddle portion, swapping the saxophone for banjo and having fun with what is a truly great American song. If ‘Daddy Lessons ain’t country, they seemed to be saying (with a wink, as the Chicks always do), then you don’t know country.

Last night’s collaboration felt like more than your typical awards-show mashup. It felt like a profound statement of unity, and it came at just the right time.