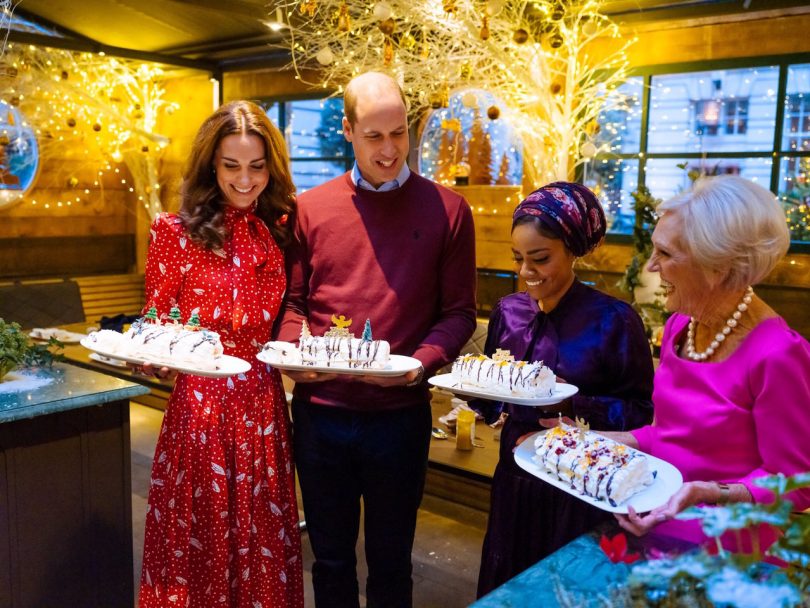 It’s cooking up to be quite the holiday gift to royals fans, and we’ve also now learned the Duke of Cambridge will pay tribute to the Queen, Prince Philip and his parents, Prince Charles and the late Princess Diana.

The hour-long television special airs on Dec. 16 in the U.K. (No Canadian affiliates have been announced yet, but  that could still change.)

The program highlights some of the tireless people working at charities during the holiday season, and features the Cambridges and Berry visiting them and giving thanks over a meal.

The duke also reportedly discusses his parents and grandparents’ altruism while making a royal engagement to one of his patronages, Passage.

We invite you to join The Duke and Duchess of Cambridge and Mary Berry as they serve a festive feast to thank those who are spending their Christmas helping others. @mattporteous#ABerryRoyalChristmas | Monday 16th December | 8:30pm | @BBCOne pic.twitter.com/KfvQLIKDzS

“Growing up both of my parents were hugely charitable,” the father-of-three tells Mary in the television program. “My father set up the Prince’s Trust. He’s involved in so many different organizations.”

He continues, “My mother has done her work with homelessness and, as you said, AIDS and other charities, and I think I’ve grown up in a household which has been very much a case of ‘well, we’re very lucky—you must give back.’”

The Duke of Cambridge sweetly pays tribute to his grandparents and how Her Majesty has carved her own path.

“My grandmother becoming Queen at a very young age, in the days when it was a man’s world, it was very difficult for her to … make a difference,” he said.


“And she’s done it,” the future King proudly concludes, “in her own very unique, distinct way, and you know, my grandmother and my grandfather together are the epitome of public service.”

The beloved royal also spoke about how being charitable has had a positive impact on him personally.

The A Berry Royal Christmas special will also feature Mary whipping up her favourite Christmas recipes as she prepares for the royal event to thank all of the hardworking people who donate their time over the Christmas period.

“I am honoured that The Duke and Duchess of Cambridge have invited me to join them on four of their royal charity engagements this Christmas,” Mary excitedly shared after the program was announced. “It will be truly special to see the causes so close to their hearts, as well as to hear all about the amazing support these charities provide. The finale is a big Christmas party and I will be cooking up a feast for them to enjoy. A one-hour Christmas special not to be missed.”