Everything You Need To Know About Apple TV Plus And Disney+

Two new (and exciting!) services are joining the fray. Here's how they work, how much they cost and what they'll offer. 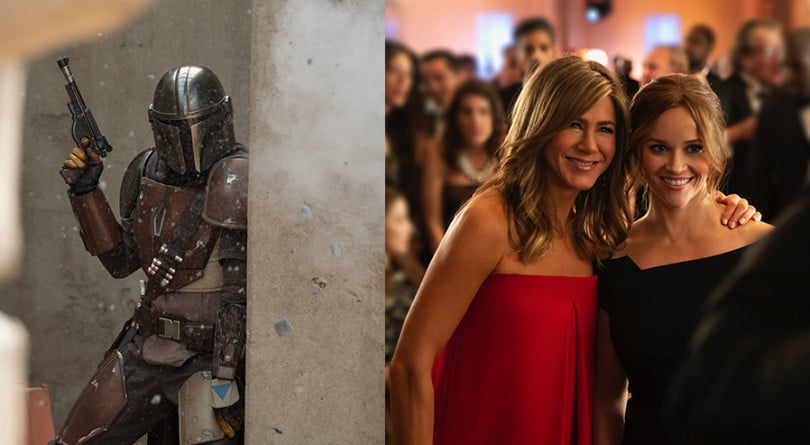 This November, the streaming world is going to get a lot more crowded. Tech giant Apple will launch their streaming service Apple TV Plus in Canada on November 1, and the Walt Disney Company will be launching Disney+ on November 12.

Both promise fresh original content stacked with celebrities. In Disney’s case, its streaming service will include its preexisting legacy content—think, everything from Sleeping Beauty to Star Wars—as well as new originals.

With competing services entering the market at the same time, it can be hard to decide which one to get—and whether it’s worth cutting that cable cord. Here is everything you need to know about Apple TV Plus and Disney+.

Give me the scoop on Apple TV Plus

The inventors of the iPhone are launching their own streaming service on November 1. Apple TV Plus will cost $5.99/month—or, you could get it for free for a year when you buy a new Apple device.

Unlike Netflix, Apple TV Plus won’t release full seasons of most of its shows at once for optimized binge watching. Instead, episodes will come out weekly, or in the case of Oprah’s Book Club, once every two months.

As of now, there’s no word on whether Apple’s service will also carry pre-existing content or only its originals. However, Apple has a partnership with the film studio A24 (known for indie-turned Oscar winner hits like Moonlight and Room)—but there isn’t a ton of information about what this partnership will entail.

How can I access it?
Subscribers can watch Apple TV Plus through the Apple TV app on any Apple device. It’ll also be accessible on select Samsung smart TVs, and Apple will be rolling out apps on Amazon Fire, LG, Roku, Sony and VIZIO TVs at later dates.

The iconic entertainment company’s new streaming service will be available in Canada on November 12. It’ll cost $8.99/month, or $89.99/year.

What original content will be on it?
With the service’s launch on November 12, Disney will also be releasing many new films and series, including The Mandalorian ( which takes place in the Star Wars universe), a Lady and the Tramp live-action remake, High School Musical: The Musical: The Series (a series set at the high school where the High School Musical movies were filmed), Noelle (a movie about Santa Claus’s sister, starring Anna Kendrick and Bill Hader), Encore! (a docu-series hosted by Kristen Bell about actual high school musicals) and The World According to Jeff Goldblum (a docu-series that follows Goldblum as he explores his biggest curiosities about the world).

Some other originals that will be released later include a brand-new Lizzie McGuire series and a new Muppets series.

What about Disney’s legacy content?
Every animated and live-action Disney movie will be available on Disney+, except for Song of the South because of its racist depiction of African-Americans in the southern states after the Civil War. The entertainment giant will also be cutting the controversial Jim Crow scene from the version of Dumbo that will run on Disney+.

Disney also owns the rights to the Star Wars franchises, the Marvel Cinematic Universe and many shows on ABC (like Grey’s Anatomy, How to Get Away With Murder and Lost). As well, Disney recently acquired Twentieth Century Fox Film Corp., granting it access to film and TV classics like Die Hard and The Sound of Music. Though the definitive slate of titles that will be available on the service hasn’t been announced yet, it’s fair to assume that many of these will appear on the streaming service.

How can I access it?
Users will be able to access the service via web browsers on their computers as well as apps that will be available on Apple iOS devices, Apple TV, Android phones, Chromecast, Roku devices, PlayStation 4 and Xbox One.

What does this mean for my other streaming services and TV habits?

Because Disney is reclaiming many of its titles for its own streaming services, many Disney (or Disney-owned) titles on other services will likely disappear.

How much would it cost to get *all* the major streaming services in Canada?

In other words, now that there’s much more competition among streaming services, Canadians might be pickier about which ones they want to pay for.