The loveably freckled, carrot-topped heroine has gotten a makeover for US Netflix posters, and fans are having none of it. 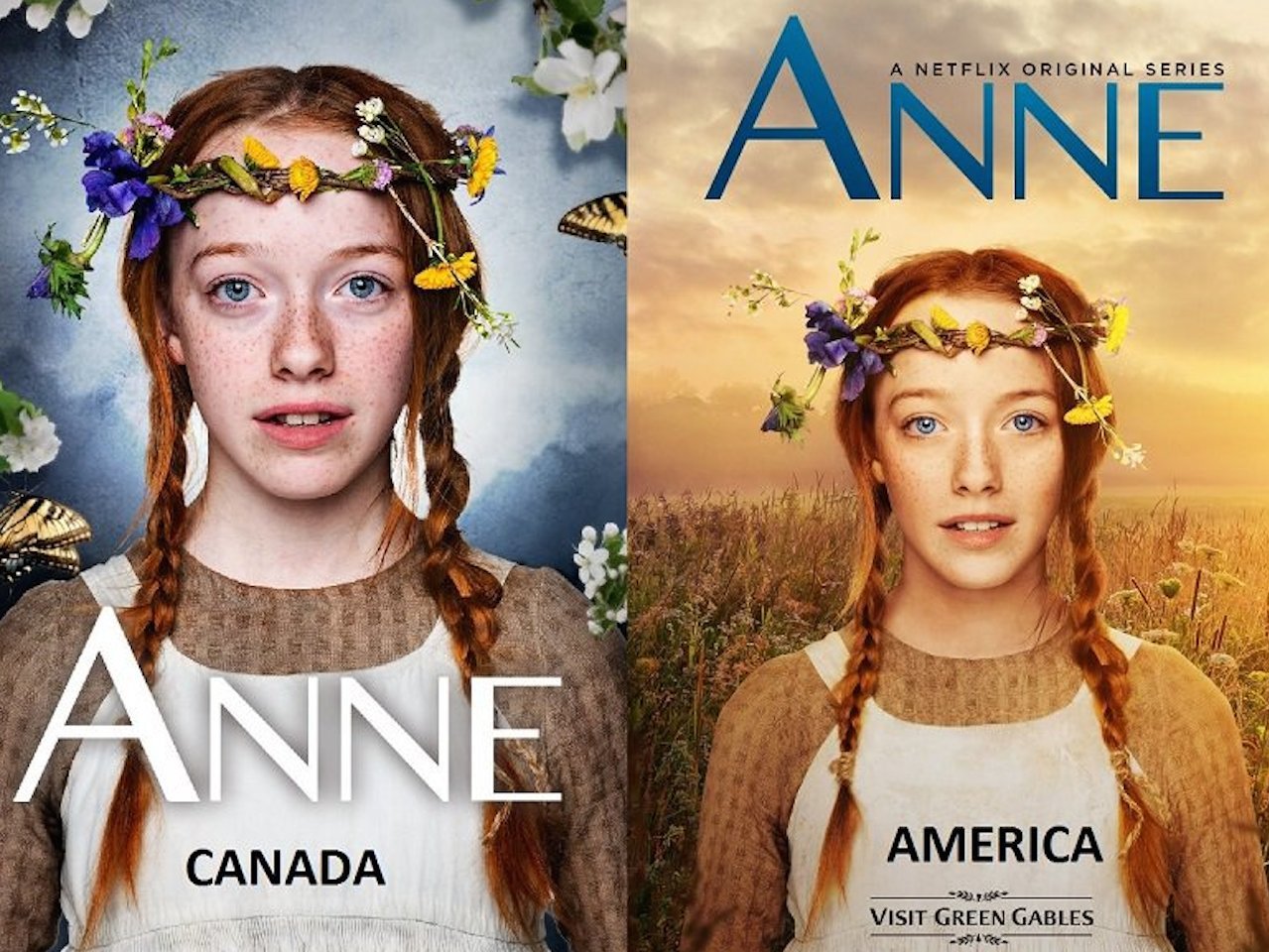 Here’s what Canadians love about Anne Shirley: She’s a real girl with a huge imagination who doesn’t fit in — and doesn’t care about fitting in. Which might be why the new Netflix posters, designed to sell the television series Anne to an American audience, have us scratching our heads. The show’s plucky star, Amybeth McNulty, stands in a wheat field bathed in golden light, her face looking far different from how it appeared in CBC posters that have blanketed major Canadian cities for the last few weeks (the show premiered last month in Canada and will hit Netflix on May 12th).

“The part in her hair has been removed, and so have the shadows from under her eyes, which are now lighter blue,” says Chatelaine’s senior designer and Photoshop whiz Casie Wilson. “It also looks like some of her teeth have been brought to the forefront, and her face has been contoured to make it thinner.” (Netflix reps would not comment on the record for this story.)

While touching up promotional photos is a common practice, the difference between the two Annes was striking enough to spark some lively conversation online. The photographer who took the original shot, Caitlin Cronenberg, responded to the American version on a Facebook thread, saying, “As the person who took this photo, I’m pretty surprised to see this. Completely unnecessary to do anything to the spectacular and captivating Amybeth.”

And Canadians tend to agree. Here’s what a few had to say on Twitter:

Neither cool nor necessary, @netflix. “Anne” is already scrumptious, and you’re better than this. https://t.co/r9fLXUw4OD #annetheseries

.@Netflix, shame on you for photoshopping this lovely 14-year-old for American audiences! She needs no “enhancement” #AnneOnNetflix#netflixhttps://t.co/DFTEa3ZCi8

More:
Meet the plucky young star of the Anne of Green Gables remake
Big Little Lies and Broadchurch are changing the way we watch violence against women
Subscribe to our newsletters