That's Professor Jolie to you: The scoop on Angelina's new teaching gig

How Angelina Jolie became a visiting professor — and why, despite all the side hustles, she's likely not done with Hollywood.

Last week, Angelina Jolie gave her very first guest lecture at the London School of Economics. It was one of many stops on a whirlwind European tour that focused on her work with the United Nations. Here, everything you need know about Jolie’s new post as a visiting professor, her future in Hollywood — and a new project with her ex, Brad Pitt.

Can anyone sign up for her course?
Unless you are a student at the London School of Economics, that’s probably not an option. Last spring, LSE announced that Jolie had signed on as a visiting professor at their Centre for Women, Peace and Security. The gig doesn’t officially begin until September, but Jolie showed up early to speak to a class of postgraduate students about how sexual violence is used as a tool in war and her experience working in the field with refugees. (It ties in to Jolie’s Preventing Sexual Violence in Conflict Initiative, which she co-founded with William Hague, another visiting professor and the U.K.’s former foreign secretary.)

How did she do?
Before the lecture, Jolie told the Evening Standard that she was “feeling butterflies,” but all signs suggest that teaching is another area in which Jolie is a natural. A few students Tweeted insta-reviews, one saying that Jolie did “wonderfully” while another added, “She’ll make an amazing visiting professor.” Another posted this snap. 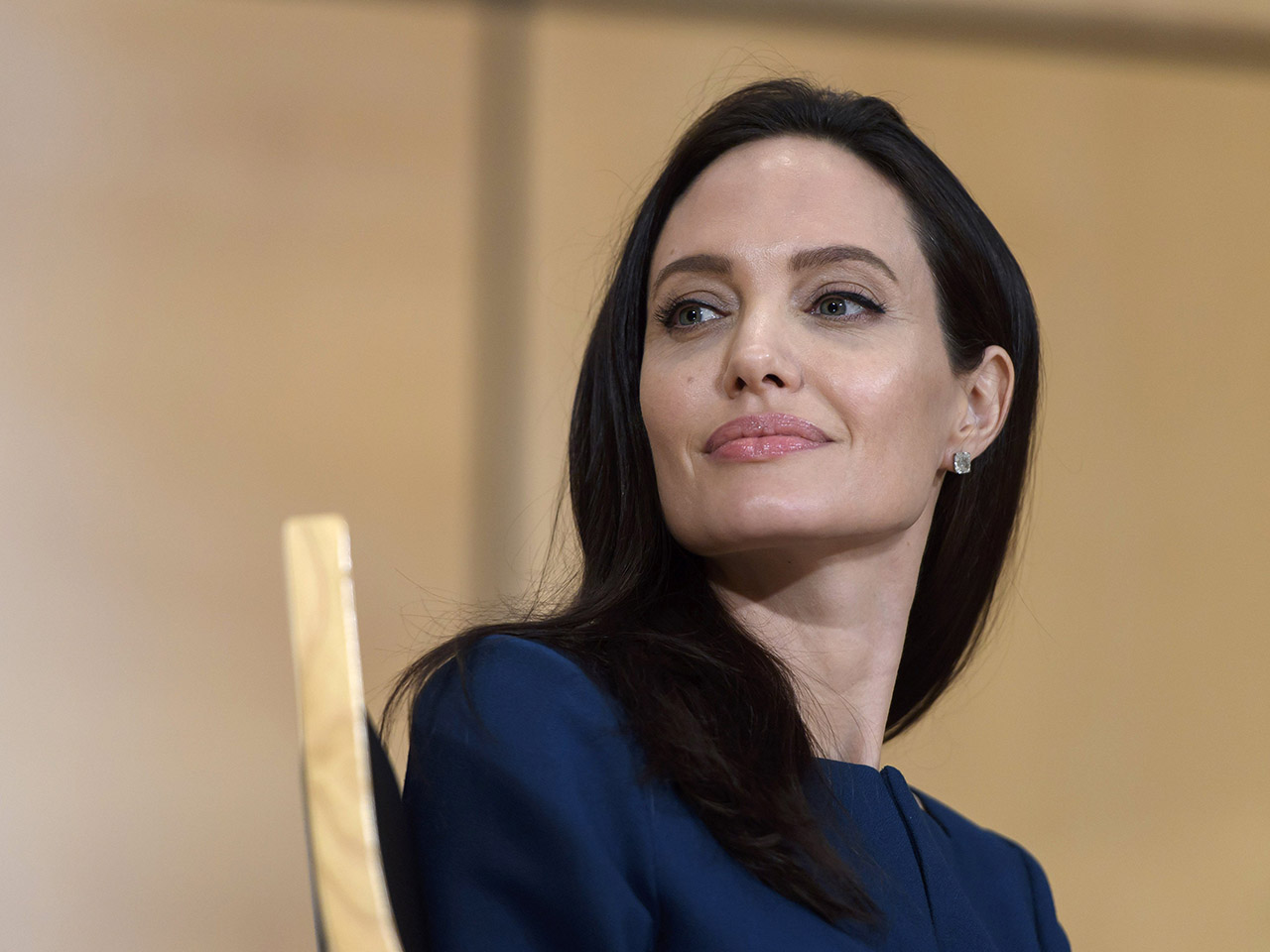 Respectfully, how does a celebrity become a visiting professor?
Technically Jolie’s title is “visiting professor in practice,” a title that LSE gives to people “who have appropriate distinction within their area of (non-academic) practice. It includes individuals who have achieved prominence in public service, or who have attained distinction in their profession and through their practical experience.” Jolie’s role requires that she teach at least one lecture and she is also able to pursue her own research as part of the position. As for her credentials — she was a Goodwill Ambassador with the UN from 2001-2012 and a Special Envoy since 2012, focusing on crises that result in mass population displacements and representing UNHCR and the High Commissioner at the diplomatic level. To say nothing of the thousands of hours (and air miles) she has devoted to various charity and activism projects around the globe. Respectfully — what have you done lately?

She seems to be spending more time than ever on her humanitarian efforts
Last Monday she appeared at a discussion panel in London to mark the five-year anniversary of the Preventing Sexual Violence Initiative, Tuesday was the LSE class and on Wednesday she was in Geneva at the UN head office where she spoke out against the “rising tide of nationalism masquerading as populism, and the re-emergence of policies encouraging fear and hatred of others.” (Like Meryl Streep before her, she managed to deliver a decisive blow at Donald Trump without even mentioning his name).

Has she quit acting for good?
While Jolie has said repeatedly over the last several years that she wants to spend her forties (she’s 41) focused on humanitarian projects and parenting, she’s not totally cutting ties with Tinseltown. According to the Hollywood Reporter, she is in talks to star in The Spy Who Loved about the first female special agent of World War II, as well as a bio-pic about Catherine The Great. She also has Maleficent 2, announced by Disney last spring, and a bunch of directing projects on the go. 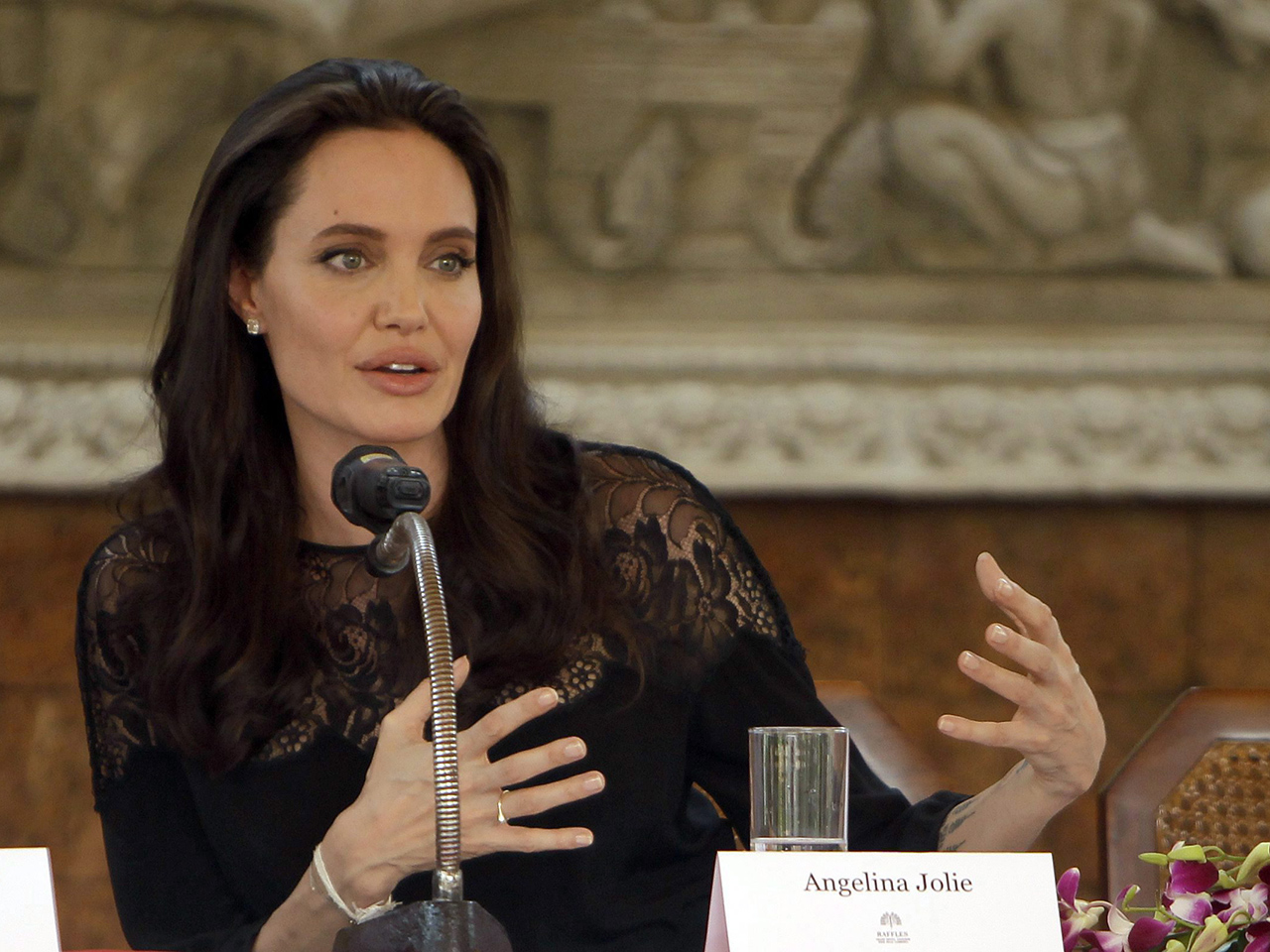 Is it true she and Brad aren’t selling their French estate Château Miraval (the one where they got married)?
Contrary to previous reports that the wine biz was yet another casualty of the Brangelina split, People magazine reports that the former couple will remain partners in winemaking, and have even embarked on a new project—a gourmet olive oil, available now in France and coming soon to the U.S. Here in Canada, the best bet is an online order (€85 for three bottles!), though the first release was only 10,000 bottles, so you’ll want to act fast.

Sounds like they’re getting along better. Could a reconciliation be in the cards?
Charles Perrin (the winemaker who is working with Brad and Angelina on the olive oil project), told Agence France-Presse that Chateau Miraval “is an investment for their family and their children.” He says that he latest vintage of rosé says, “bottled by Pitt, Jolie and Perrin” on it. But before you go getting excited, the 2012 vintage said “bottled by Jolie-Pitt and Perrin.” Which is similar, but so, soooo different.

More:
8 things to get rid of at home (you’ll never know they’re gone)
‘I don’t own a scale. I don’t believe in those things.’ Misty Copeland on getting a Ballerina Body
The future of hockey is female, so why aren’t women paid to play?