Including every single damn season of Grimm and a new must-watch original series starring Maya Rudolph. 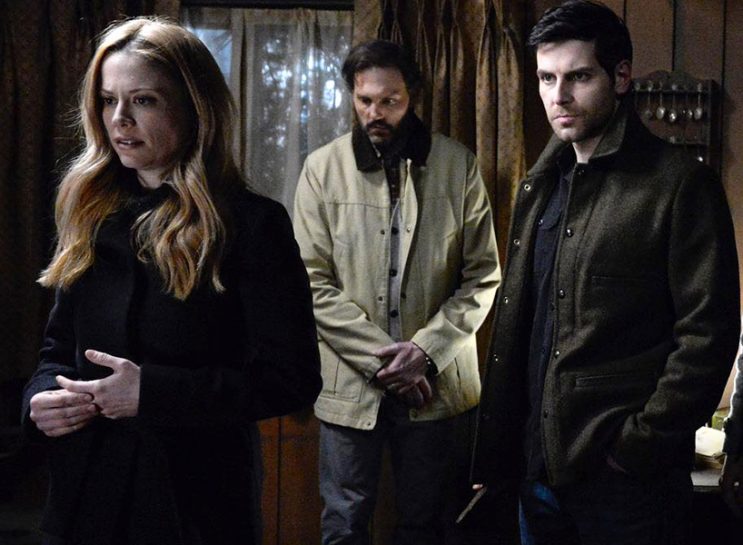 Self-care comes in many forms. For some, it’s slapping on a 24-karat gold face mask and calling it a day, while others prefer sweating it out at hot yoga. But for us, we like to unwind in front of a good sitcom, romantic comedy or action-packed series. Real talk: we all deserve some quality me-time every once in a while (with a cup of tea and salty snack in hand). So, if you’re in desperate need of a break from your endless cycle of work, sleep, repeat, we rounded up everything that’s coming to Amazon Prime Canada in September 2018, including every season of Grimm, the new must-watch series Forever (starring Maya Rudolph!) and so much more. Happy binge-watching!

13 Going on 30
Synopsis: A girl makes a wish on her thirteenth birthday, and wakes up the next day as a thirty-year-old woman. Starring Jennifer Garner.

Chocolat
Synopsis: In the 1950s, single mother Vianne Rocher and her six-year-old daughter move to the small French town of Lansquenet-sous-Tannes, where Vianne opens a chocolate shop, during Lent, across from the town’s church (and she’s open on Sundays). As you’d imagine in a small town, her wares are soon adored and consumed by the locals, but not without some resentment and opposition.

Cold Mountain
Synopsis: Cold Mountain tells the story of Inman, a wounded confederate soldier who is on a perilous journey home to his mountain community, hoping to reunite with his pre-war sweetheart, Ada. In his absence, Ada struggles to survive and revives her father’s farm with the help of intrepid young drifter Ruby. Starring Jude Law, Nicole Kidman and Renée Zellweger.

The Crying Games
Synopsis: Hailed by critics as an instant movie classic, The Crying Game is a brilliant and unpredictable masterpiece. Stephen Rea and Miranda Richardson are Irish terrorists, Forest Whitaker is their hostage and Jaye Davidson is Whitaker’s girlfriend. Never has a motion picture undermined viewer expectations so thoroughly and enjoyably.

Emma
Synopsis: Emma (Gwyneth Paltrow), a meddling but well-meaning 21-year-old, loves to play matchmaker. She’s currently obsessed with finding the perfect man for her friend Harriet. But what appears to be a simple task becomes a nightmare, as Emma’s machinations set off a chain reaction of misunderstandings between a number of people.

Enchanted April
Synopsis: Four women rent a chateau on a remote Italian island to try to come to grips with their lives and relationships. They explore the differences in their personalities, reassess their goals and reexamine their relationships in a sisterly fashion.

Kinky Boots
Synopsis: Charlie Price faces the impending shut down of the Northampton shoe factory that his family has owned and operated for generations. Just when he feels that all is lost, he has a chance encounter with Lola, a flamboyant trans cabaret star. Lola’s desire for stylish, kinky boots for herself and her colleagues provides a glimmer of hope for the factory and its employees.

Life is Beautiful
Synopsis: It’s 1939 and Guido has come to the Tuscan town of Arezzo with his poet friend Ferruccio. With unabashed humor and joy, the two seek fortune and romance, ignoring the growing anti-Semitism and Fascist government that surrounds them. Guido falls in love with a beautiful young school teacher Dora. Unfortunately, she is already engaged, however he is not deterred and a fairy-tale romance ensues.

Little Children
Synopsis: Sarah (Kate Winslet) is a stay-at-home mom to her daughter Lucy. At the local playground her routine is broken by the sudden return of Brad. Despite being married to gorgeous Kathy, Brad is going through his own malaise. Struggling to pass the bar exam, he is distracted by the lure of a touch-football night league. One day Sarah decides to approach Brad in the playground…

My Left Foot
Synopsis: My Left Foot is the true story of Christy Brown (Daniel Day-Lewis) who was born with cerebral palsy and learns to paint and write with his only controllable limb — his left foot. Paralyzed from birth, Brown is written off as mentally disabled and helpless, but Christy’s mother never gives up on the boy. Using his left foot, the only part of his body not afflicted, Brown learns to write. He grows up to become a well-known author and painter, and along the way falls in love with nurse Ruth McCabe.

Proof
Synopsis: Catherine (Gwyneth Paltrow) is a young woman who has given up a seemingly bright future in order to take care of her ailing father, Robert, a formerly brilliant mathematician who, in his later years, succumbed to dementia. After he dies, Catherine’s closed-off world is invaded by Hal, a young mathematician who worshiped Robert, and Claire, her successful sister who fears that Catherine is too much like their father.

Grimm, seasons 1-6
Synopsis: A homicide detective discovers he is a descendant of hunters who fight supernatural forces.

Six Dreams (Prime Original)
Synopsis: This brand new sports docu-series follows three players, two coaches and a club president in an exclusive Spanish football club as they navigate their way through their 2017/18 season.

Wishenpoof, season 2B (Prime Original)
Synopsis: Bianca is just like any girl… well, kind of. She has one teeny ability, “wish magic” — the power to make wishes come true.

The Chorus
Synopsis: The new teacher at a severely-administered boys’ boarding school works to positively affect the students’ lives through music.

Marley
Synopsis: A documentary on the life, music and legacy of Bob Marley.

Project Runway, season 1
Synopsis: Heidi Klum hosts a reality series where aspiring fashion designers compete for a chance to break into the industry. Each week, a designer is eliminated from the competition after exhibiting their work in front of a judges’ panel. 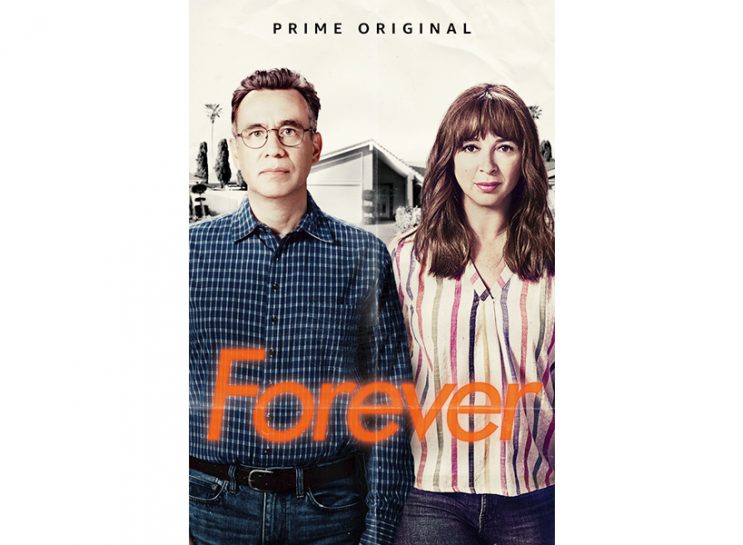 Forever (Prime Original)
Synopsis: Married couple June (Maya Rudolph) and Oscar (Fred Armisen) live a comfortable but predictable life in suburban California. For 12 years they’ve had the same conversations, eaten the same meals and taken pleasant vacations at the same rented lake house. But after June talks Oscar into shaking things up with a ski trip, the pair suddenly find themselves in completely unfamiliar territory. Created by Emmy Award-winning writers Alan Yang (Master of None, Parks and Recreation) and Matt Hubbard (30 Rock, Parks and Recreation), Forever is an utterly original, insightful and poignant comedy about love, commitment and marriage.

Copper
Synopsis: Set in the Five Points neighborhood of New York City in the 1860s, Copper focuses on a rugged young Irish cop who is forced to navigate his unruly and dangerous neighborhood while interacting with the uptown Manhattan crowd.

The Neon Demon
Synopsis: An aspiring model, Jesse, is new to Los Angeles. However, her beauty and youth, which generate intense fascination and jealousy within the fashion industry, may prove themselves sinister.

The AVP (Association of Volleyball Professionals) Hawaii Invitational
Synopsis: This pro beach volleyball tournament will come to Prime Video members to stream live on September 15 and 16. 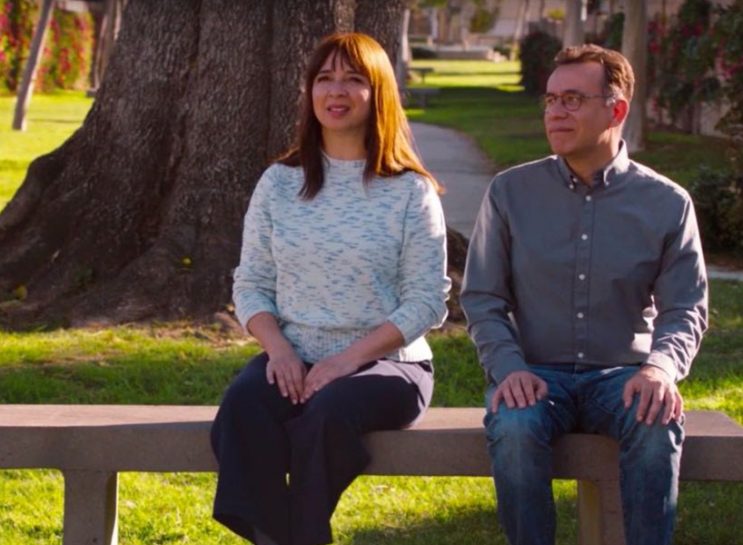 Pete the Cat
Synopsis: Based on the best-selling children’s books, Pete the Cat is a fun, musically-driven series about exploring your world and trying new things, while being smart, accepting and optimistic. Whether you’re making new friends or facing all of life’s ups and downs, Pete always finds a way to put a groovy spin on things. The series stars Canadian Jacob Tremblay (Room) as Pete the Cat, and musicians Diana Krall and Elvis Costello as his Mom and Dad.

Laver Cup
Synopsis: Prime Video is set to stream all Laver Cup matches live and on-demand to Prime members in more than 200 countries and territories. The second edition of the Laver Cup will be staged at the United Center in Chicago from September 21 to 23. Roger Federer and Novak Djokovic will lead Team Europe, and Juan Martin del Potro, John Isner, Kevin Anderson, Diego Schwartzman and Nick Kyrgios are confirmed for Team World, with further player announcements to be made in the coming weeks.

Martin Lawrence: Runteldat
Synopsis: After undergoing a number of personal crises, Martin Lawrence returns to the stage for a one-man show featuring stinging social commentary and very personal reflections about his life.