A look back at the most surprising celebrity breakups

Of these power couples, which twosome had you hoping they'd eventually find their way back to one another? 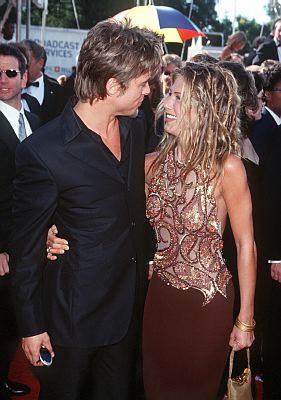 Gwyneth and Chris say it isn’t so. Tell us you’re going to consciously re-couple and finally put to rest all those “open marriage” stories flooding the tabloids because we want to believe in love and fidelity and commitment — even among the silly-rich and the infuriatingly famous.

The Goop guru and the rockstar are just one example of a celebrity bustup that took us by surprise, and maybe even made us feel a tiny twinge of sadness (right before we got downright curious as to why they split). Nobody likes a breakup, especially one that dramatically shatters public perception of connubial bliss. Here are a few more celebrity bust-ups that shocked and saddened us.

It’s been Brad and Angie for so long that it’s easy to forget the days of Brad and Jen — the movie premieres, the guest starring roles on Friends. The tanned twosome even matched with their coordinating blonde highlights. But sharing a stylist does not a marriage make sadly, and rumours of an extramarital fling with Jolie broke the golden twosome apart. The only thing that could eclipse the shock of Brad and Jen’s split way back when would be the earth-shattering demise of Brad and Angie. Heaven forbid!

Co-stars in The Notebook, their real-life love affair appeared to fulfill every movie executive’s fantasy. But not even Nicholas Sparks’s soppy sentimentalism could save the duo from flaming out. The reasons behind their parting of ways has never been revealed or determined and both have since moved on to other partners. Here’s hoping they find their way back to one another in their senior years — kind of a reverse Notebook ending.

Will Arnett and Amy Poehler

Oh, no. Not them. That pretty much sums up the response to the end of the Poehler-Arnett coupling, a match made in comic heaven. The duo not only seemed wickedly and weirdly well-suited, they also seemed relatively down to earth. All in all news of their demise was kind of like hearing your best married pals were calling time on their union.

The only thing more surprising than Tom and Katie getting together in the first place was their sudden and abrupt bust-up. The end of the marriage appears to have even come as a bit of surprise to Cruise. Tabloids have speculated about the reasons why Katie flew the Cruise coop with daughter Suri, though it’s fair to say we’ll never really know what went wrong. We can only wonder.