A Beginner's Guide To K-Pop

South Korean pop music has achieved world domination. Here's a primer for those who still don't know what all the fuss is about. 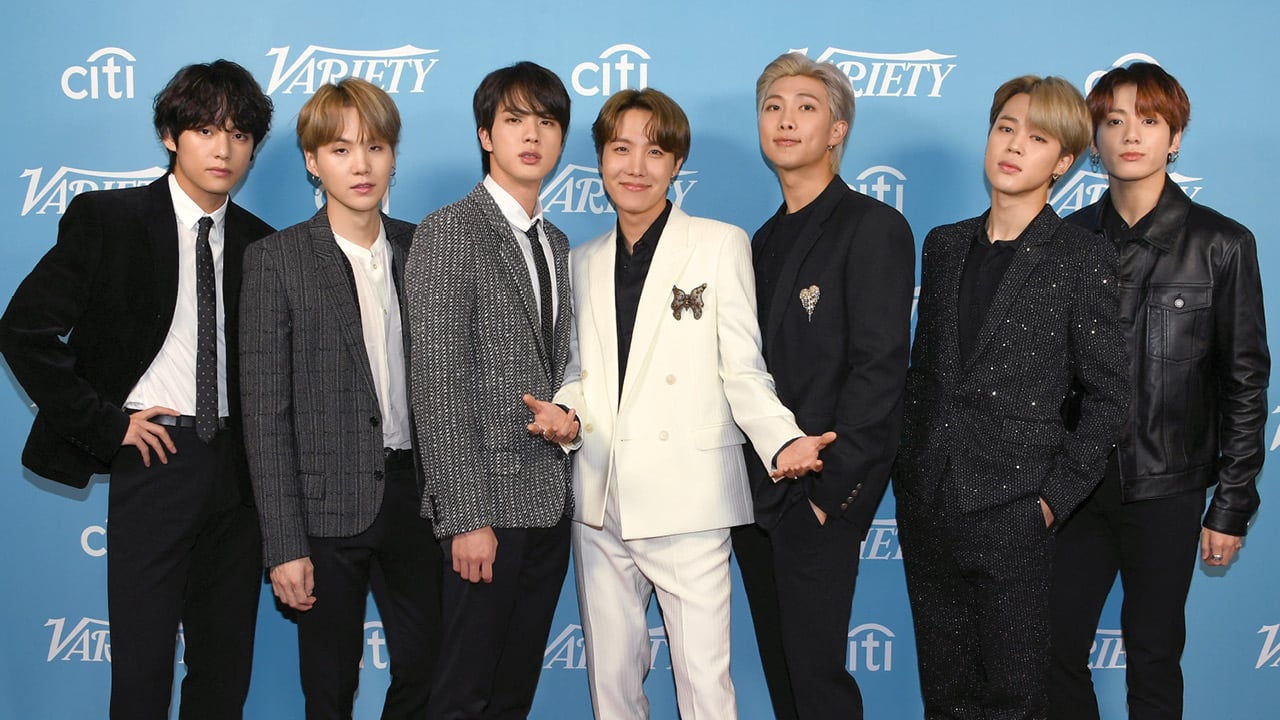 As of February 2020, the infectious cultural export known as K-pop had been streamed over 41 billion times on Spotify. But even with that massive reach, not everyone has tuned in yet—a scene revolving around super-cute pin-up bands, some with teenage members, might seem to skew a little young, after all. In June, though, K-pop fans grabbed grown-up headlines, claiming responsibility for ruining a Donald Trump rally by reserving hundreds of seats online, then leaving them empty.

K-Pop has achieved world domination, and keeps on going. This week, the extremely popular boy group BTS became the first all-Korean group to top the Billboard 100, with the single “Dynamite.” If you’re still not sure what all the fuss is about, here’s what newbies need to know.

The phenomenon is largely fuelled by a star-making machine

K-pop artists are called “idols,” and wannabe idols sign contracts at young ages with a management company that offers singing, rapping and dancing lessons, then helps craft their image through all-important songs and videos. Most stars (and lyrics) are Korean, but idols do come from all over Asia, as do choreographers and music producers. Increasingly, North American and European musicians want in, too: American pop star Dua Lipa’s 2017 song with South Korean girl group Blackpink, “Kiss and Make Up,” still holds up.

Management can definitely be heavy-handed—idols like IU, Amber and Kris Wu have all spoken about being pressured into unhealthy diets, overwork and restricted social lives. But if Western media wants to expose the dark side of K-pop, maybe it should clean up its own backyard first (Free Britney!). Similarly, the impression that idols don’t create their own music is untrue. Many are quite involved in writing and producing, including BTS, whose fans dissect its music for social commentary and inner feelings.

K-pop fandom is all encompassing

Album releases are big events, of course. BTS’ Map of the Soul: 7 sold over half a million physical units within months of its February release. K-pop fans often buy hard copies to get their hands on the exclusive posters and photos inside. English-language choruses encourage singalongs by non-Korean fans, and everyone learns the accompanying dances, from the easy, breezy moves of boy group Seventeen’s “Left & Right” to the high-energy intensity of “Boombayah” by Blackpink (which is releasing its first full-length album this October.) Then there are the reality shows and constant vlogs, all designed to feed fans’ hunger.

The name is misleading—for every upbeat pop song, there’s another influenced by R&B, hip-hop, electronic and even jazz. Take BTS’ “Singularity”: it’s a slow, jazzy number with melancholy lyrics crooned in member Kim Taehyung’s signature deep voice. The must-watch music video shows Kim dancing surrounded by floating masks, as he questions whether a new relationship has caused him to lose sight of himself.

K-pop fans rule social media, for better and for worse

K-pop fans are diverse in age, but the younger ones that are active on social media get the most attention. On the troubling side, some have descended en masse on those who criticize their favourite idols, and some have disrespected the scene’s debt to African-American music as well as Black fans. At the same time, justice-minded fandom factions have been trying to use their collective power for good, including disrupting racist social media hashtags during Black Lives Matter protests this summer.

Some songs are just pure fun, but others are quite meaningful. BTS often focuses on mental health—“The Truth Untold” is about the fear of being rejected by fans for their flaws—and the video for their 2016 hit “Spring Day” overlays lyrics about the pain of missing someone over what’s widely interpreted as homage to the young victims of a 2014 South Korean ferry disaster.