Including a goofy kids' movie, a historical drama and a Celine-Dion-inspired saga. 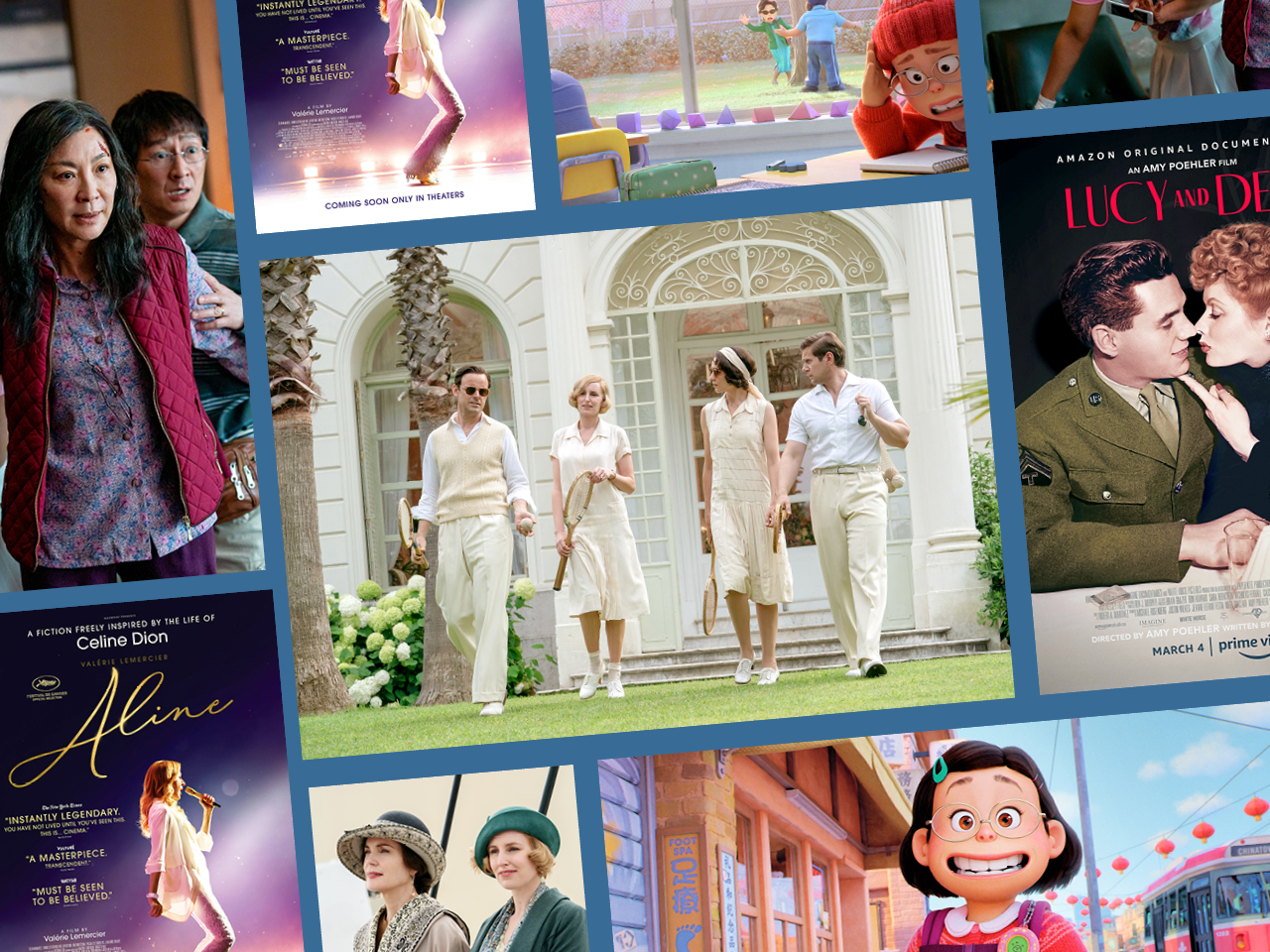 It’s been a hard couple of years, we know. Find an escape in these five exciting new movies.

The year is 2002. Meilin “Mei” Lee is a Chinese-Canadian tween from Toronto with a hair-raising ancestral secret: She turns into a giant red panda whenever she experiences strong emotions. Watch Mei step out of her comfort zone and learn to accept herself, fur and all, in this Disney and Pixar animation. Premieres on Disney+ March 11.

Describing itself as “fiction freely inspired from the life of Celine Dion,” this film follows Aline Dieu as she evolves from a local singing sensation to an international superstar—and falls in love with and eventually marries her much older manager. Watch French comedian Valérie Lemercier play Celine through ages five to 50 (!!!) in a version of Dion’s—or Dieu’s—life that, while not necessarily accurate, is certainly entertaining. Streaming on Club Illico now.

Everything Everywhere All At Once

Though struggling to stay afloat, Evelyn Wang (played by Michelle Yeoh) is a seemingly ordinary Chinese-American woman—until she’s not. Existing among multiple universes, she must learn how to access the emotions and abilities of all the alternate Evelyns to defeat an evil force spreading across them. Come for an intriguing interpretation of the multiverse concept, and stay to see Yeoh kick ass. In theatres March 25.

Get an intimate look at the couple who reinvented comedy with their iconic 1950s sitcom, I Love Lucy. Directed by Amy Poehler, Lucy and Desi follows Lucille Ball and her on- and off-screen partner, Desi Arnaz. It includes interviews from their children and Ball’s two protégés: Bette Midler and Carol Burnett. Snippets of the family’s home videos and audiotapes give viewers an in-depth look into the professional highs that came at the cost of the couple’s personal lows. Premieres on Prime Video March 4.

All your favourite characters from the British TV series—and its sequel film—return to the big screen. Picking up from where the last film left off, A New Era follows the Crawleys as they gather to celebrate Tom Branson and Lucy Smith’s wedding. While visiting a villa in the south of France that the Dowager Countess of Grantham received from a past lover, they must all prepare for a new era: the 1930s. In theatres May 20.