The 5 Super Bowl buzzwords you need to know

Deflategate, Beast Mode, Legion of Boom, Gronk: If any of these words are unfamiliar, we've got a Super Bowl primer for you. 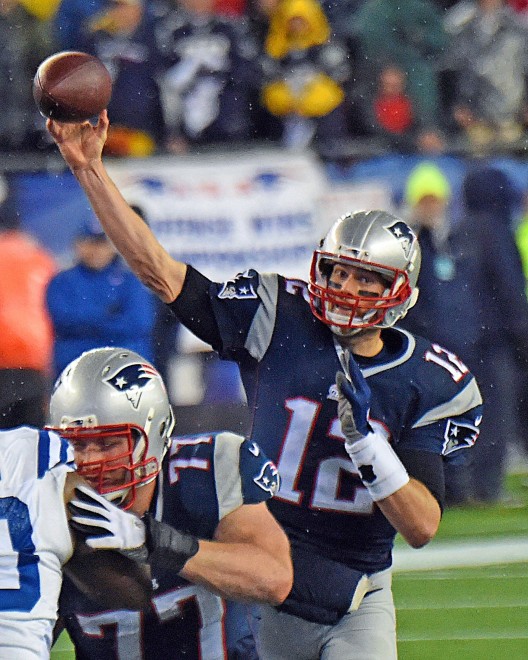 The New England Patriots have been accused of intentionally under-inflating their footballs during their Conference Final game against the Indianapolis Colts — the 45 to 7 victory got the team into this year’s Super Bowl. The league regulates ball pressure, but each team brings their own balls to a game. During the Conference Final, 11 of the Patriots 12 balls were found to be under-inflated. Under-inflated footballs are easier to throw and catch, especially in bad weather — and Patriots star quarterback Tom Brady stated a preference for softer balls back in 2011. (The NFL’s Golden Boy is denying any involvement.)

This term characterizes the playing style of Seattle’s running back Marshawn Lynch, who’s an aggressive runner, with the ability to break through tackles. Lynch has embraced the nickname and calls it a lifestyle, which includes lewd gestures, refusing to talk to the press and attempts to wear gold cleats — all of which are finable offences by the league. There’s even a food associated with Beast Mode — since Lynch was a kid, he’s eaten Skittles on the sideline to make him run faster.

This is the name given to a group of Seattle’s hard-hitting defensive players, including a former CFLer, Brandon Browner, and one of the league’s most outspoken and controversial characters, Richard Sherman. This powerful defence is widely credited for the Seattle Seahawks win in last year’s Super Bowl, and is considered one of the main reasons they made it back to the big game this year. Going into Sunday, though, two Legion members are dealing with injuries, which might give Brady and company a leg up. That said, Brady has a cold.

This refers to a different New England Patriots controversy back in 2007, when the team was found guilty of videotaping signals used by the New York Jets. The scandal is only relevant at this Super Bowl because if the Patriots are found guilty of cheating again, with Deflategate, they’ll lose pretty much all credibility. And two strikes against them will most certainly tarnish the impressive winning record amassed during the coach Bill Belichick and Tom Brady era, which includes six trips to the Super Bowl in the last 14 years. And three rings.