In her inspirational speech, the actress and UN Women Goodwill Ambassador reclaims the term feminism as not something negative, but a necessary movement that benefits men and women everywhere. 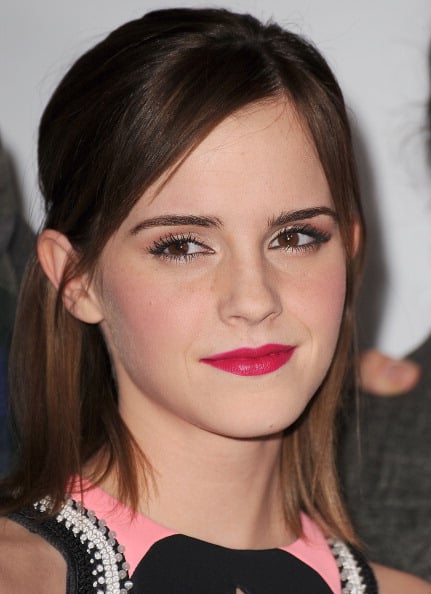 Emma Watson is calling for all boys and men to stand for feminism.

The Harry Potter actress delivered an emotional speech about feminism at the United Nations headquarters on Sunday in her role as UN Women Goodwill Ambassador. Promoting a new campaign for gender equality, HeForShe, she spoke about her personal experiences with gender stereotypes and the meaning of feminism.

“The more I have spoken about feminism the more I have realized that fighting for women’s rights has too often become synonymous with man-hating,” said Watson. “If there is one thing I know for certain, it is that this has to stop.”

The term has a long history that has left many rejecting today. When Time magazine asked actress Shailene Woodley earlier this year whether she was a feminist, she said no because she loved men. Even after a follow-up interview asking Woodley to explain whether she was sure about the definition of feminism, she stood by her word. Woodley says she believes in a sisterhood amongst women instead, a concept similar to feminism, however, it was the label feminism that turned her away.

What is it about the word feminism that turns people away? “There are mostly political reasons for that,” says Tracy Isaacs, a professor in the department of philosophy and women’s studies and feminist research at Western University in London, Ont.

“A lot of people associate feminism with man-hating, the idea that women want to share opportunities equally with men is rejected because of the structure of our political and social world. When the people in power feel their position of privilege is threatened, they are going to react. For example, if I’ve always been getting three-quarters of the pie and you get one-quarter of the pie, and now you want equal parts, each of us half and half, I’m going to have to give up some of my pie. Some people aren’t going to be happy with that.”

But at its most basic definition, the idea of equality between men and women, has nothing threatening about it, according to Bipasha Baruah, the Canada Research Chair in Global Women’s Issues and associate professor at Western University.

“It’s a term associated with unhappy, unmarried, unfulfilled, older, unattractive women. And Emma’s changing the face of that, which is wonderful. But it’s almost kind of sad that it takes a 24-year-old attractive young woman to say this to get the message across,” says Baruah.

“She’s reclaimed it and made it appealing to people because she’s always had that persona while playing Hermione in Harry Potter; she’s one of the boys and very prim. Now that she’s older and in a weighty-sounding position as the UN Goodwill Women’s Ambassador, she has a much more serious image.”

Then there are those people who reject the term feminism because they believe it’s a thing of the past. “There has been progress in the last few decades and things are a little bit better. There are are more opportunities, so a lot of young women feel they don’t have to identify as a feminist. It’s seen as something of yesterday and a lot of people think we’re in a post-feminist world, that we don’t need feminism anymore. I disagree with that,” says Isaacs.

Feminism is for men as well as women

There is still a lot of work to be done, and according to Isaacs, both sexes need to join the cause. “As Emma Watson articulated well, we can’t keep saying it’s a women’s issue because it’s not going to work. It’s about equality and we need co-opreration. We absolutely need men to step up and be involved.”

Baruah adds that hypermasculinity and patriarchy hurts a lot of men as well as women. “It’s about having equality in opportunities, self-expression, ambition, creativity. Whether or not you choose to take it is up to you.”

“You can be a man in the military and be a feminist, and you can also can be a stay-at-home mother and be feminist. It’s as simple as asking, ‘Do you believe in the Charter of Rights and Freedoms?’ But for some reason, feminism doesn’t get that kind of traction and somewhere along the way, the term has become loaded with negativity.”

Baruah argues feminism is not about equality in a biological sense. “We’re not saying men should have babies and women have to pee standing up. It’s social and political.”

She has seen up to 20-30 young men in her undergraduate women’s studies classes. Baruah believes that young men today have a softer masculinity than before, which is a positive sign.

“Men in their 20s today are much more in touch with themselves and well-rounded in terms of showing sensitivity. In one of my classes, I referenced Rambo, and not a single student got it. It’s fantastic they don’t have that ridiculous masculinity. I have a three-year-old son; I just want him to be happy. My husband was a stay-at-home dad, and this is what feminism is about: not just enabling women to become prime ministers and CEOs; it’s also about enabling men to stay if home if they want to, and enabling as many roles and possibilities for men as well.”

See the video of Emma’s speech below.