Emma Donoghue is back with a moody gothic mystery

An Irish girl survives on nothing but holy devotion in The Wonder. 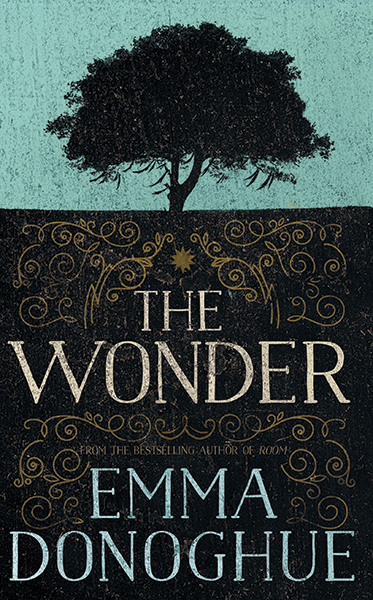 Ireland in the 1850s was hollowed out and grieving, nearly a quarter of its population vanished in less than a decade. One million souls lost to the Great Hunger, the mass famine caused by a potato blight, and another million gone abroad for refuge and a new life. It’s among this devastation that Emma Donoghue sets her new novel, The Wonder, a suspenseful, chilling account of a purported miracle.

Pilgrims have descended upon a rural and religious Irish village to marvel at 11-year-old Anna O’Donnell, who has survived for months without eating any food, sustained, she says, by manna supplied by God. Elizabeth Wright, or Lib, as she’s called, a steely widow and nurse who trained with Florence Nightingale, has been sent from London to watch over the girl to help determine whether she is faking her condition. Skeptical of Catholicism and disdainful of the Irish, Lib sets about her task with a scientific remove, only to find herself confounded by the case and genuinely attached to her patient. “She doesn’t eat, yet she’s alive. More alive than anyone I know,” Lib tells a reporter. Soon she suspects that Anna’s family is manipulating the child into martyrdom.

Donoghue, an award-winning Irish-Canadian author, is best known for 2010’s Room, which she adapted last year into an Oscar-nominated film. In that novel, a horrific confined space is transformed into an expansive universe by the combined power of a mother’s devotion and her child’s imagination. With her latest, Donoghue examines that force in reverse. A family’s faith, fear and shame reduce a lively, bright, trusting girl into a sickbed spectre, allowing her to shrink into nothing before their eyes.

In spooky, Gothic detail, Donoghue paints a picture of a community haunted by its misfortunes, having witnessed so many relations wither from hunger or fall dead from exhaustion into the bog during a cruel, British-imposed public works project. Anna’s family, who lost her brother a year prior, are devout and superstitious. They place cups of milk under furniture to placate fairies and rub rags on wounds and then tie them to trees to cure illnesses. Everyone in the village is desperate to be blessed.

Anna’s self-imposed starvation is based on real accounts of some 50 “fasting girls” in Britain, Europe and North America between the 16th and 20th centuries, who experienced what seems to have been religiously motivated anorexia. Donoghue brilliantly casts the phenomenon against the era’s social and political prejudices to amplify the stakes of her fictionalized story. The church and the local gentry run every aspect of the village, cowing Anna’s family into obedience. Lib, despite her superior intelligence, cannot convince Anna’s dangerously inept male doctor to intervene. Nor can she, as a single woman and an outsider, rescue the child on her own.

Beautifully moody with the taut pace of a thriller, The Wonder grapples with the potency of love, both human and divine. Can you save your own soul by saving someone else?

More from Rachel Giese:
Zoe Whittall writes about what happens when ‘nice guys’ rape
Modern Lovers is your summer must-read
Imagine Me Gone: A bleak and honest look at mental illness