Eight ways to have a good boss-employee relationship

Three months ago, one of my very good friends got a great job opportunity at a newish company. The problem is not with the company, or her job (which she loves), but with the fact that she is the boss. All the employees were there before she became their boss, and it's making the new role difficult for her. 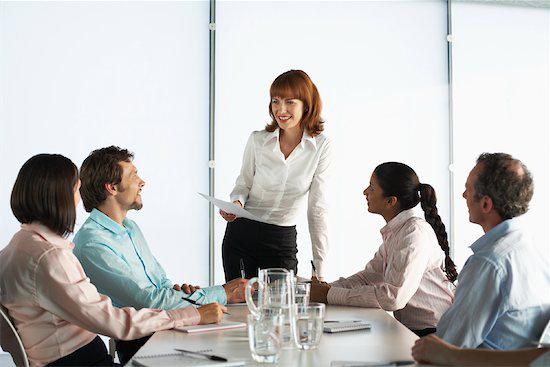 1. Bosses are not necessarily friends: Wagman, who has four employees, said that sometimes it is difficult to be a boss in a small office. “The people I hire, I usually like. They have to fit in and we all chat, so we tend to find things out about each other that is, quite frankly, personal.” That being said, she continued, “I have to always remember that we’re not really ‘friends’ and if they don’t perform, I have to talk to them. It’s part of the job I don’t like.”

2. Being the boss isn’t always easy: Wagman also said that though she tries to be friendly, fair and unemotional, it is hard for her. “I am not good with confrontation and a friend once said to me, ‘What people say about you behind your back is none of your business.’”

4. Bosses have feelings too: It’s part of my personality to want people to like me, but it doesn’t always work that way. If an employee bad-mouthed me to an external customer, then that would be grounds for a stronger reaction, Wagman said. If it’s just water cooler chat, it’s fine.

5. Being the boss is both the best and the worst: Durrell has six employees at Clippo. “Absolutely, it’s a difficult line to tread. Being the boss is the best and worst part of owning a business or being in charge. I’m friends with all my staff, and it makes it extremely uncomfortable when I have to approach them about anything negative.” She makes it a point to remind them it’s not about “our friendship” but it’s “about the business.”

6. A boss has to be straightforward: “If someone was bad mouthing me, Id ask them directly what caused the issues and seek to fix the relationship,” Durrell said. “But the bottom like is that as long as they do their job properly, it doesn’t matter how they feel about me personally.”

7. Bosses are bosses for a reason: “Personality matters to me. This is my business,” said Durrell. “And I want people involved who have a passion for all we stand for. I seek employees who are skilled and personable.”

8. How to be a good boss: “Go with your gut,” Durrell advised. “If you get a bad vibe that someone’s a poor match for your organization, chances are you’re right.” Also, she said, be clear in your job description and honest about the position. “It saves so much time and frustration down the road.”

Sometimes being the boss is harder, Durrell said, than any other role she’s had. “It was so much easier being a hardass when I wasn’t my own company,” she joked. So, yes, employees may not love their bosses, but remember that being a boss is not always easy either.

How long do you think it should take a boss to prove herself?