It took so many years to just accept that I was worthy of help, and it’ll take more time to heal. But I deserve that healing. 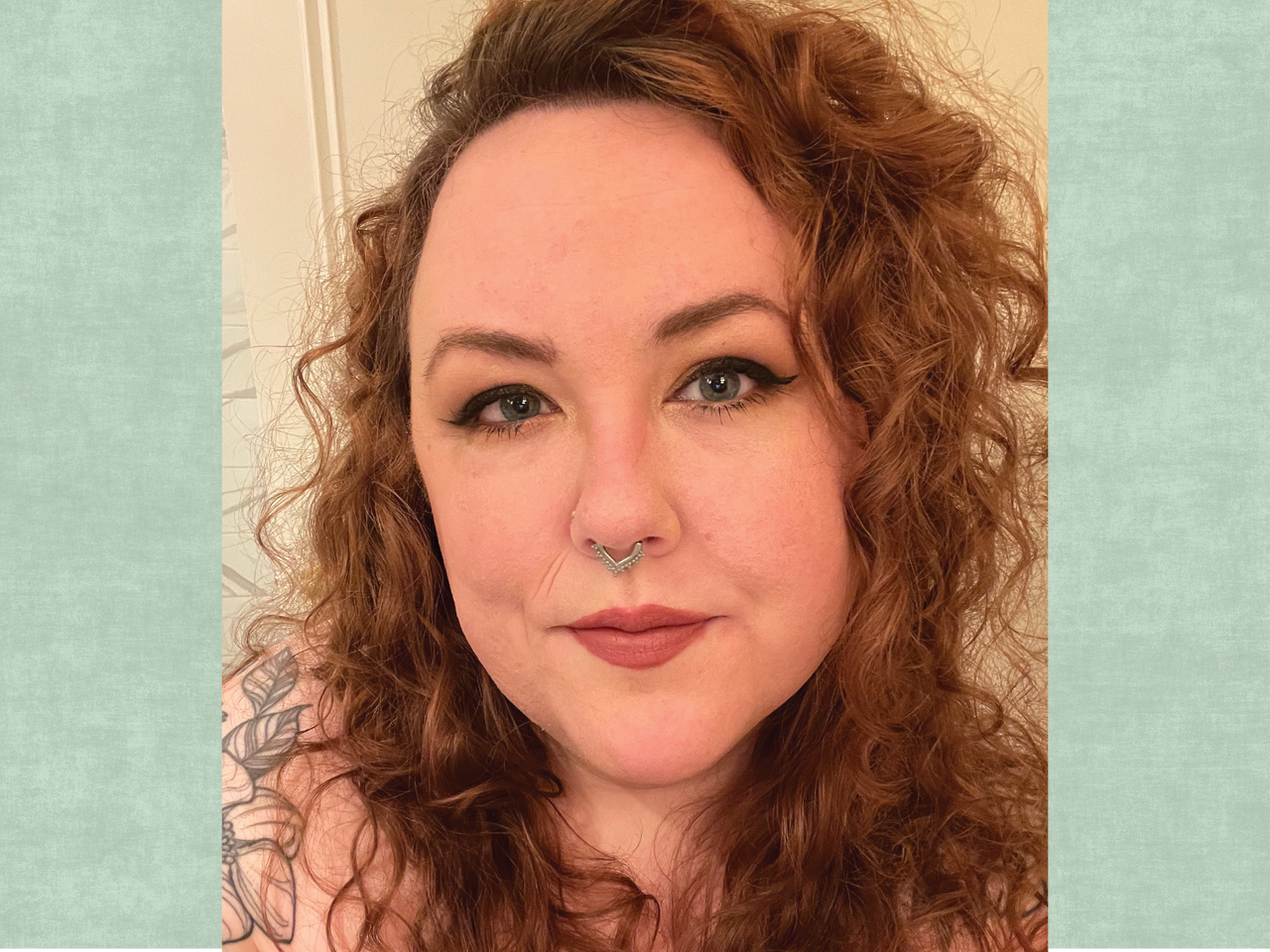 Last December, I decided I would eat only soup and instant oatmeal, my favourite safe foods. They’re perfect: an excellent calorie-to-volume ratio, warm and soothing in a way that tricks the stomach into thinking it’s satisfied. The plan was to skip breakfast and eat one of those options for lunch. No snacking, of course. The only hiccup was dinner: I always cooked and ate that with my live-in girlfriend and I couldn’t get away with skipping it, so I’d eat as little as possible without being too suspicious. Maybe I could even have some fasting days if I pretended to be sick. If I went over that allotment, I could simply throw up what I deemed to be excess.

For me, this felt like a perfectly rational course of action. I’d spent the month prior binging nonstop, loading up on rich foods at every opportunity. I ate like someone would eventually take everything away again, because I knew that I would be fasting soon. There was secret eating after my girlfriend went to bed, hiding wrappers in the bottom of the garbage can and hoping she wouldn’t uncover them and know my shame. My weight had crept up, again, and I felt like my body and my brain had betrayed me, again.

It felt familiar because this is how I’ve been eating since I was a teenager, when I first seriously restricted my food intake. I remember eating bags of baby carrots and a Diet Coke for lunch, sitting on the speckled linoleum of my high school’s hallways while my friends had actual meals. I remember eating a snack-size bag of cheesies and immediately panicking and throwing it all up. And I remember the praise. Although I was drowning, people—especially the adults in my life—told me I looked great, that I’d lost so much weight. Look how your jeans are just hanging off you. Good for you. Keep it up.

When I couldn’t do it any more, it was like an elastic springing back, and I binged, my body begging for the abundance and nourishment I had denied it. I’d eat too much, then throw it up out of shame, then restrict myself to compensate. Rinse and repeat for some 17 years—until I found myself, at 32, planning a shopping trip to stock up on oatmeal and soup.

Maybe it’s the clarity that time can bring, or maybe I was just tired, but for the first time it struck me: I needed help. But just as I was when I was a teenager being praised for shrinking, I’m fat. Who would ever believe a fat person had an eating disorder?

There’s a common sentiment in eating disorder treatment that EDs don’t discriminate. They affect people across all spectrums of gender, race, body size and socioeconomic status. People, however, do discriminate. Despite the reality of who suffers from eating disorders, there remains a pervasive image of eating disorders as illnesses that affect young white women who are dangerously thin.

“People in larger bodies are often not taken as seriously, or sometimes even eating disorders are encouraged,” says Lauren Smolar, vice president of mission and education at the National Eating Disorders Association. “And that’s incredibly problematic.”

The consequence, she says, is that those living in larger bodies, like me, are less likely to be diagnosed and receive treatment. Add to that an internal imposter syndrome—thinking that unless I was not just thin, but too thin, no one would believe my symptoms were actually a problem.

Compounding my imposter syndrome was my age and sexuality. It felt embarrassing to be an adult who didn’t know how to eat normally. But women over 35 in particular are increasingly seeking eating disorder treatment. And queer and trans adults and teens are actually at a greater risk for eating disorder behaviours, possibly as a result of minority stress, the stress experienced living with prejudice.

Part of the problem is that we usually think of anorexia when we think of eating disorders, a diagnosis that traditionally required a low BMI to be recognized. But most people with eating disorders actually experience some combination of symptoms like restricting, binging, and purging. While some eating disorder diagnoses have very specific criteria, such as anorexia and bulimia, those who experience symptoms that don’t neatly fit into one box may be determined to have “eating disorder not otherwise specified.”

Fox says the critical first step is being able to identify that you’re struggling and then finding an inclusive space for help. “Maybe this is a group for those affected by eating disorders/disordered eating that offers you safety and belonging, or a therapist that practices from the framework that aligns with you and your needs,” she says.

These are all things I wish I’d known months ago. I’d always been too scared of bringing up my disordered eating with previous therapists or doctors, afraid they wouldn’t take me seriously. Reaching out to a clinic felt like a leap of faith and while I was still terrified of rejection, I hoped that a specialized clinic might recognize the patterns I saw in myself.

One small mercy of the pandemic is that a lot of medical care has moved to the virtual world. That meant my first appointment with my new dietitian at a Toronto eating disorder treatment centre would take place over Zoom. This brought some comfort; I felt convinced that if they could see my body, not just from the shoulders up, I’d be told to take a hike.

It’s hard to explain how I could have a long history of disordered eating and still not believe I had an eating disorder. I chalked it up to simply being fat. I over ate because I lacked willpower, which is what diet culture and fatphobia had always told me was my biggest problem. Then I wasn’t restricting; I was simply dieting, the discipline I needed to reign my body in. The purging was just maintenance.

I was so nervous for that first appointment that just a few minutes in I word-vomited my every fear—that I was too large, too old, that I didn’t belong in that appointment, that I was taking space away from someone else who was actually sick.

My dietitian understood. “Lauren, you deserve to be here,” she told me. I was deserving of help, deserving of care. I deserved to get better.

Hearing that was the balm I needed. It was a contradiction to 17 years of silent misery. It was the first of what would be many breakthroughs in my recovery.

“I’ve been practising for 20 years and I’ve yet to hear someone who doesn’t say, ‘I don’t think I’m sick enough, I don’t think I belong here,’” says Fox.

That burden of proof is even greater for racialized women. In one study by researchers at Florida State University, clinicians were presented identical cases of three women—one white, one Hispanic, and one Black—with eating disorder symptoms. Only 17 percent identified the Black woman’s symptoms as problematic, compared to 44 percent for the white woman. This, despite research showing that Black teens are more likely to suffer from eating disorders than white teens.

Thanks to my health benefits from work, I was also able to have most of the cost of my program covered. I started seeing both my dietitian and therapist once per week, though I’ve now moved to every other week. Outpatient treatment at a private centre also meant I could skip getting a formal diagnosis because I arranged sessions directly with the centre without needing a referral. Fox says it is increasingly common for people to seek treatment without getting a diagnosis from a family doctor or psychiatrist first. Getting diagnosed can be an important step for some patients, both in accepting their own disorder and for seeking further treatment from doctors. (In my case it wasn’t necessary, but a family doctor for example may want to diagnose before proceeding or offering referrals, although some may provide a referral even without a diagnosis.) A diagnosis is typically made based on the criteria in the The Diagnostic and Statistical Manual of Mental Disorders, which for example requires a below “normal” body weight for an anorexia diagnosis. Without the privilege of money and insurance, navigating eating disorder care in Canada’s public health system can be a nightmare.

I’m now six months into treatment. My recovery has been hard, but worth it. With a dietitian I’ve worked on what’s called mechanical eating—eating healthily on a regular schedule despite what my hunger cues or urges say because I can’t yet trust my body’s signals. I also work with a therapist to uncover why I’ve come to eat the way that I do, working through trauma and my own relationship to mental health.

My relationship with both food and myself have drastically changed. I still eat oatmeal and soup, but each day I strive to construct balanced meals and have a regular eating schedule. It’s hard to explain how difficult it can be to make myself have a healthy snack like an apple and peanut butter when my brain is telling me to either never eat again or eat until I can barely breathe, but I’m getting there. My recovery has not been linear, and on the days I feel like I’ve fallen off the wagon completely, my team is there to remind me of the progress I’ve made. But more than learning to eat again, I’ve learned to be kinder to myself, to have compassion for the teenage me who just wanted to feel okay in their body. I still have work to do, but I’ve given myself the grace of patience.

“If you’re feeling controlled by food, if you feel imprisoned in your body, if you have a deeply harmful relationship with food and your body and it’s taking over your life, you need help,” says Fox. “And you deserve that.”

It took so many years to just accept that I was worthy of help; it’ll take more time to heal. But I deserve that healing, and if you’re struggling with food, you deserve it, too.

If you’re struggling, a good place to start is with the National Eating Disorder Information Centre. They have both a help phone line and a live chat, and I promise you are never “not sick enough” to reach out.