Dog training tips from a celeb trainer and TV host

Expert obedience training for your pooch. 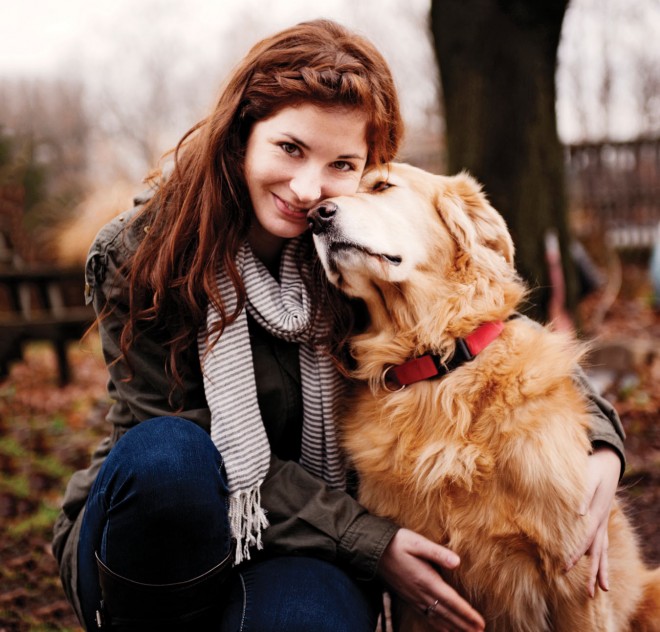 1. Have realistic expectations about your dog. Ditch the Lassie fantasies and other human baggage that unfairly burden your pet, and make sure the entire family unit participates in training and caring for her.2. Establish clear and consistent leadership so your dog respects you as the pack leader and accepts his position as the pack follower. Once you’re in the driver’s seat, your dog will be primed and ready for training.

3. Learn to communicate in your dog’s primary language: movement. Dogs can be taught to comprehend verbal cues and commands, but movements, gestures and actions that satisfy their basic needs are much more effective ways to teach them the skills they need to fit into a family pack.

4. Provide your dog with basic training that is adaptive to the rules of conduct in the canine world but that also allows her to function safely in the human world. This means giving her training exercises that feed her needs as well as her innate skills and intelligence. Don’t use treats and other such ineffective props.

5. Give your dog a steady dose of physical exercise that allows him to roam the neighbourhood, explore new places and settings, socialize and play with other dogs. Let him earn the privilege of following his own nose, exploring the world off-leash, instead of being restricted to the distance your leash allows.

6. Establish and maintain consistent household rules and boundaries so your dog has a clear understanding of the rules of behaviour in the human world. Be a considerate and respectful human caregiver who appreciates how environmental changes—a new family member, a new job, a move, any two-legged conflicts—might negatively impact the dog.

7. Refrain from overcoddling your dog or forcing her into the role of surrogate human partner. Don’t shower your dog with expensive and useless props and toys. Your dog should sleep in her own bed, have a maximum of three toys, a healthy four-legged diet and a few basic grooming aids to maintain physical and mental health. Give your dog the gift of your time and reward your dog with games that satisfy her need for mental stimulation, play and affection. This approach will also stave off boredom, separation anxiety and negative behaviours and will allow your dog’s skills and unique personality to shine through.

8. Don’t consider adding a second dog to the family mix until your dog reaches a mature three years of age and has had a lot of socialization with other dog buddies. Some veterinarians tell people to get a second dog to reduce problem behaviours, but adding another dog to the mix often just adds fuel to the fire.

9. Start training your puppy from day one, and before you start shopping for a pup, become educated about the unscrupulous practices of some pet shops and breeders out there. Never take a pup home until it’s at least eight, ideally nine, weeks of age, as this allows for critical bonding time with his mother and pup siblings.

10. Think about your relationship with your dog as a constantly evolving process. As dogs mature, they often go through phases that necessitate re-training—such as during the terrible twos and the golden years. Be considerate of these milestones and don’t get stuck in strict routines that will bore your dog. Instead, find new ways to bond.