Few would deny the fact that losing excess weight after months—if not, years—of applied effort feels good, putting an extra spring in a newly lightened step. 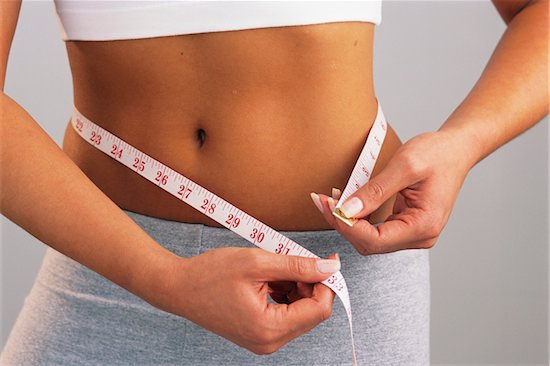 Few would deny the fact that losing excess weight after months — if not, years — of effort feels good, putting an extra spring in a newly lightened step. But a new U.S. study (via thedoctorwillseeyounow.com) found that for some young women the stigma of being overweight lingers long after those fat jeans have been donated to a local charity.

The study, which was published in the Journal of Health and Behavior, followed 2,000 girls for 10 years from the age of nine- or 10-years-old to 19- or 20-years-old. The participants consisted of a mix of African-American and Caucasian girls, who were then sorted according to their body mass index (BMI). There were normal sized girls, obese girls who were losing weight, and girls who were simply obese.

Every year the participants were monitored, they were asked to fill out a questionnaire related to their self-esteem.

That long-term observation revealed some interesting results. For example, while both African American and Caucasian girls who were overweight reported low or negative self-worth initially, that negative view altered for the African American girls once they lost weight.

Not so for the Caucasian girls. According to the study, Caucasian girls’ self-esteem remained fairly low whether they were heavy or if they’d lost weight.

There is no clear reason as to why the positive psychological effects of weight loss didn’t appear to resonate as much with the Caucasian girls as much as the African American girls. (One is tempted to speculate that cultural differences in how body types are received in ethnic communities may be a factor.)

Whatever the reason, it’s clear that some young women have a harder time shaking the stigma associated with being fat than others.

Lead researcher Sarah A. Mustillo offered this statement on the findings, “Studies show that children internalize stereotypes and negative perceptions of obese people before they ever become obese themselves, so when they do enter that stigmatized state, it affects their sense of self-worth.”

For parents and family doctors — even adults struggling with their own weight troubles and related esteem issues — the study underlines the fact that there’s more to building a healthy self-regard than simply dropping excess weight. By extension, the study also suggests that compassion, understanding, and a marked reduction in the culture’s increasing insensitivity to the plight of the obese and overweight may serve struggling kids far better than cruel comments and negative assumptions that only solidify feelings of shame.