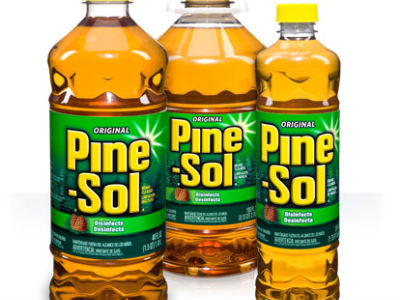 Ever wondered what’s in that bottle of chemicals you spray all over your house to keep it clean? Until now, mainstream cleaning manufacturers have been mum on what goes into their products, but now Clorox is breaking the silence. The cleaning behemoth announced that from now on, they will disclose all ingredients, including the specific dyes, fragrances and preservatives contained in each of their products. It’s the first time a mainstream cleaning company has made all of their ingredients public – in this case for some 200 products, including the ubiquitous Pine-Sol.

The appalling argument that rape victims somehow invited assault with the clothes they were wearing has reared its ugly head in the city of Toronto. Feminist blogs and websites both north and south of the border are reporting that a Toronto police officer apparently told a group of law students that if women want to avoid being raped, they should avoid dressing “like sluts.” The officer was addressing a group of students from Toronto’s Osgoode Law School, and the students are demanding an apology.

Canada is experiencing a boom in late adult education, and the latest flock to head back to the classroom is the good old baby boomers. It’s becoming increasingly common to see mid and late career adults returning to school to either upgrade their skills or even switch fields completely. The flood of mature students has boosted attendance at many universities’ continuing education departments. At the University of Ottawa, for example, continuing education enrollment nearly doubled between 2000 and 2009.

The unrest in the Middle East continues. In the Bahrainian capital of Manama, sleeping protesters were reportedly attacked by armed riot police early Thursday morning. At least five people were killed as police struggle to regain control of a city overrun with citizens protesting the nation’s absolute monarchy. Skirmishes have also been reported this week in Iran, Iraq, Libya and Yemen.

A new study has revealed that a treatment given to tall girls to stunt their growth can cause fertility problems. Estrogen treatment to stunt growth was commonplace in the 1950s, and though it’s less common today, it’s not unheard of. Now, new research conducted in Holland (where tall people come from!) has revealed that women who have received the treatment have more difficulty conceiving. Just one more reason for fabulously tall women everywhere to embrace their extra inches, in all their Amazonian glory.