Do you want to have more children, but can't?

This week is Canadian Infertility Awareness Week (CIAW). Because I know so many who have suffered from infertility, I want to spread the word. I have wondered about what it would be like if I decided to have another child. Though there are no plans, I often wonder if it would be as easy as when I conceived my first child. (Drunk and unplanned – could that be any easier?) 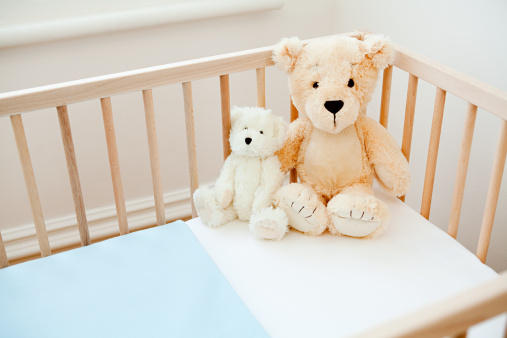 This week is Canadian Infertility Awareness Week (CIAW). Because I know so many who have suffered from infertility, I want to spread the word. I have wondered about what it would be like if I decided to have another child. Though there are no plans, I often wonder if it would be as easy as when I conceived my first child. (Drunk and unplanned – could that be any easier?)

First of all, it has been almost eight years since I’ve given birth to my first child. One of my friends got pregnant at 41 years old and now has a healthy, rambunctious, two-year-old. It was an unplanned pregnancy. But I have another friend going through “secondary infertility” and it’s extremely hard on her.

First, she tells me that people aren’t as sympathetic with her situation because she’s given birth before and has a three-year-old child. It’s as if they’re saying, ‘Well, at least you have one!” But when I listen to her, I can hear her pain and frustration, and it breaks my heart. “People don’t understand that baby cravings for another child are just as strong as baby cravings for the first,” she said, tearing up.

So, in honour of Canadian Infertility Awareness Week, I would like nothing more than to console my friend, who has given me permission to talk to a fertility expert about her situation. Because, as she said, “I’ve always wanted two children. That’s always been my husband’s dream and mine. And no one understands the pain I’m going through, because they are just like, ‘You are lucky and blessed to have the one you have.’ And I am. But does that mean that I don’t also deserve to have the second baby that I’ve always dreamed of?”

I spoke with Dr. Sony Sierra of First Steps Fertility Inc. on behalf of my friend, who I would do anything for. (Chatelaine ran an interview with a different fertility doctor earlier this week.) This week’s blog is for her and other people who are going through a similar situation.

Dr. Sierra says the causes of infertility are the same for both primary and secondary infertility and might involve one of three things needed to get pregnant: a healthy egg, normal structure (uterus and fallopian tubes), and healthy motile sperm available at the time of ovulation. She elaborates that “at least 40 per cent of the time, fertility is due to a sperm issue, the count, the motility, or the shape and morphology.” While sperm does not age the same way that eggs do, an easy conception with normal sperm in the past does not guarantee the same result in the future.

Dr. Sierra says there is “very little written or studied about the emotional needs of women experiencing secondary infertility.” From her experience, women experiencing secondary infertility have a harder time dealing with it. They describe feelings of anxiety and sadness and that something is “wrong” with them now. “Often they had such an easy time the first go, they expect it to be just as easy.” And their first child might become a constant reminder about their difficulties trying to conceive a second, or maybe their first child has even asked for a sibling, which puts even more pressure on an already intense situation, says Dr. Sierra.

There are infertility support groups, but they may not be accessed in the same way for women are trying to conceive more children. They may be in denial of having a fertility problem, since they’ve conceived in the past. “It’s almost as if they don’t fit into the discussions or blogs about infertility”, says Dr. Sierra. Thus, there may be a delay in seeking help from an infertility specialist.

One of the first things Dr. Sierra does is reassure women that wanting to have more children is as natural as wanting to have one child. “Women with secondary infertility have an even more difficult time being open about their desire and difficulties conceiving, as there may be some feelings of guilt associated with wanting more children. They may feel that they are somehow being selfish or greedy.”

So, for all those out there having similar difficulties, I sincerely wish you the best of luck. Secondary infertility is important to talk about. So discuss and talk your hearts out.