A broken heart isn’t just a convenient metaphor for acute emotional pain; it’s a wholly inexplicable medical phenomenon. Even more curious than the condition itself, however, is one U.S. doctor’s discovery that women appear to be more susceptible to their hearts breaking than men. 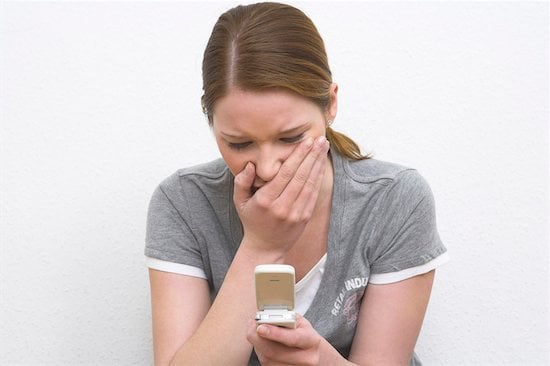 Many might be surprised to learn that a ‘broken heart’ isn’t just a convenient metaphor for acute emotional suffering; it’s a wholly inexplicable medical phenomenon. Even more curious than “broken heart syndrome,” however, is one U.S. doctor’s discovery (via Psych Central) that women appear to be more susceptible to their hearts breaking than men.

First discovered in the early 1990s by doctors in Japan, broken heart syndrome describes the effect extreme emotion can have on the functioning of the heart. In broken heart syndrome, stress hormones cause the heart to enlarge briefly affecting the organ’s ability to pump blood, a reaction that results in all of the classic symptoms of a heart attack or cardiac distress. The effect is temporary and patients usually recuperate in a few days. In one percent of cases, however, this heart attack-like reaction results in death.

Emotional shock doesn’t need to be negative to bring on the syndrome either. Intensely felt positive emotion such as joy and elation can also result in giving a shock to the heart too.

Dr. Abhishek Deshmukh of the University of Arkansas sought to understand why he was treating more women than men for broken heart syndrome. And after examining more than 6,000 hospital records related to the condition, he got his answer: more women experience this shock than men. Of the 6,299 records the doctor analyzed, there were only 671 men.

In the end, Deshmukh concluded that women are seven to nine times more likely than men to suffer from a broken heart.

That gender disparity appears to change as men and women age, however. According to Deshmukh’s findings, women over the age of 55 are only three times more likely to have a broken heart than men. While women 55 and younger are nine times more likely.

What makes women more vulnerable to this strange affliction, which while rarely fatal, represents a serious cardiac event, nonetheless.

It’s anyone’s guess at this point. The Associated Press (via Time.com) quoted Dr. Deshmukh as saying that it’s possible men’s hearts are built slightly differently and are able to “handle stress better.”

Another wholly unscientific hypothesis to toss in the ring: women’s hearts don’t operate in isolation from their minds, and for lack of a better metaphor, their hearts. And if that’s the case, ladies, it might be wise to take a seat first the next time someone utters the phrase “we need to talk.”