Do we really need to know all the gruesome details?

Amidst the recent horrors in the news, Flannery Dean looks at whether divulging the grisly details only further taunts the victims. 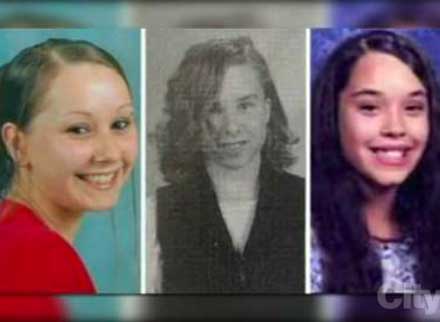 Ashley Berry, Michelle Knight and Gina DeJesus were held captive for a decade and escaped May 6 (Photo courtesy of Citynews.ca).

The wickedness of Ariel Castro, the Cleveland, Ohio man who kidnapped and held three young women captive for a decade is fairly well established by now. Since the dramatic escape of the women on May 6, troubling details about what they endured have trickled out.

Jubilation at the fact that Gina DeJesus, Amanda Berry and Michelle Knight are now free from further harm, however, is mixed with a peculiar and occasionally perverse interest in hearing exactly what they endured at the hands of Castro during their captivity.

But what purpose does such knowledge of evil ultimately serve? It’s a question recently considered by New Yorker writer Sasha Weiss. In an extremely thoughtful article, Weiss contemplates the significance of revealing the grim details of this story and others like it — along with the Cleveland story she mentions Jaycee Dugard and Elizabeth Smart.

For Weiss, the question thus becomes: ‘whether there’s inherent value in telling stories about evil’.

Certainly we tell a lot of these kinds of stories. But do we learn anything from intimate knowledge of sadism, cruelty and depravity? Or do we in fact further exploit the victims when we choose to share their private horrors one week and then move on to the next, abysmal example of human wretchedness the following week. Wouldn’t it be wiser to linger on the more profound questions these stories ask us to consider rather than gorge on the details and then, still unsatiated, look for yet another unhealthy meal?

It’s a question that both readers and journalists need to consider. Perhaps if we drew more salient lessons from these stories rather than dwell on the darkness they reveal we’d all be better served. Because after the details about whips and chains and heinous acts are run through we’re still left with the problem of how to best protect young women from predators, how we can be more vigilant neighbours, guardians and friends to one another, and how to prevent the creation and flourishing of another Ariel Castro.

In the end, those are the details that get lost amid the salacious focus. Sadly they’re the features that could make all the difference in the future.

And, as more horrifying information gets revealed about the tragedy surrounding Tim Bosma, be mindful of where your focus goes.

Tell us, do you think revealing all the horrifying details in stories like these only further scars those involved?