Do the holidays contribute to a low sex drive?

The Office Christmas Party. Christmas Eve at the Mall. Sweatpants: the Musical. Those aren’t just would-be titles for romance novels destined to collect dust in the remainder bin, they’re also pretty accurate chapter headings for what life is like for most women during the holidays 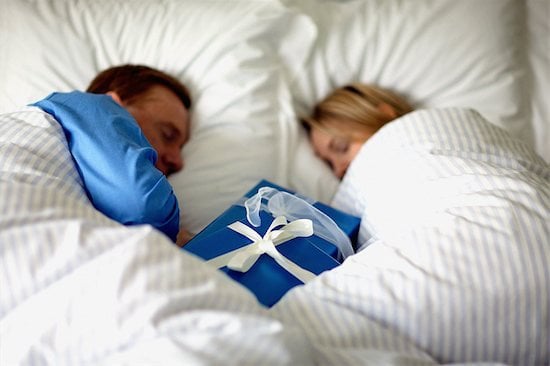 The Office Christmas Party. Christmas Eve at the Mall. Sweatpants: the Musical. Those aren’t just would-be titles for romance novels destined to collect dust in the remainder bin, they’re also pretty accurate chapter headings for what life is like for most women during the holidays.

Not surprisingly the ‘most wonderful time of the year’ may also be the least sexy. According to a recent post on the Rodale website, the hustle and bustle, hither and thither and ‘Did I really eat the spinach dip and the bread bowl it came in?’ that characterizes the holidays may also be a factor in why many women would rather go gently into that good night than have sex with their partners.

What is it about this time of year that may lead to low sex drive among ladies? For Rodale writer Leah Zerbe, it’s a combination of factors that dovetails nicely with a 2010 study on low sexual desire disorder among women.

The study, published in the Journal of Sexual Medicine, asked 400 women who suffered from low sex drive to identify the reasons that stood in the way of their feeling sexy, baby.

The most significant factors in their non-getting-jiggyness were: stress or fatigue, feeling unattractive generally, and sexual difficulties such as an inability to reach orgasm.

But there is a cure—for low sex drive, anyway.  As Zerbe reports, the study’s authors determined that “boosting self-esteem, along with reducing fatigue and stress, could significantly fire up a woman’s sex life.” Oh, that trio of positive reinforcement could heat my house for a year!

Zerbe also offers a few tips for getting the mood should you be so inclined. Those tips include: not overscheduling (I wish), portion control to offset potential weight gain (great idea, but technically impossible), reading erotica (taking a pass!), and more curiously, wearing a boatneck t-shirt to show off one’s shoulders (OK. I can do that.)

If none of those tips woo you out of flannel-clad hibernation, console your exhausted fat self with the fact that December is but one month in 12, and as sex expert Debbie Herbenick tells Zerbe, there are worse things than low sex drive. For example, beating yourself up about it. Herbenick: “We should challenge ideas that suggest that women or men should always want lots of sex, all the time.”