“But she’s such a handful,” I said to my boyfriend. We were talking about a couple we knew and had just run into. I could not, for the life of me, figure out what this man saw in this woman, who is demanding, bossy, and abrasive. 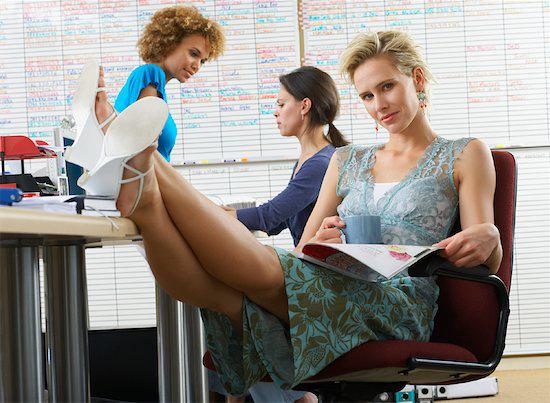 “But she’s such a handful,” I said to my boyfriend. We were talking about a couple we knew and had just run into. I could not, for the life of me, figure out what this man saw in this woman, who is demanding, bossy, and abrasive. Meanwhile, I have two super nice and sweet single girlfriends who can’t seem to find a man, let alone get a proposal — and they are the nicest people I know!

How is it that other not-so-nice women seem to land men with the snap of their fingers, no matter how demanding or high-maintenance they are? According to a group of American women who have been friends for years and founded the new site Betches Love This, women should aim to be “betches.”

What is a betch? The site describes betches as women who act “unapproachable, almost goddess-like, do whatever they want and are trend-setters. A betch is gorgeous and cool and fun and most of all she’s great at getting what she wants.”

I interviewed one of the founders of the site to find out if, as the saying goes, nice guys (or girls) finish last. Is it’s better to be a betch than the sweet girl next door?

1. Describe a betch we know and see: “Chelsea Handler, Anna Wintour, and Kate Moss,” says one of the founders. “They’re betches. If you could combine the hotness of Kate Moss with the wit of Chelsea Handler and the ‘get-lost’ vibe of Anna Wintour, you would have yourself the ultimate betch.”

3. Don’t be timid: One of the founders reiterates: “Nice girls never get what they want. Being timid and easy-going gets you the middle seat in coach, and the crappy jobs in the real world. Every betch knows that status is the most important thing,” she says. “This is an evolutionary fact, just like birds can fly.”

4. There is a difference: It’s easy to confuse the word “betch” with “bitch.” “But make no mistake, they are different,” she says. “A woman doesn’t want to be called a ‘bitch,’ even though she most definitely strives to act like one, but pretends she doesn’t. It’s complicated. Every girls wants to be strong, confident, and not care what people say about them.” That’s a betch.

5. Isn’t this offensive?: “People are offended already by the site and the word,” she says. “But we don’t care. That’s the nature of being a betch, because people will always hate you for being on top. People are scared by the truth.” However, she says, many, many women who have taken the time to read the site “literally embraces it as if it’s divine truth.”

6. Do men really like betches?: Yes! All men, she says, love betches. Why? “Men love women who don’t take crap from them and who gives them a challenge, be that not putting out right away or demanding a proper anniversary gift. No one wants to be with a doormat or someone who doesn’t take care of themselves and those are the qualities that we promote.” Nice guys finish last, she continues, “but nice girls don’t finish!”

7. So forget about being nice?: “For us, there is no greater insult than to be called a ‘nice girl.’ We don’t necessarily want to be called bitches, but we definitely want people, especially men, to be intimidated by us.” She mentions one “historical betch” who once said, “Well-behaved nice girls never make history.”

Though the site is pretty funny, I’m not convinced that being a betch is a good lifestyle choice. That said, I see it over and over again — men ending up with women who fit the betch description, while my nice girlfriends don’t get asked out.