Good news for meat and cheese lovers looking to shed winter weight quickly and with a little effort. A new study (via NYTimes) suggests that not only can you lose weight faster on a high-fat, low-carb diet, but also that when combined with regular exercise—at least in the short term—a diet that’s higher in fat doesn’t negatively impact heart health 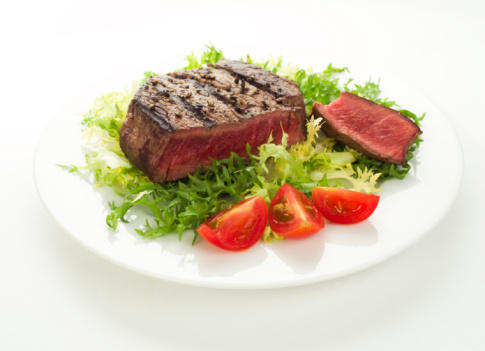 Good news for meat and cheese lovers looking to shed winter weight quickly and with a little effort. A new study (via NYTimes) suggests that you can lose weight faster on a high-fat, low-carb diet that includes exercise. More importantly, at least in the short term, this kind of diet doesn’t appear to negatively affect heart health.

The study, done by researchers at John Hopkins University, put 45 overweight men and women on a diet, trimming about 750 calories from their daily intake and dividing them into two separate eating groups. Half followed a high-fat, low-carb diet and half followed a high-carb, low-fat diet.

Nobody sat around, however. In addition to the diets, participants in each group also followed a supervised exercise program, which included walking, jogging, and weight lifting three times a week for 30 minutes.

The study’s findings revealed that while both groups proved able to lose weight successfully through a combination of diet and exercise—whether eating a high-fat or low-fat diet—the meatier, low-carb group had a significant speed advantage. It only took the high-fat eaters roughly 45 days to lose 10 lbs. By contrast, it took around 70 days for the low-fat eaters to shed the same amount of weight.

Concerned about the affect a high-fat diet may have on cardiovascular health, the researchers monitored participants’ blood pressure both before and after the diet. Surprisingly, neither group revealed a potentially harmful change, leading some to speculate that exercise may make all the difference.

But don’t run to the butcher quite yet, especially if you have high cholesterol or other associated risk factors for cardiovascular disease. The study only offers a short-term result and focused on only one aspect of heart health. Hoping to shed more light on the findings, the researchers plan to test the long-term health affects that eating a meatier, cheesier diet (while still maintaining an active lifestyle) has on the heart in the future.

In the meantime, dieters of all stripes can take comfort in the fact that the age-old combination of moderate exercise and reduced intake will result in weight loss—it just takes time.