Do I have reason to be proud?

With my short career in the military ending, I find myself wondering if I've contributed anything worthwhile, especially considering all my dreams when I started out. 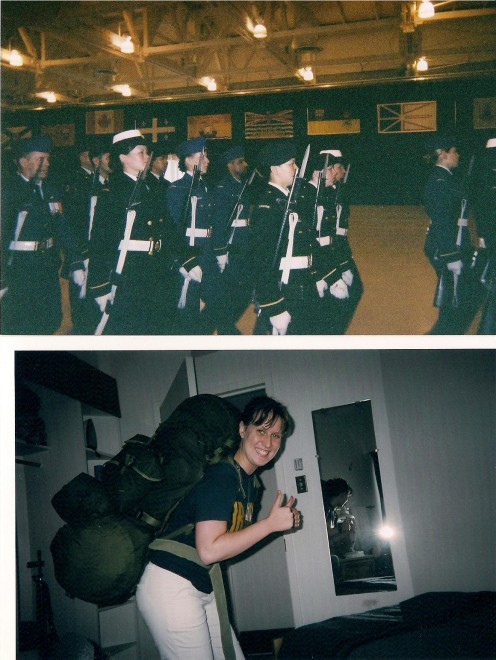 My short military career is ending so quickly-certainly much more quickly than I had anticipated just eight years ago when I joined. But now I’m on my way out for an injury I sustained only a year in to my short stint in the Forces. I never would have thought I’d be headed down this path such a short time later. When I look at my photos from basic training, I remember how excited, nervous, and hopeful I was. Who would have thought that ruck sack would break my leg and be the end of my career?

In previous posts, I’ve mentioned that in the military, no matter how you want to slice it, there is a perpetuated idea that if you haven’t been overseas, you haven’t really served in the forces. That you haven’t really done anything. And certainly, not everyone thinks this way but for the most part, if you have eight years in like I do and you don’t have an overseas medal, people start to wonder what you’ve been up to all this time. That, and you start to compare yourself to others- not a healthy thing. For a while, this mantra was fading, but the war in Afghanistan has raised it once more. Often, I’ve felt very out of place for not deploying.

So now, I’m looking back on my short career and wondering if I’ve given as much as I had hoped to, back when I signed on the dotted line. I was so full of ambition and drive to succeed and serve. But after years of driving a desk and not feeling entirely effective in my workplace due to my injury, I’ve been left wondering: Do I have reason to be proud of my time in the military?

Mark and my parents, of course, would argue that I have so much to be proud of. I served my country, I worked hard and I gave it my all. But I can’t help but feel like I could have done so much more. Would I have felt this way if I had deployed? Would I have felt like I contributed
more?

But then I think of my peers, some of who haven’t deployed either, and I realize that in saying that I shouldn’t be proud is the same as saying that I’m not proud of them, regardless of how much or how little time they’ve been in the military. And then I read back to my previous blog posts and decided to take my own advice when I wrote that we are “all a cog in the wheel”. Each part can only function with the other in place.

I may not have served my country for long, but what I have done has mattered in the long run. Even my time here at the Integrated Personnel Support Centre has made me feel like I’ve effected changed. I’ve helped people. I’ve given them comfort. I have done something.

Besides, Grandpa T is looking down on me now, telling me to stop being so ridiculous. After all, he was proud of me all along.