Do bossy women have more or less sex?

A study by researchers at John Hopkins University suggests that women who make the majority of the household decisions rather than jointly consult with their partners have less sex with their respective partners overall. 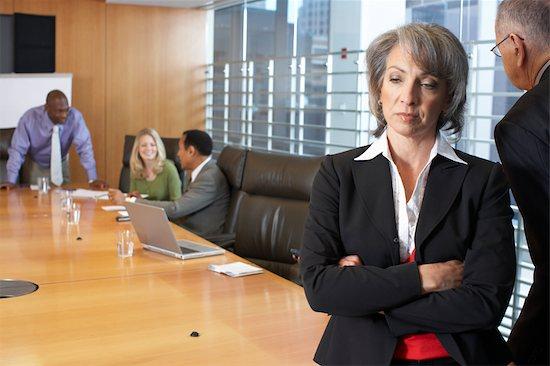 Do bossy wives and girlfriends pay a price for their micromanaging ways in the bedroom?

A study by researchers at John Hopkins University (via Huffington Post) suggests that women who make the majority of the household decisions rather than jointly consult with their partners have less sex with their respective partners overall. (And yes, ladies, apparently you’re supposed to think less sex after a full day of bossing everyone around is a bad thing so look suitably downcast.)

For the study, the researchers asked women in six different African countries to discuss their sex lives as well as detail how the household decisions shake down responsibility-wise in their homes.

“The more decisions a woman reported making on her own, as compared to through joint decision-making, the less likely she was to have sex and the longer it was since she last had sexual intercourse,” the study’s lead researcher Michelle Hindin said.

How much less sex are these responsible adult women who insist on making decisions all the freaking time having? Approximately 100 times less, say the findings.

Not surprisingly, the study—or at least how it’s being interpreted by the media anyway—has come under fire by some for its implied assault on female assertiveness.

On Slate’s XX Factor blog, writer Amanda Marotte takes issue with the media’s simplistic interpretation of the study, arguing that it misinterprets the term “dominant” and exaggerates the implications of the findings (“assertive women not sexy,” declares media. “Hugh Hefner seconds that emotion”.)

Marotte writes: “It is true that the highest end of empowered women—that is, women who were able to decide what toothpaste to buy and when to visit friends—reported reduced sexual activity by three- to 100-fold, but that doesn’t mean they’re not having sex. The majority of the women in the study had sex in the last month, after all.”

More importantly, she argues that there’s a distinct difference between gender norms in African nations versus those power-sharing structures that are well established in Western countries.

As a corrective measure, Marotte cites a handful of U.S studies that seem to complicate, if not entirely contradict, the Johns Hopkins’ finding.  For example, she cites one that says men who pitch in at home more equally have more sex with their wives.

Hmm, so helpful men are rewarded for their efforts in the bedroom, huh? Now that’s a news story women need to aggressively promote/manipulate for their own ends.