Why we don’t like dark meat; an American grocery store censors Elton John’s baby; why your name may dictate your spending habits; Penelope Cruz gives birth to Javier Bardem’s baby; and why we should all appreciate our bus drivers. 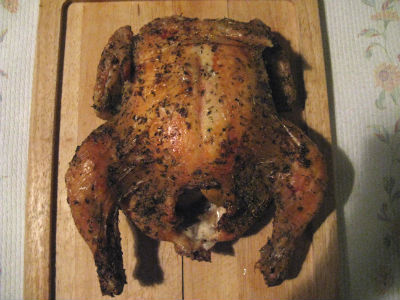 A recent article on the website Slate delves into the fascinating economics behind America’s love of a clean, white chicken breast. Did you know the average American will choose white chicken meat over dark eight times out of ten, or that America exports vast quantities of dark chicken meat to Russia? Read on to discover why Yanks (and likely many Canadians) tend to view dark meat as waste and white meat as dinner.

A chain of American grocery stores is under fire for using a “Family Shield” to cover up a People magazine cover sporting an image of Elton John with his husband and newborn baby. The plastic shield was likely designed to cover pornographic images, but in this case obscured the image of the gay couple and their child, and sported the words “To protect young Harps shoppers.” Attention shoppers: homophobic censorship in aisle nine!

You may have an excuse for your extravagant spending habits, but only if your last name starts with a letter near the end of the alphabet. A new study shows that those with last names near the end of the alphabet tend to spend money more impulsively. The report’s authors hypothesize that the itch to spend comes from the childhood experience of always being last in line, and say the finding indicates just how much our adult behaviour is affected by past experiences.

It’s time to say hello to the latest Hollywood super baby! Penelope Cruz gave birth over the weekend to a baby boy, with husband Javier Bardem. It’s the first child for both Cruz, 36, and Bardem, 41, who married last July. The baby came at the same time as a surprise Oscar nomination for Bardem, who was nominated for best actor for his role in the Mexican film Biutiful.

Commuting on public transit can be a downright slog, so it’s no wonder that bus drivers end up taking more than their fair share of abuse from testy passengers. Being a bus driver is one of the most challenging and stressful jobs out there, and now some thoughtful riders are trying to give a little bit back by starting an annual Bus Driver Appreciation Day. To learn more about the initiative, click here.