The writer and wife of the Canadian high commissioner in Britain shares her love for Canadian fashion, her relationship with her disabled son, and her devotion to her family 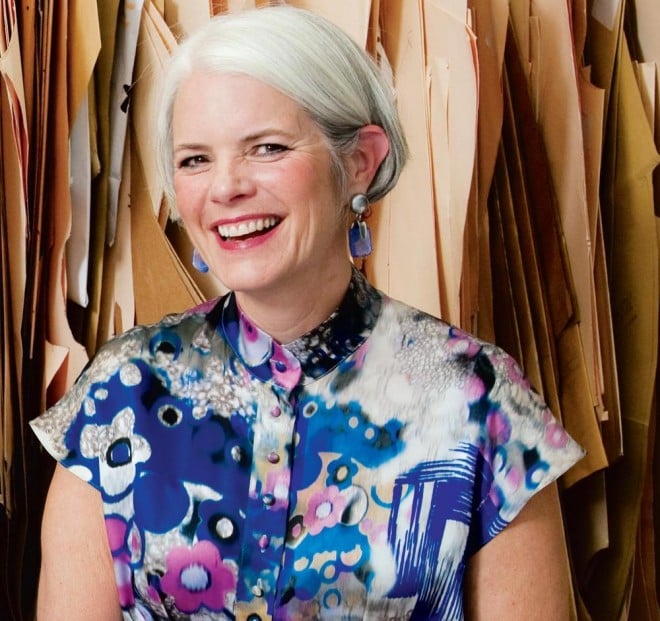 When we meet, Donna Thomson is sitting in a sleeveless black dress on a plump, cream-coloured sofa in the elegant living room of the Canadian diplomatic residence in London. She’s five foot eight, slim and energetic. The wife of James Wright, Canada’s high commissioner (the title given to ambassadors from Commonwealth countries), she looks effortlessly stylish, but then she would: Donna has become the unofficial cheerleader for Canadian fashion in the U.K. She feels the arts, fashion included, are a good way to tell the world “who we are as Canadians,” and she loves to boast about London-based Canadian designers Erdem Moralioglu, Mark Fast, Todd Lynn and Jean-Pierre Braganza. Donna owns two of Montrealer Erdem’s dresses. And she’s not the only one: Michelle Obama, Anna Wintour and the British prime minister’s wife, Samantha Cameron, all wear Erdem.

In May, Moralioglu, Fast, Lynn and Braganza were feted at a dinner given by the high commissioner. Donna enthuses about Fast’s just-launched knitwear line for Topshop — “It’s absolutely fantastic!” — and how he is perceived in the U.K. — “He’s huge!” Kate Moss, Beyoncé and Rihanna all wear his clothes, and he infamously turned down a request for a dress from Lady Gaga. Yet success has apparently not gone to his head. Donna calls the designer from Winnipeg “a very sweet, humble guy.” Her daughter, Natalie, wears his knitwear, which Donna describes as “geometric, skin-tight, visually interesting and very sexy.” She prefers the designs of Ottawa’s Lynn on Mick Jagger and Janet Jackson (both fans) rather than herself. Lynn’s clothes, she says, are “rock-star couture, a little bit too young for me, but it’s stuff that I just love to look at.” Donna is a fashionista herself. Today, she’s wearing a pair of British designer Rupert Sanderson’s flat black patent-leather sandals. “They cost a bomb normally,” she says, but Donna is a bargain hunter: “His sample sale is on my calendar a year in advance!”

Donna has a theory about Canadian fashion design: “It is very closely related to nature.” She recalls Erdem telling her about “long winters with grey and white” while he was growing up in Pointe-Claire, Que. She sees in his work “the idea of reflecting on the wilderness — the harshness of it and the expanse — and filling it with flowers and making a magical world. That’s particularly Canadian too. It’s coming out of a harsh climate into an imaginary place where everything is in bloom.” She sees a “sense of memory and longing in his work.”

Donna’s role as the Canadian high commissioner’s wife is ultrahigh- profile. As well as championing all things Canadian in the U.K., she chaperones royalty and entertains visiting dignitaries. She’s at an official function nearly every day, “assisting Jim.” But, despite the social whirl, Donna is adept at bringing things back down to earth. This is thanks in part to the fact that she has spent much of her adult life looking after their son, Nicholas, who has severe disabilities: He was diagnosed with cerebral palsy when he was four months old. “Life with Nicholas has made me humble and grounded,” she says, “because knowing that you have one foot so firmly in real life-and-death issues gives you a very clear idea of your place in the world.” She is equally passionate about both her family and her country, and her prominent position also allows her to champion the rights of disabled people.

Although the diplomatic life is literally miles away from her upbringing in Canada, “in a way, my childhood prepared me for the foreign service,” says Donna, now 55. Her father, who was an entrepreneur in the rope and fibre business, moved the family between Montreal and Toronto or Brantford, Ont., every two years to keep up with the demands of his work. When Donna was 18, his career was cut short by a series of strokes that left him with partial paralysis and unable to speak. His disability dramatically foreshadowed what was to come later in her life. Donna, once an aspiring actress, obtained a bachelor of fine arts in theatre at Concordia, and then a degree in education from the University of Ottawa. Her husband-to-be had been on the scene since her childhood, although she had no inkling that he was “the one” until her university years. “Our parents were friends up at the cottage,” she says, “so our two families had been close forever.” Donna had noticed only one thing about Jim up to that point: “He was the best water skier on the lake.” Jim entered the diplomatic corps, and their early married years flew by. The two studied Russian for a year, and in 1978, as newlyweds, they set off for Moscow, where Jim served with the Canadian foreign service and Donna worked as a translator. Next stop was Washington, where Jim was a political officer responsible first for energy, then for the environment, and Donna called on her acting skills to show teachers how to use drama as a learning tool at the John F. Kennedy Center for the Performing Arts.

In 1988, 10 years into her marriage, Donna, who’d had no baby plans, suddenly found herself pregnant. “I wasn’t really sure I was grown-up or responsible enough to look after another person,” she says. The arrival of Nicholas changed that view in an instant. “When I realized that all you have to do is love them, I thought, ‘For heaven’s sake, why was I waiting so long? Now I want six kids!’ ” Donna’s pregnancy went well enough, although Nicholas was born five weeks premature. He spent his first month in hospital, and when he came home, he could not swallow properly; light bothered him, as did laughter; and once he cried for 37 hours without stopping. The tiny baby was admitted to hospital for tests. In her book, The Four Walls of My Freedom, Donna describes in heartbreaking detail how a tearful female doctor guided her into a hospital-ward playroom. She recalls squeezing into a plastic child’s chair as the doctor, “in a sturdy, mother’s wooden rocker . . . told me my baby was severely disabled.”Nicholas has cerebral palsy, which is in effect a brain injury. “Somebody back-ended me at a stop sign,” Donna says. “I mean, we don’t know why Nicholas has a disability, but it’s likely it was that.” As if on cue, there is the whir of a motor. It is the sound of the stairlift installed especially for Nicholas, now 22. “We call it Apollo 17,” Donna explains. “The first time he rode it, he was laughing his head off. It was like going on a ride at Disneyland.” In glides Nicholas, in his wheelchair, wearing a bright-red T-shirt and a wide grin. He is pushed by his caregiver. Mother and son banter about his impending birthday, hockey trivia and summers past. Four years after Nicholas’ birth came a healthy baby girl, Natalie, now 18 and beginning her second year at Trinity College, University of Toronto. Natalie spends her holidays in London, and Donna treasures that time. London, she says, has been “a wonderful place to live,” largely because Donna — now with round-the-clock care for Nicholas — has time for her daughter. 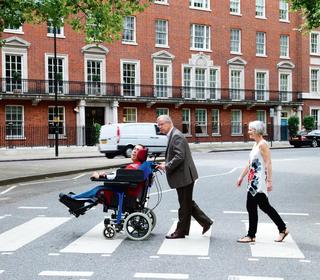 The decade before Donna’s arrival in London in 2006 was spent quietly in Ottawa, where she stayed at home with Nicholas. The two, she says, were “completely glued at the hip.” Looking after Nicholas is a 24/7 job. His meals are managed through a feeding tube or occasionally by mouth, and he requires total care for every aspect of his life. Donna flips through a fat green binder, Nicholas’ bedside medical chart, in which his caregivers record his every waking and sleeping moment. “He usually has three or four seizures overnight,” Donna says; her everyday vocabulary is sprinkled with medical terms like “oxygen saturations.” Nicholas’ oxygen levels drop regularly, and he needs to be stimulated to start breathing again. Donna rubs her nose and taps her cheek to demonstrate how Nicholas is kept alive. Along with cerebral palsy, Nicholas also has osteoporosis, Crohn’s disease and scoliosis, but, despite his many obstacles, he is a high-school graduate, writes his own hockey blog and buys and sells on eBay. Nicholas is at the heart of Donna’s book, in which she questions society’s dislike of dependency and the revulsion toward those who, like Nicholas, are not able to fly the nest, get a job and live independently. Donna also points to our growing and increasingly needy older population, arguing that social policy around aging is “all about independence.” She says society feeds the idea that life “is not worth living if you are dependent,” and she fumes at novelist Martin Amis’ recent call for euthanasia booths on every corner where old people can go to end their lives and “get a martini and a medal” as a way of coping with the impending silver tsunami. For Donna, “service to another is not a bad thing. In fact, it’s a great thing.” She refuses to see Nicholas’ disability as a tragedy. “I don’t see how you could call it that when we spend our entire time laughing our heads off together. I think he and Natalie are the best kids on the face of the earth. He’s just my treasure. That’s what I call him: my treasure. The only thing that makes me sad is that he’d like to have a girlfriend, and I can’t give that to him.” She wants the impact of her powerful account of life with Nicholas to reach far beyond Canada’s borders. “I have a big interest in changing people’s minds, planting seeds,” she says. Fashion is another medium through which she wants to achieve that. “I have seen so painfully with Nicholas how much of our actual individual feeling of self-worth is based on appearance. That’s why I feel that beautiful clothing should be accessible to everyone, and that includes my son.”