Dinner out with a friend and her cell phone.....Ugh

There’s nothing like going out to dinner with a friend—and her cell phone, which often sits perched just to the left of her plate. Ah, the deeply private conversations that get interrupted by vibration mode. 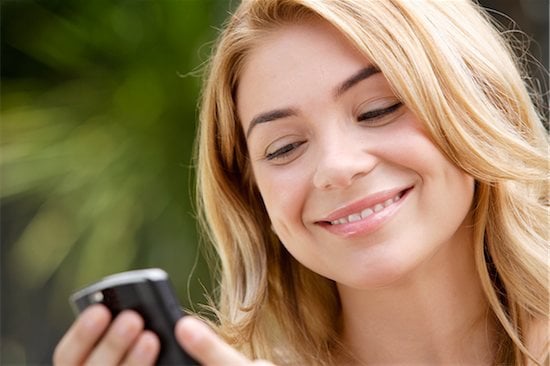 There’s nothing like going out to dinner with a friend—and her cell phone, which often sits perched just to the left of her plate as if an honoured guest. What a time is had: The deeply private conversations that get interrupted by vibration mode. The precious minutes spent watching your pal scrolling through her banal texts for the 100th time.

Cell phones have the power to tweet, Facebook and Google map, but it’s also no secret that they have the power to put a wedge between friends and loved ones when they interfere with social time or get in the way of conversation or bonding.

Researchers from the University of Maryland (via Time.com) suggest that our phone obsessions may be negatively affecting our social behaviour. In fact, say the researchers, they make us less social and more selfish and this is apparent perspective shift is in evidence even after brief use.

For the study, researchers asked men and women in their 20s to use cell phones for a short period of time. Then they proposed the participants partake in ‘pro-social behaviour’.

Strangely, the cell phone users were less likely to participate in pro-social activities such as volunteering and they showed less of an interest in activities that contributed to charity or benefitted the community. Weirdly, the very idea of their phones contributed to this form of emotional and psychological detachment.

Reports Time.com: “The same drop in prosocial tendencies occurred even when participants were simply asked draw a picture of their cell phones and think about using them.”

What is it about mobile technology that has us so enamoured with ourselves? Experts speculate it may be because phones satisfy the human desire for connection, the fulfillment of which people once exclusively sought in interactions with other human beings. If you can feel connected to others through a phone, why bother to make the effort in real life, goes the thinking.

Unfortunately that primal satiation may go some way toward reducing our view of other people’s humanity, making us potentially less empathetic and generous if we’re not careful to put a functioning wireless connection well below human connection on our list of priorities.