This is pretty much the best thing to happen to anyone, anywhere, in a long, long time. Here's how it went down: Dick Van Dyke fell asleep on a surfboard and drifted out to sea.... 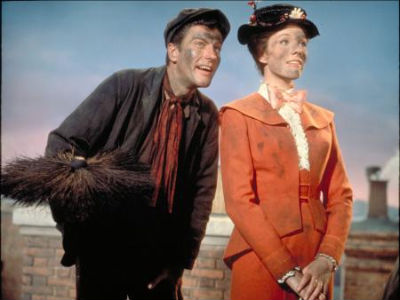 This is pretty much the best thing to happen to anyone, anywhere, in a long, long time. Here’s how it went down: Dick Van Dyke fell asleep on a surfboard and drifted out to sea. A pack of friendly porpoises appeared and pushed him back to the shore. What we’re trying to say here is that Dick Van Dyke was rescued by porpoises. ‘Nuf said.

It’s finally happened: Judge Judy has rendered herself culturally and politically relevant. During a recent appearance on Larry King Live the daytime TV decision-maker spoke out on gay marriage, saying that the “federal government has to be involved to ensure that all people have those basic rights.” This isn’t the first time Judge Judy has taken a stance on the issue: two years ago she officiated a wedding between two men.

After five days without power or proper food, the 4,500 passengers left stranded on a luxury cruise ship Monday are back on solid ground. An engine room fire left the 1,000-foot Carnival Splendor floating without power off the Mexican coast earlier this week. Passengers have reportedly been living off cold sandwiches and warm milk and yogurt since then. The ship finally reached a San Diego port yesterday, towed there by six tug boats.

The federal government has admitted it has been ill-prepared for the large influx of wounded soldiers now returning from the war in Afghanistan. Veterans Affairs Minister Jean-Pierre Blackburn has said his department was designed to deal with the veterans of previous conflicts, and is now struggling to keep up with the demands of a war in progress. He announced several policy changes to remedy the situation, including the addition of a new chapter to the division’s charter which would see all wounded veterans guaranteed a minimum of $40,000 a year, rather than 75 percent of their salary, as was previously the case.

Is a doctor who understands art a better doctor? McMaster University thinks so. The school is offering a new art appreciation class specifically for family medicine residents, after a number of studies revealed carefully analyzing art can improve doctors’ diagnostic skills. One study, published in the Journal of General Internal Medicine, found that Harvard medical students who took art appreciation were 38 percent more accurate when making medical diagnoses than before the class. Experts believe studying art improves doctors’ observation skills and helps them to better see the bigger picture.