Diane Keaton recently revealed that she doesn’t have any friends. Can you relate?

According to Statistics Canada — and our own 'This is 40ish' survey — a surprisingly high number of Canadian women say they have zero friends. Does it matter? 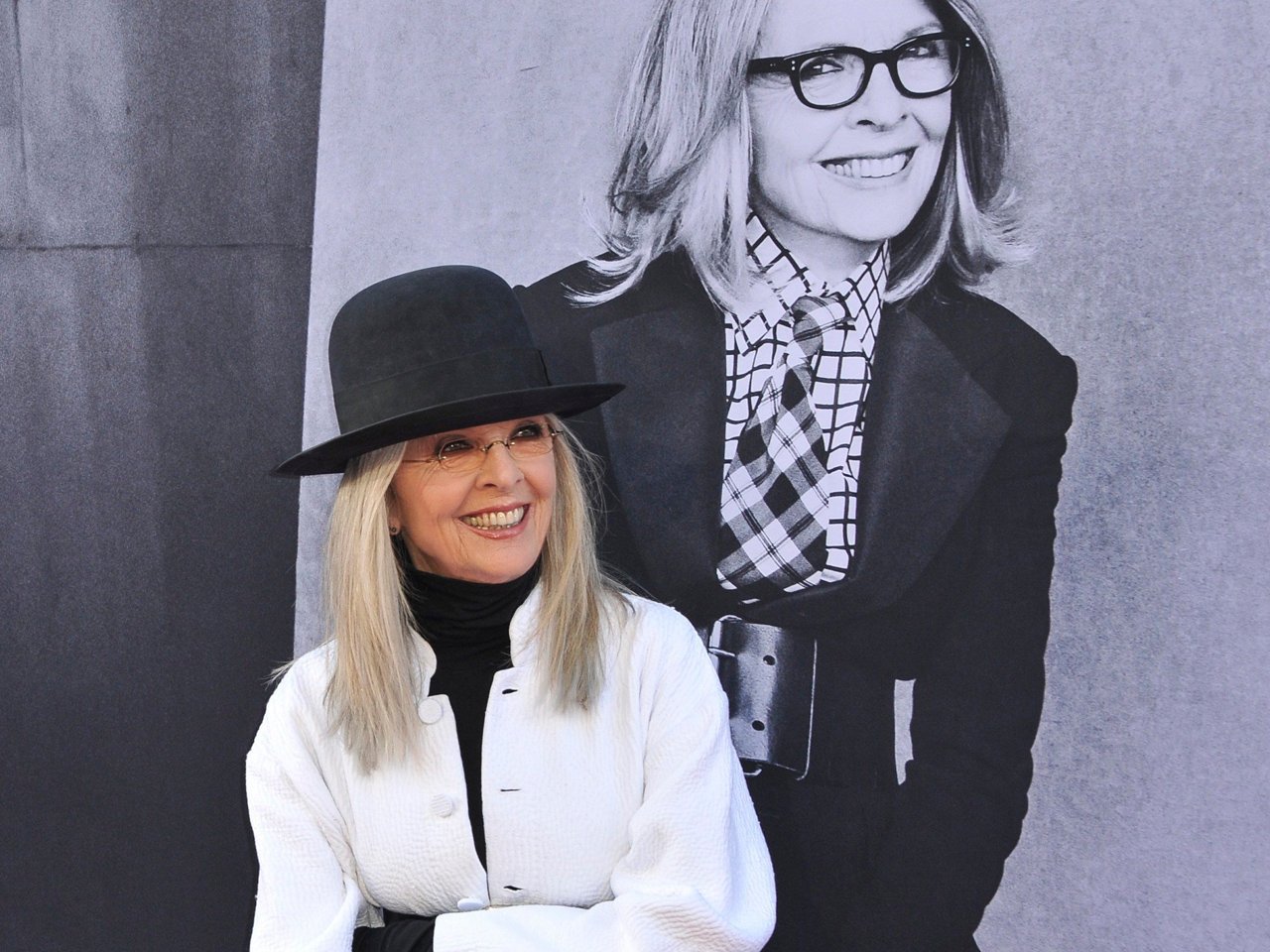 Can you have a fulfilling life without friends? Diane Keaton would say yes. A couple of weeks ago, Keaton received the American Film Institute’s Lifetime Achievement Award, which is one of those honours that comes complete with a swishy televised ceremony where a bunch of famous people take to the stage to sing your praises. In Keaton’s case, that meant kind words from Meryl Streep, Reese Witherspoon and Sarah Silverman, all women who the Oscar winner has worked with and, by all accounts, enjoyed over the years. But are they her actual friends? Apparently, not so much. “I don’t really have any friends,” Keaton told Jimmy Kimmel during an interview a few days after the AFI event. Sarah and Reese are both colleagues that she likes and admires, she explained, and Meryl is someone she “loves,” but doesn’t see much in her personal life.

That’s right. Diane Keaton — beloved icon, gal’s gal, the kind of imaginary bestie who would help you pick out the perfect bowler hat to wear to act out scenes from Annie Hall — says she’s lacking in bosom buddies… and while that may be surprising, it’s not entirely uncommon. Data from Statistics Canada shows that six percent of Canadian adults report having zero close friends, findings that line up pretty closely with Chatelaine’s annual “This Is 40ish” survey, in which eight percent of women also identified as friendship-free.

“When we’re younger, our friend groups are a much higher priority. As we age, we have more responsibilities. We go out in the evenings less, we have other relationships [romantic partners and children] that take up a lot of our time,” says San Francisco-based friendship expert Shasta Nelson, essentially laying out the plot arc of the TV show Girls, in which Hannah Horvath (Lena Dunham) and co. share bathtubs — not to mention their deepest secrets — throughout their twenties, then call time of death on their platonic four-way just as they’re entering the next stage of adulthood.

For Hannah, in particular, deciding to become a mother apparently means moving on from the faces of her misspent youth. A lot of people praised the Girls finale for offering a realistic portrayal of youth and friendship, as opposed to say, the Friends finale, where Rachel chooses the gang over going to Paris and they all live happily together after. Personally, I saw Hannah’s decision to cut ties as yet another massive miscalculation on her part. Because sure, most of us have more time for late night dance parties and weekend getaways in our teens and twenties — but we need our friends even more as we get older. 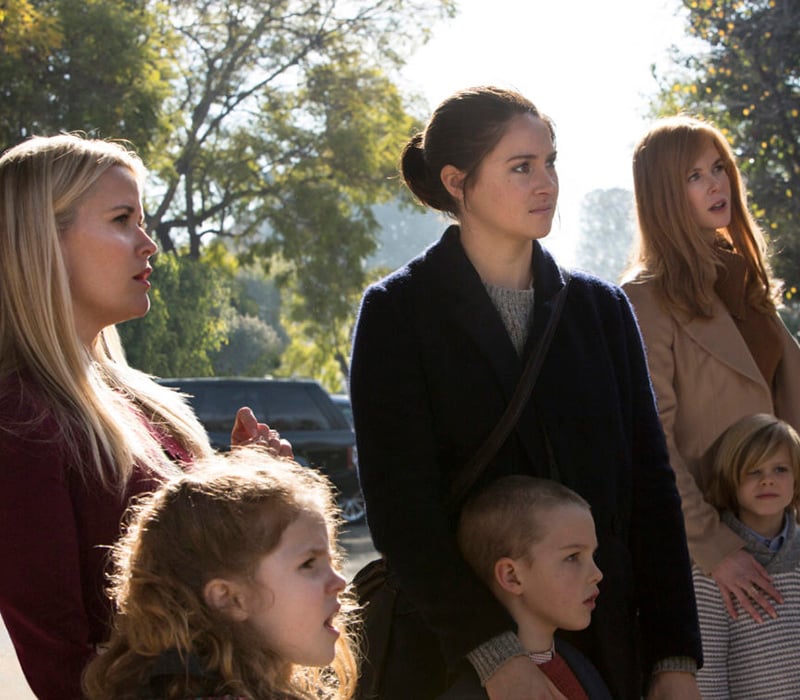 Why Big Little Lies gets mom friendship all wrong

A new study published recently in the journal Personal Relationships shows that close friendships are explicitly correlated with good physical and emotional health later in life — even more than relationships with family. William Chopik, the Michigan State University psychologist who wrote the study, says a key difference between friends and family may be that there’s less obligation with friends — unlike family, friendship comes with a built-in quality control. “Friendships help us stave off loneliness, but are often harder to maintain across the lifespan,” Chopik says in a press release. “If a friendship has survived the test of time, you know it must be a good one — a person you turn to for help and advice often and a person you wanted in your life.”

In her book, Frientimacy: How To Deepen Friendships for Lifelong Happiness and Healthiness, Nelson explains that, on average, we tend to replace about half of our close friend group every seven years, meaning that decades-spanning, Beaches-style bonds are not the only way to have a rewarding relationship. “In adulthood, friendship becomes a bit of a revolving door — a lot of our relationships are formed around our colleagues, the parents of our kids’ friends, people who share similar interest,” says Nelson. That neighbour who unexpectedly shares your passion for bowling or baroque choral music could be a valuable friendship just waiting to blossom.

Nelson encourages women to think of fostering and maintaining friendships the way we think about exercise. “You wouldn’t go to the gym once a month and think you were going to see the positive benefits,” she says. And just like an effective workout program, friendship isn’t one size fits all — some of us are inherently more social, others appreciate more alone time. Nelson emphasizes that quality is more important than quantity. “You can have one person who is completely fulfilled with two close friends, where as another person may have 10 friendships, and still feel isolated and disconnected.” 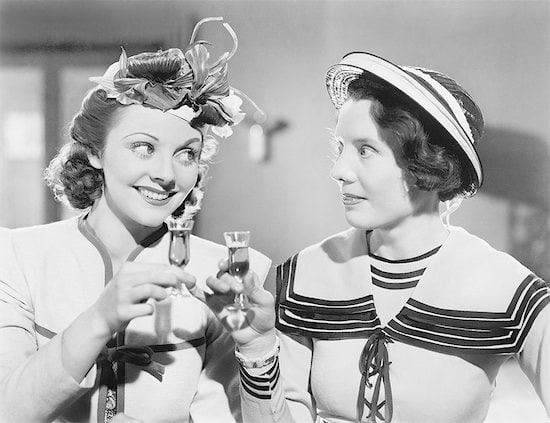 You're not too busy for your friends. Here's how to make time for them.

But what about the so-called lone wolves, those who appear to be content without friends? Nelson doesn’t buy it. “People put up walls. They can talk themselves into thinking they’re okay, but we know from research that everyone is happiest and healthiest when they feel loved and supported by friends.”

Which means Diane Keaton may want to consider reassessing her squad goals. Last month, she signed on to star in the upcoming comedy Book Club, about four lifelong friends who read Fifty Shades of Grey in their monthly gathering. Keaton co-stars with fellow living legends Candice Bergen and Jane Fonda. No pressure, but sounds like a pretty dreamy posse for after-work bonding sessions.

More:
Happy birthday, Pamela Anderson: A bombshell at 50
What to do when you can’t afford to go to a wedding
9 fiery hot sauces we love from around the world — from spicy to @#$%!