The fashion legend reflects on her career, the iconic wrap dress and mentoring young women. 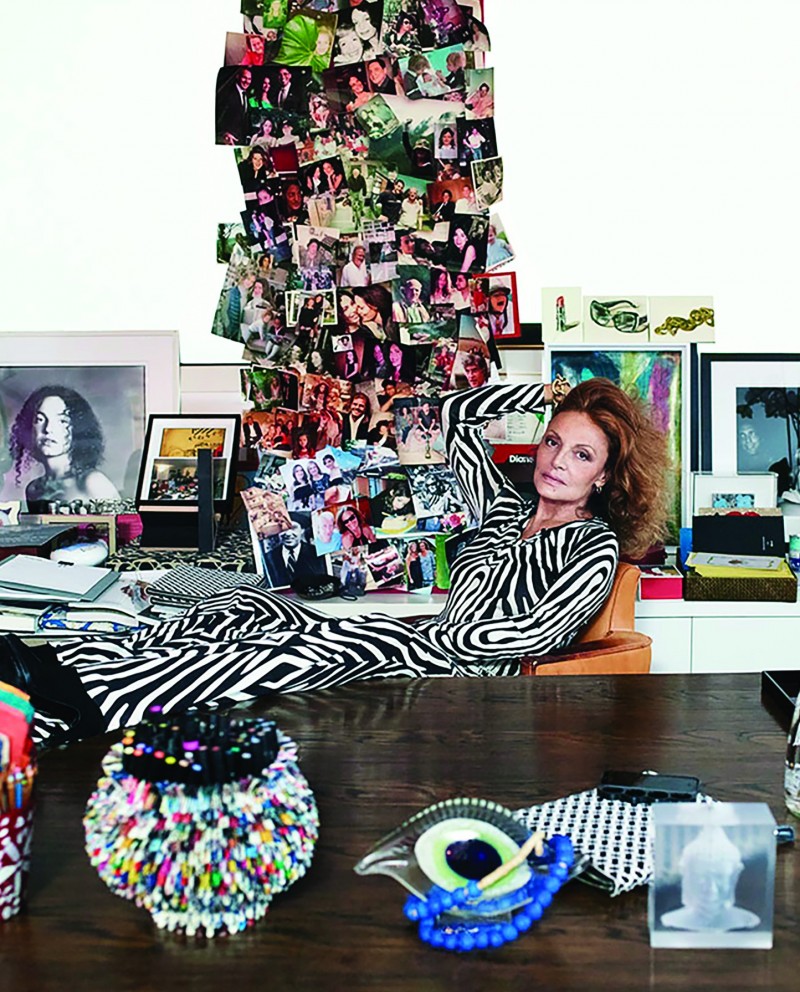 Anyone who considers fashion frivolous is discounting Diane von Furstenberg, the Belgian-American princess turned designer turned philanthropist, whose trademark wrap dresses have acted as brightly patterned armour for career women since the mid-’70s. This month, the designer will visit Toronto, where fashion insider Suzanne Rogers will host a luncheon to celebrate von Furstenberg’s philanthropic work with women’s groups — and to raise money for children’s charities, including Covenant House’s “Just Like a Girl You Know” campaign, which helps victims of sex trafficking. Here, von Furstenberg reveals what it took to become the woman she wanted to be — and what’s next.

You’ve said that since the beginning of your career, you’ve always had an incredible dialogue with women. What’s allowed you to connect with them?

When you start out in life, you don’t know what your door [to success] is going to be. My door turned out to be one that wasn’t very glamorous at first: working for an Italian manufacturer who had a textile company, a printing plant and a knitting plant. I developed a few little jersey dresses that I eventually decided to sell in America. I got engaged and pregnant and came to New York as a young bride with a suitcase full of dresses. I really didn’t know what I was doing. But as I was going around the country meeting women, and wrapping their dresses in the fitting rooms, I was getting more and more confident myself. [In the end], I was selling that confidence.

Where did that resolve come from?

A lot of my personality was formed by the fact that, before I was born, my mother was a prisoner of war [at Auschwitz]. She always said that God saved her so she could give me life, that I was her “torch of freedom.” When I was growing up, I really didn’t know what I wanted to do, but what I did know is the kind of woman I wanted to be: Someone who was independent, who could pay her bills, who was free.

The wrap dress is a piece of clothing that’s synonymous with women getting sh-t done. Did you anticipate that it would become an icon of office dressing?

I didn’t think it would be a game changer. People say I created the dress, but it was the dress that created me.

Related: 12 floral dresses with short sleeves to kick off spring

In the ’70s, when your career took off, women had been in the workforce in a major way for only 10 or so years. How did your designs for working women evolve over time?

I always designed for the woman on the go, whether she’s working or not. Of course, the world has changed, but the millennials today are very similar to the woman I was in my 20s. I was very individual, very eager to do what I wanted to do, to not be told anything. It’s why I created clothes that would fit into any wardrobe.

So much of your charitable work focuses on giving women chances at leadership. How did you make yourself a leader when that wasn’t common in the business world?

I was lucky. Before I was 30, I had children, I had a business, I was on top of the world. I bought my houses. It just happened. But how do you deal with success? How do you share it? I had failures too. How do you share those? I became a mentor because I was always very honest, and I always shared what I was living. People find that inspiring.

Last year, you stepped down as DVF’s chief creative officer. You’ve called this phase of your life your “third act.”

I lived the American dream in my 20s. Then, in the ’80s, I sold the company, thinking I was finished with the fashion and beauty businesses. Eighteen years ago, I started again after seeing that there was a whole new generation of young, hip girls who were buying my dresses in vintage shops. It was very much like the first time around; I had a lot of success. No one dress had ever survived that long. But in the last three years, I have really been thinking, “What about my third act?” I still own the company, but I’m pulling myself away from the creative process.

Related: Spring shoe guide: 48 affordable pairs that are perfect now and for summer

I want to focus on my voice, to use both it and my experience to help women be who they want to be without spending anything, just using the confidence and strength they find inside themselves. I speak to a lot of schools and women’s groups.

What have you learned from those conversations?

The most inspiring thing to me is the strength of women I meet through the DVF Awards [which honour female leaders and innovators]. It is the most humbling thing I’ve ever experienced.

Do you think your mother inspired you to mentor other women?

When you have a strong mother, while she is alive, you don’t understand how much of an effect she has on you. You fight it while she’s there. But since she passed away, I’ve realized how much of an impact she had.

Who, living or dead, do you consider to be the embodiment of the DVF woman?

I am inspired by almost every woman — I have never met one who is not strong. Often, they don’t show it, whether because of a father, a brother, a husband or because they are embarrassed about it. They don’t think it’s feminine. Then in a moment of tragedy, somehow, all women show their strength. They shouldn’t wait for the tragedy to happen.

By your own admission, you’ve become the woman you wanted to be, so who do you want to become next?

I would like to be healthy, to have 20 years where my brain and body are still active. To pursue my curiosity and travel and read and learn and help. The most important relationship is the one you have with yourself. Once you have that, any other relationship is a plus, not a must. It was through a dress that I helped other women become themselves. That is a flag I still wave.

More:
10 Ikea secrets that will surprise you
27 best rhubarb recipes for spring
14 cute closed-toe sandals for when you want to keep your toes under wraps