December book of the month 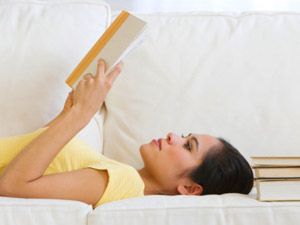 Harry Boyd, a hard-bitten refugee fresh from failure in Toronto television, has returned to the Canadian North to work in a small Yellowknife radio station. In the summer of 1975, he falls in love with a voice on air, though the real woman, Dido Paris, is both a surprise and even more than he imagined.

Dido and Harry are part of the cast of eccentric, utterly loveable characters, all transplants from elsewhere, who form an unlikely group at the station. Their loves and longings, their rivalries and entanglements and the stories of their pasts form the centre of the story. On a canoe trip into the Arctic wilderness, they find the balance of love shifting, much as the balance of power in the North is being changed by the proposed Mackenzie Valley gas pipeline, which threatens to displace Native people from their land.

Elizabeth Hay has been compared to Annie Proulx, Alice Hoffman, and Isabel Allende, yet she is uniquely herself. With unforgettable characters and vividly evoked settings, Hay combines her skewering insight into the frailties of the human heart with her ability to tell a spellbinding story. Written in gorgeous prose, laced with dark humour and winner of the 2007 Scotiabank Giller Prize, Late Nights on Air is Hay’s most seductive and accomplished novel yet.

Visit the book club to chat about Late Nights on Air and other great reads.