De-clutter for a cause 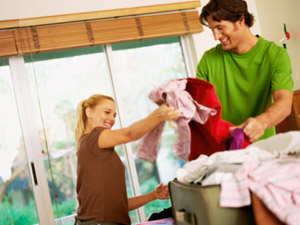 Does anyone really need a “junk” drawer? Or a garage or basement overflowing with debris? Purging clutter is liberating, but don’t kick everything to the curb â€“ keep the good karma going by donating used goods. You could be eligible for a tax receipt to boot!

Organize your donations into clothing, housewares and electronics and pull out items that are still in serviceable condition. Be considerate: you may have kept it for far too long, but no charity wants a T-shirt with yellowed pits, broken Christmas lights or a three-legged chair.

Thanks to the high turnover in computer technology, you may be ready for a new system every three to five years, but don’t just trash your old unit. Old computers can leech lead and mercury into the soil if not disposed of properly. Donate it instead to Little Geeks, a non-profit organization that revamps used computers for underprivileged kids. Computers for Schools also accepts donations at drop-off centres across Canada and gives them to schools, libraries and not-for-profits. They also accept colour monitors, keyboards, printers, modems, scanners and CD-ROM drives.

O2 offers a charitable recycling program as well. You also have the option of taking your phones, batteries or pagers to a Bell Mobility drop box. The company has the items refurbished and donates them to local women’s shelters or childrens’ charities.

When it comes to clothing, housewares and appliances, many charities such as The Canadian Diabetes Association and Ontario Federation for Cerebral Palsy offer convenient pick-up services. The Salvation Army has dropboxes across the country while Goodwill has donation centres in the GTA, Central and Eastern Ontario. Go to charity.com for a list of charities in your area.

It may remind you of a particularly horrifying client lunch, but that suit can still make an impression. Professional clothes can be donated to programs such as Dress your Best or FACE (Family Abuse Crisis Centre), which dispenses both clothing and wardrobe advice to low-income women who need outfits for job interviews.

Now take a look around your newly edited digs â€“ the things you aren’t even missing are helping someone else live a better life. What a win-win!