'It's so much more than a drink': Toronto café says it invented the Unicorn latte

An NYC café is suing Starbucks for copying its Unicorn Latte. But a café in Toronto started serving theirs last summer. (Plus, it's the only one that actually contains coffee). 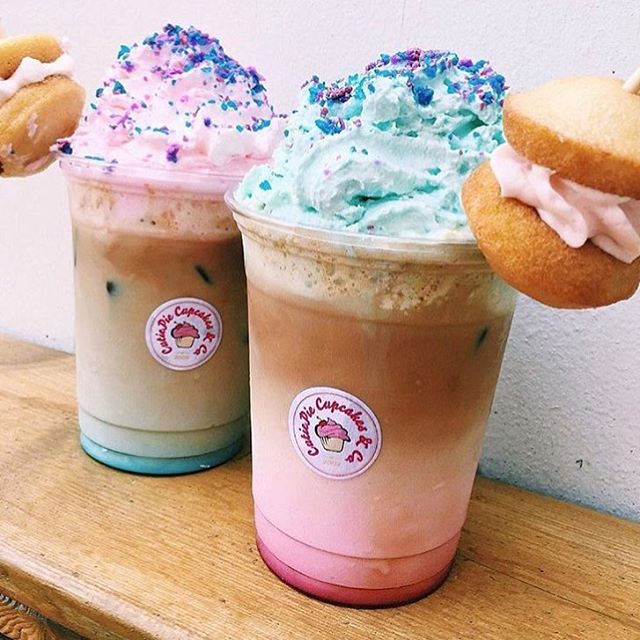 Melanie Abdilla says she called it first. The founder of Toronto’s CutiePie Cupcakes says she knew 2017 would be the “year of the unicorn,” even posting an Instagram photo of a unicorn on New Year’s Day. What the baker didn’t expect, however, was for the unicorn to blow up in popularity — especially in latte form. After all, she says, she’d already created the drink – in the summer of 2016, according to this Instagram post. That’s months before Starbucks launched its own colourful take on the social-media-driven love of rainbow-hued drinks: the pink-and-purple, limited-edition Unicorn Frappuccino.

Located in downtown Toronto, CutiePie Cupcakes says it’s had a unicorn latte available in both hot and cold form since it opened in June 2016. The drink was originally called “LattePie,” but customers and Instagram fans gave it its affectionate nickname within days of its release. The Canadian version includes milk, an espresso shot (decaf and non-caffeinated versions are available for children), cotton candy, “unicorn spiked” whipped cream (meaning in comes in blue or pink), sprinkles and a whoopie cake as the horn.

“It tastes like a regular latte, with a little bit of magic,” she says. “The one thing we pride ourselves on is that we are 100 percent authentic. Toronto is the OG unicorn and nobody can prove otherwise.”

Related: Unicorns are everywhere, including your Starbucks order. Why is this a thing?

In the U.S., meanwhile, a Brooklyn-based coffee shop claims it created the unicorn latte in December 2016 and is suing Starbucks, Reuters reported. The End, a coffee shop and juice bar, reportedly filed a federal trademark infringement lawsuit last week. Besides being rainbow-themed and not containing coffee, the Brooklyn café’s version is a far cry from the 410-calorie Starbucks concoction. It contains ginger, turmeric, vegan sprinkles and E3Live, a live blue-green algae. In January of this year, the coffee shop and its owner, Montauk Juice Factory, reportedly filed a trademark application for the Unicorn Latte.

As for Abdilla, she has no plans to dwell on who made what when. “I’m too busy growing my business,” she says. “If anything, it’s helped us. The city has really stood up for us in a way that’s kind of brought people together. It’s so much more than a drink.”

More:
12 pretty, comfy pairs of pastel sneakers to wear this spring
4 iced coffee hacks that will save you money
Subscribe to our newsletters