Housed in vintage jewel boxes, his engaging miniatures depict scenes from police brutality to Yoruba myths, and are showing in both Edmonton and St. John's. 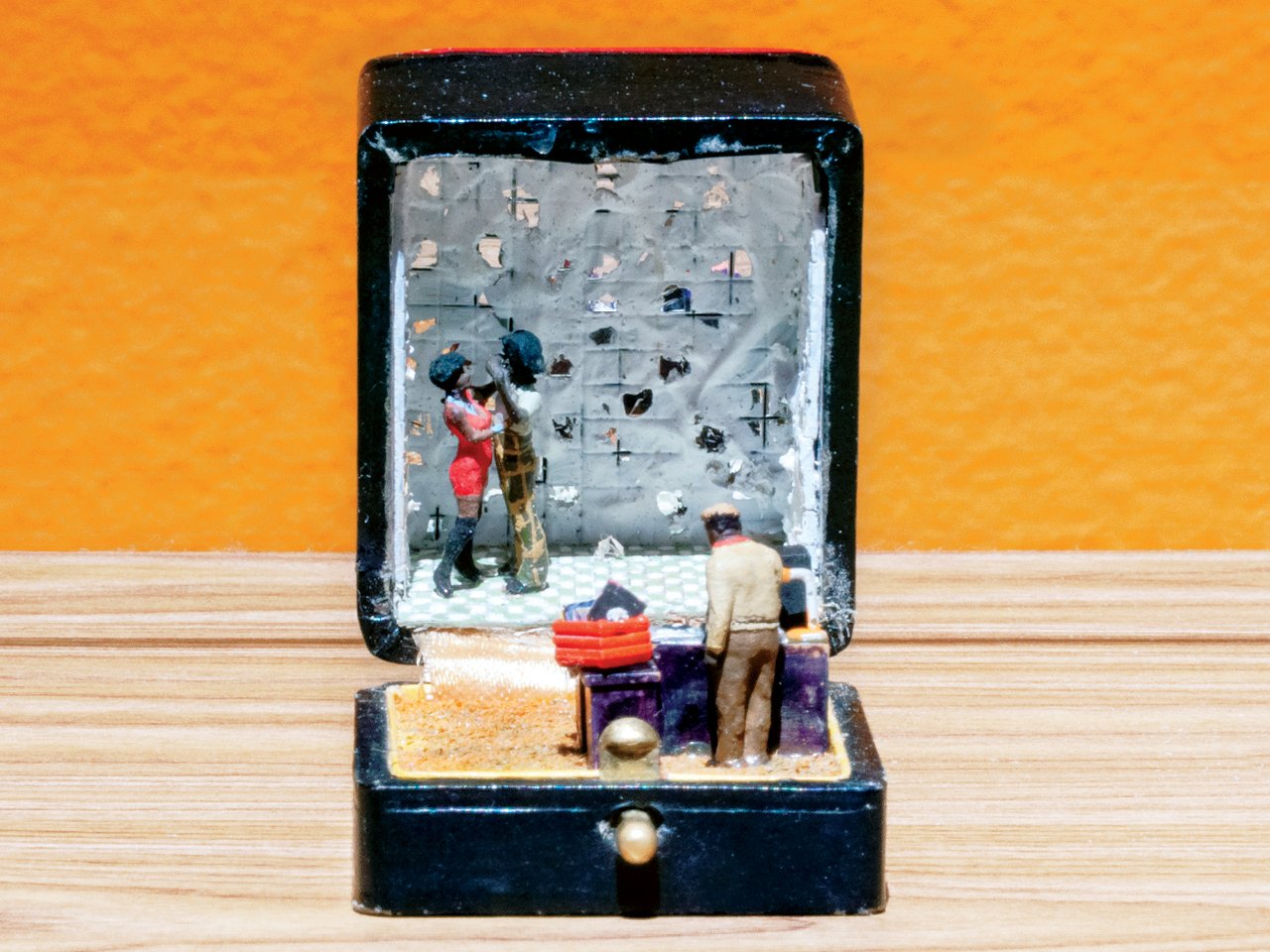 In Edmonton, a Kangol-wearing uncle sifts through crates of records, selecting a tune to pump through a set of massive speakers. In St. John’s, N.L., a tangle of barbed wire surrounds a bleak, empty prison yard. Two very different scenes, both rendered in engaging miniature form by Alberta-born Curtis Talwst Santiago, whose work is currently showing both on the Atlantic coast and in the prairie city where he grew up.

Both exhibits draw from his Infinity Series, an ongoing project of mixed-media dioramas: Over the past seven years, Santiago has depicted everything from Yoruba myths to police brutality. Some upsetting scenes are all the more jarring for being set in delicate vintage jewellery boxes. Deluge IX, at Newfoundland’s the Rooms gallery, is one of a series on the desperation of migrants—a golden dome holding a tiny life preserver floating in a dark, empty sea.

“Liming,” at the Art Gallery of Alberta, is a more joyous set of newer pieces, evoking Santiago’s own childhood. In these, the son of Trinidadian immigrants takes a kid’s-eye view, spying on grown-ups relaxing in a shag-carpeted basement—uncles home from the oil fields, aunties not letting Canadian coldness interfere with their fine selves. It’s a charming bit of nostalgia, one shared by children of disco-era West Indian immigrants worldwide.