Which celebrities knew about the rumours and sexual assault allegations that surrounded the Miramax mogul for decades? A rundown of who has gone on the record so far. 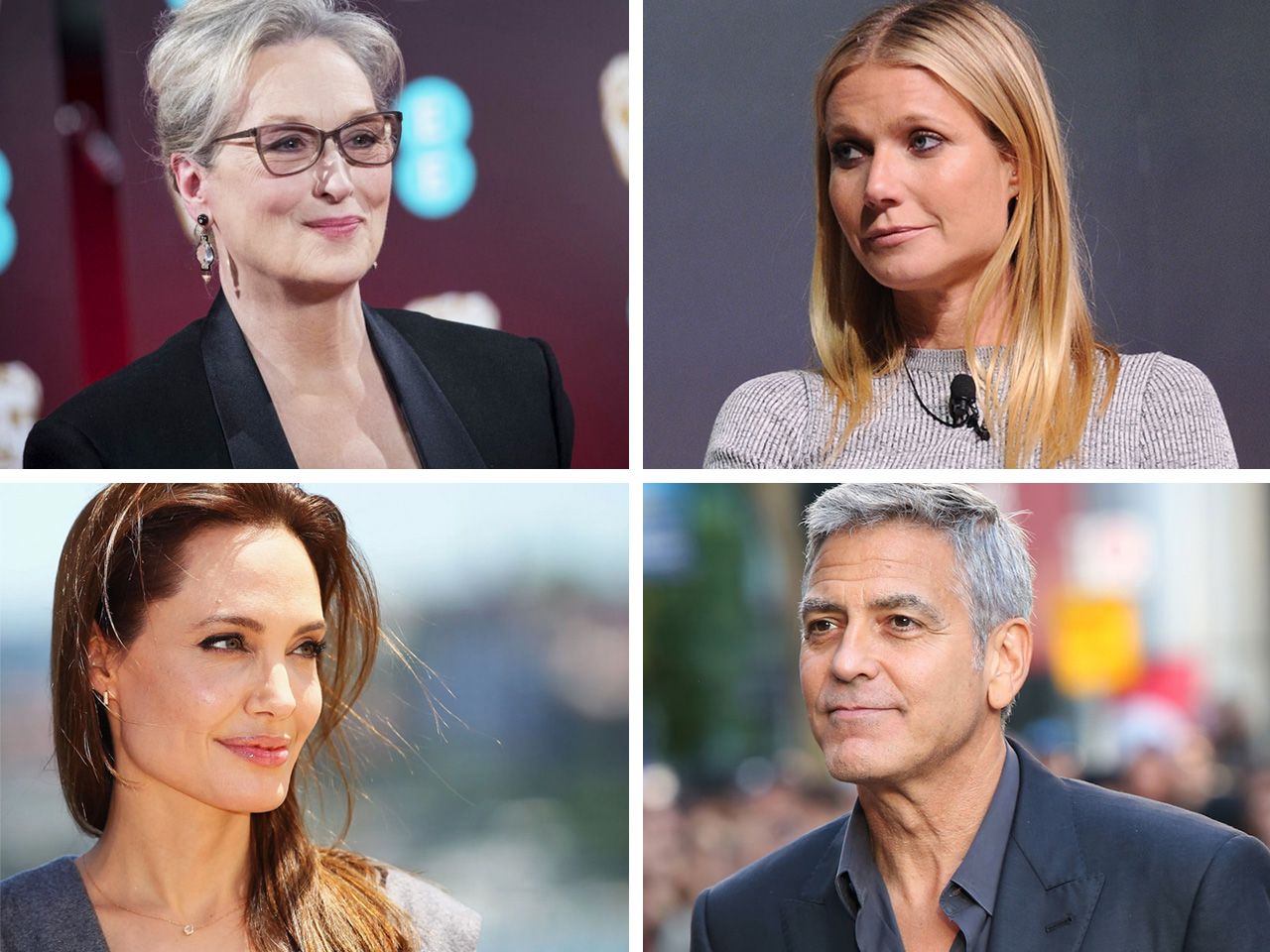 The rap sheet against Harvey Weinstein continues to mount following a second investigation on the Hollywood mogul’s sexual misconduct, published this morning by The New Yorker. Over the course of 10 months, journalist Ronan Farrow spoke to women who shared stories that both corroborate the harassment reported by the New York Times last week and include allegations of sexual assault and rape.

So — one would think it’s safe to say that Weinstein’s career is over (he was fired from his own company over the weekend). And now, all eyes are on the celebrities, many who have worked closely with Weinstein over the years. Here, a rundown of who has gone on the record, who’s come out in support of his accusers, and who still doesn’t get the big deal.

Who’s gone on the record with a personal experience? 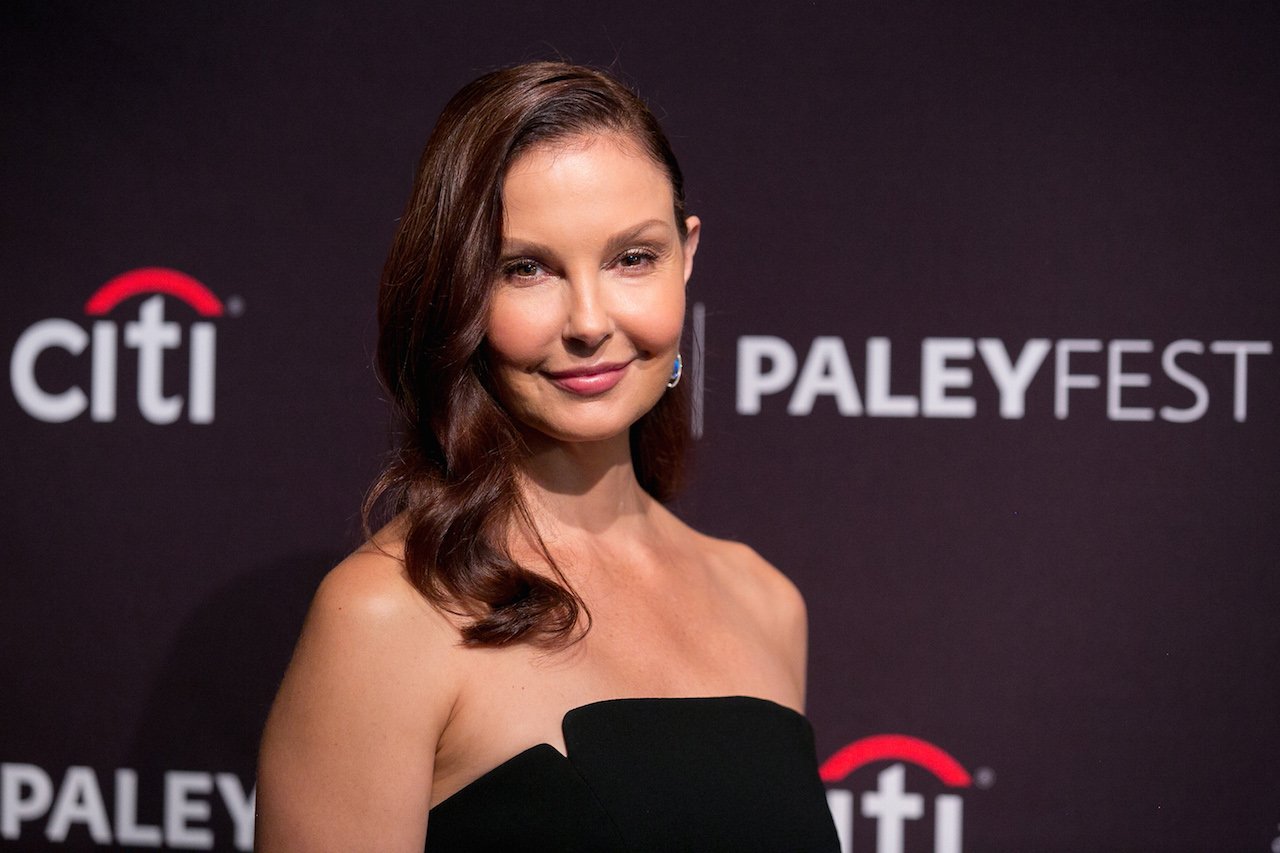 Ashley Judd: After sharing a story back in 2015 about an anonymous studio mogul who had sexually harassed her, Judd was the first major American celeb to go on record (in the New York Times expose) about her experience, saying that Weinstein invited her to his hotel room while she was working on one of his movies. Once she arrived (for what she thought was a business meeting), he asked her to let him massage her and to watch him shower.

Mira Sorvino: As part of the New Yorker investigation, Sorvino explains how Weinstein tried to pressure her into a physical relationship in and around the time she was promoting her Oscar-winning turn in Miramax’s Mighty Aphrodite, first chasing her around a hotel room during the Toronto International Film Festival in 1995 and later showing up at her apartment in New York. Sorvino believes Weinstein made a point of killing her career prospects after she rejected him.

Gwyneth Paltrow: In a follow-up story published today in the NYT, Paltrow explains how she was summoned to meet Weinstein in his suite shortly before shooting began on Emma (the Miramax movie that made GP a star). “I was a kid, I was signed up, I was petrified,” Paltrow says now of the day her hugely powerful boss put his hands on her and suggested they move into the bedroom for massages. She refused and extricated herself, later telling her then-boyfriend Brad Pitt, who confronted Weinstein and told him never to touch Paltrow again (Pitt confirmed Paltrow’s account to the Times). 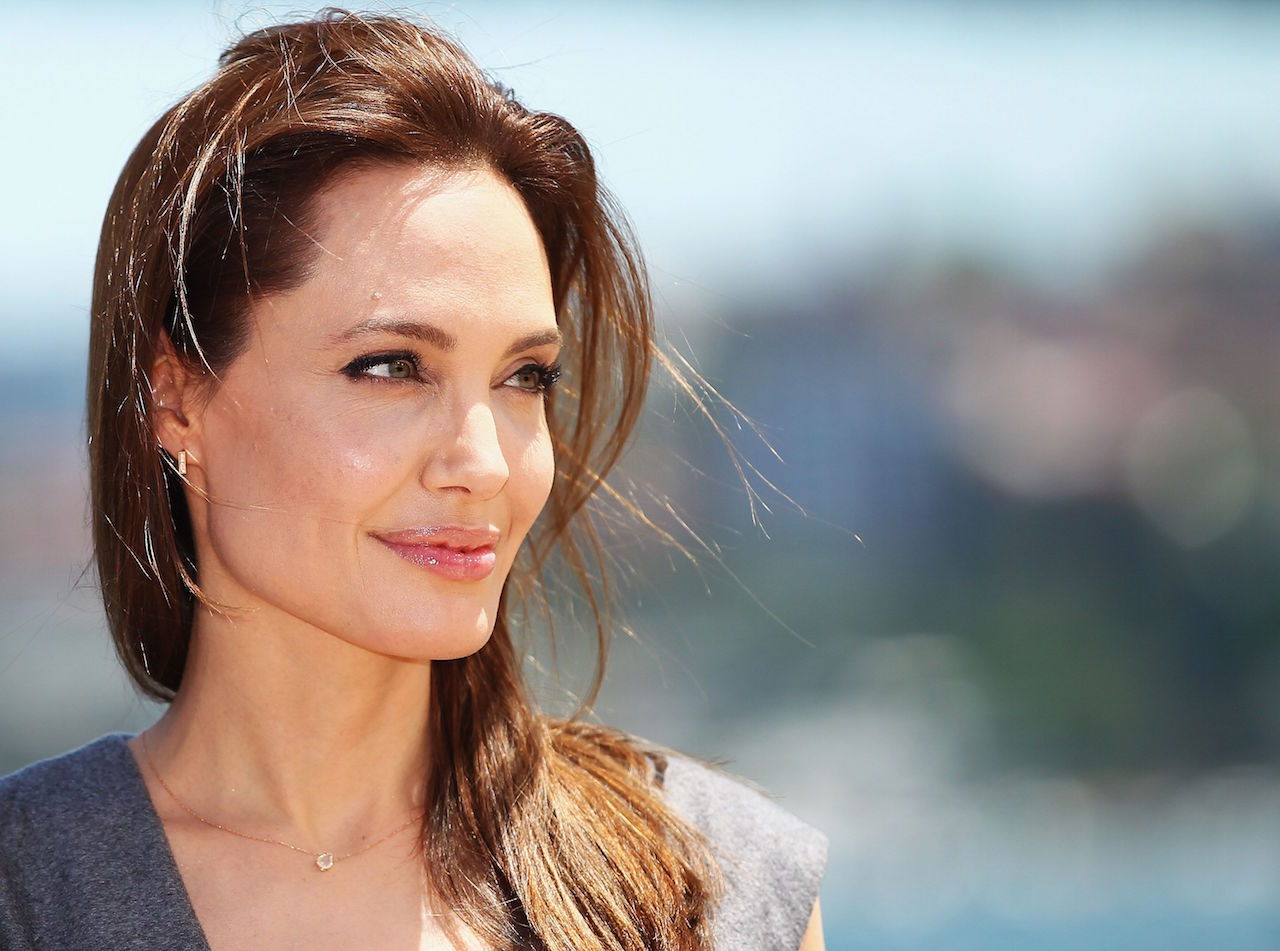 Angelina Jolie: Over email, Jolie told the NYT about how she “had a bad experience with Harvey Weinstein in my youth, and as a result, chose never to work with him again and warn others when they did. This behaviour towards women in any field, any country is unacceptable.”

Rosanna Arquette: The actress who starred in Miramax’s Pulp Fiction told The New Yorker that she was once called to Weinstein’s hotel room for a meeting, only to have him direct her hand to his visible and erect penis. Arquette, who told him “I’ll never be that girl” before leaving the meeting, also believes Weinstein set out to limit her career options after this encounter.

Who were the first to lend public support?

Only a few celebrities spoke out publicly when the news first broke. Among them:

The woman who chose to speak about their experience of harassment by Harvey Weinstein deserve our awe. It's not fun or easy. It's brave.

Since then, Dunham has been tweeting her support for Weinstein’s accusers and wrote an op-ed in the Times, in which she called on Hollywood’s male population (in particular the many A-listers who have worked closely with Weinstein) to make their voices heard.

“Men of Hollywood, what are you sorry for? What will you refuse to accept anymore? What will you say to fill the void and change the standard? Are you afraid because you heard the whisperings but accepted a role or a position on a host committee or a glass of Champagne and a pat on the back? … Are you operating under the assumption that this is very sad but that it is not your problem?”

Amber Tamblyn:  The actress (who last month wrote a Times story titled “I’m Done With Not Being Believed”) tweeted her support early: “Morning! Please stop holding actresses and women accountable for these silences and shaming them for not coming forward immediately. Stop.” And she has continued to tweet, as the story develops:

So now we must say the next thing that needs to be said.

Rose McGowan: The Scream actress tweeted last year about a studio head who raped her, using the hashtag #WhyWomanDontReport. The NYT story describes how she came to a $100,000 settlement with Weinstein after what is described as “an episode in a hotel room during the Sundance Film Festival.” She’s been tweeting up a storm since the story was published.

Women fight on. And to the men out there, stand up. We need you as allies. #bebrave

As always, I stand with the brave survivors of sexual assault and harassment. It's not your fault. I believe you.

Jake Tapper: The CNN newsman took time out of his busy Trump-busting schedule to tweet support: “This isn’t difficult. Normal, compassionate, rational people feel the same disgust for Weinstein as for Ailes and O’Reilly, and vice versa.”

The shocked and appalled 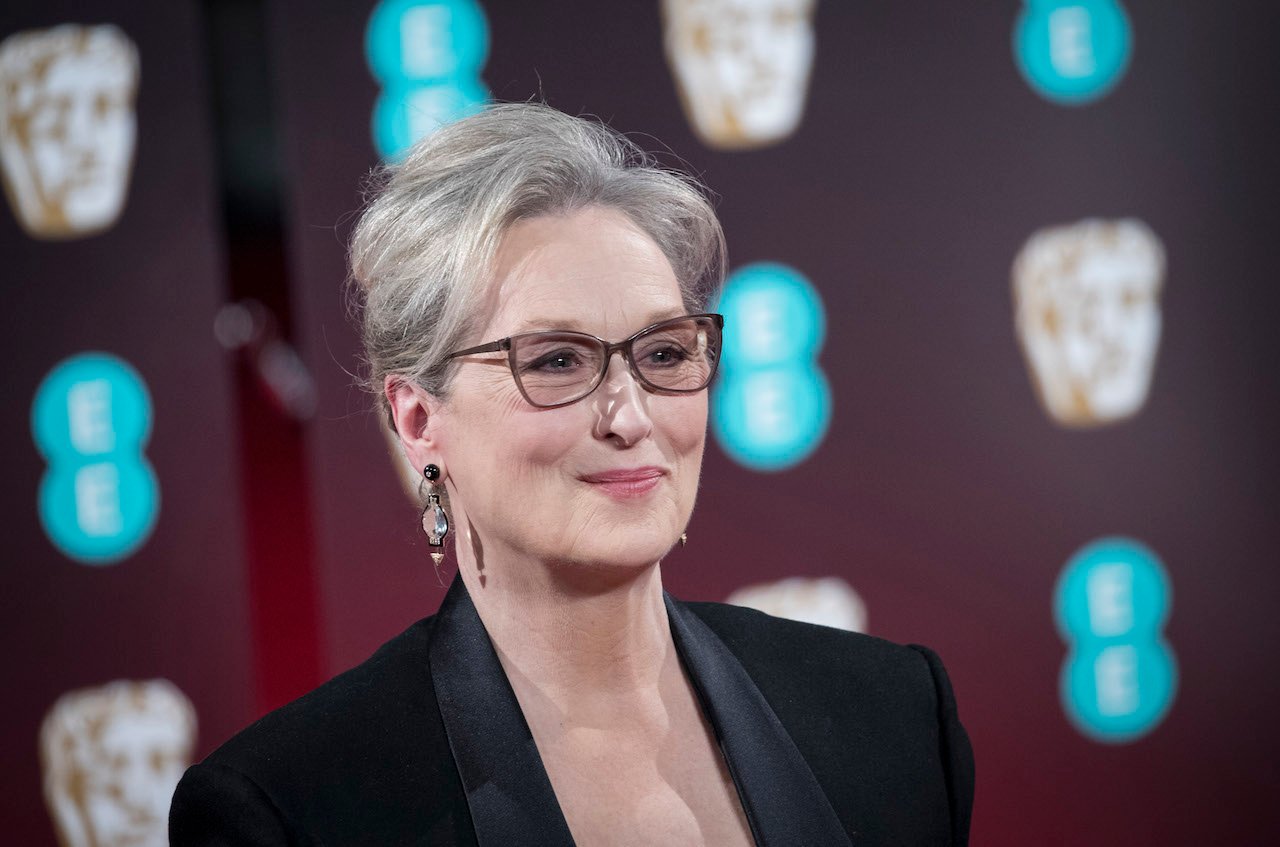 Eventually, more celebs issued statements about the scandal. After expressing her outrage and disgust for Weinstein and her admiration for the women who came forward, Meryl Streep (who has worked with Weinstein many times) said the so-called “open secret” of Weinstein’s conduct was not so “open.”

“Not everybody knew,” she said. “Harvey supported the work fiercely, was exasperating but respectful with me in our working relationship, and with many others with whom he worked professionally. I didn’t know about these other offences.”

Judi Dench, who has credited Weinstein with making her an international star with Shakespeare in Love, says she was “completely unaware” of any misconduct. Dench offered “wholehearted support to those who have spoken out.” Oscar-winner Jennifer Lawrence (presumably the last actress who will every credit Weinstein for making her a star) also said she was unaware of any rumours.  “I was deeply disturbed to hear the news about Harvey Weinstein’s behaviour . . . I worked with Harvey five years ago and I did not experience any form of harassment personally, nor did I know about any of these allegations. This kind of abuse is inexcusable and absolutely upsetting.” 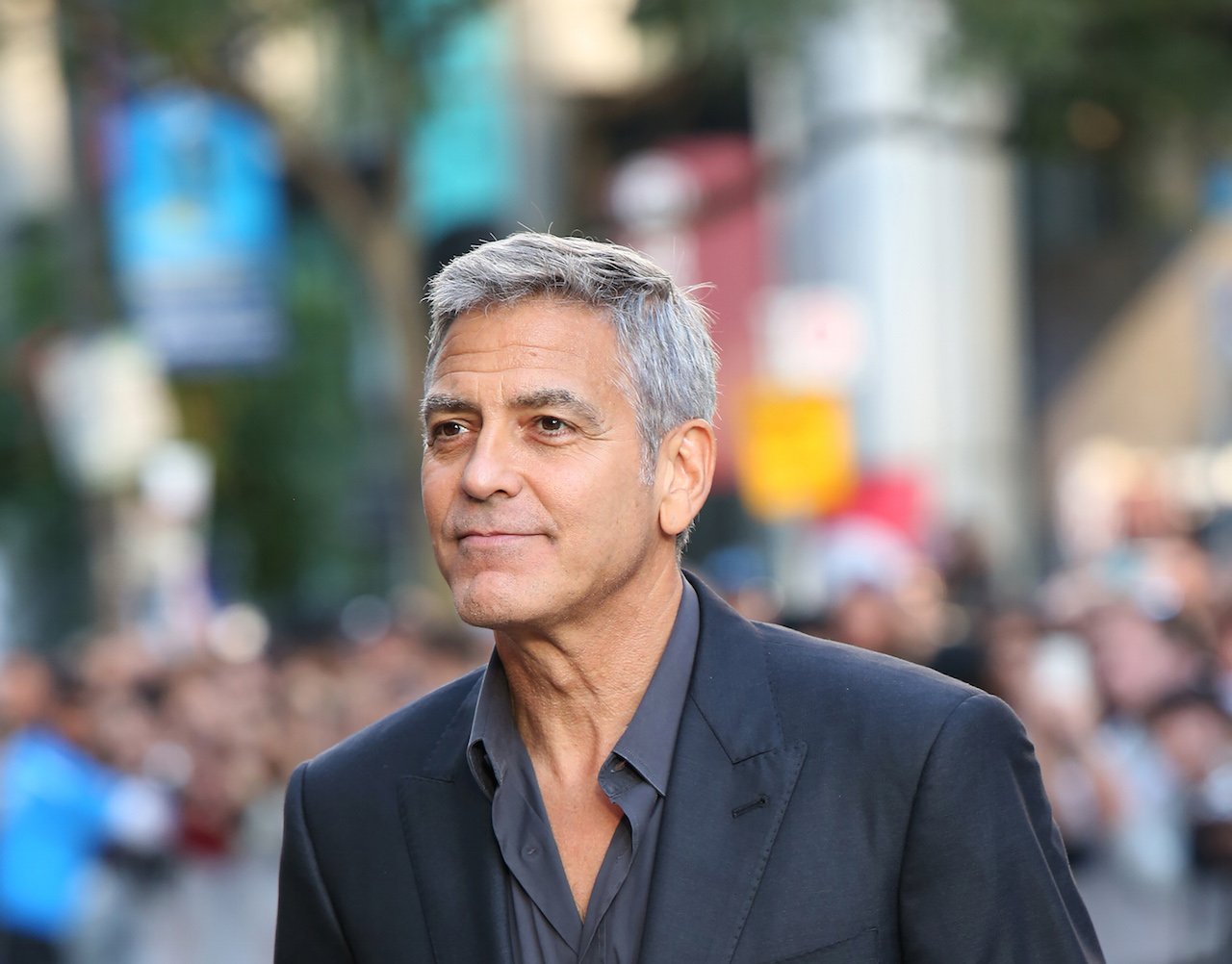 George Clooney made an extensive statement to The Daily Beast,  “I’ve heard rumours, and the rumours in general started back in the ’90s, and they were that certain actresses had slept with Harvey to get a role. It seemed like a way to smear the actresses and demean them by saying that they didn’t get the jobs based on their talent, so I took those rumours with a grain of salt. But the other part of this, the part we’re hearing now about eight women being paid off, I didn’t hear anything about that and I don’t know anyone that did.”

Jessica Chastain, on the other hand, said she had been warned from the beginning.

I was warned from the beginning. The stories were everywhere. To deny that is to create an enviornment for it to happen again.

Mindy Kaling and Julianne Moore were among those tweeting support as more stories broke:

Why is it helpful men speak up? Bc that’s what this personality fears most: the disintegration of the tacit male support for this behavior.

1. Coming forward about sexual abuse and coercion is scary and women have nothing to be gained personally by doing so.

The guys who seem to get it

Men in Hollywood (and everywhere else) could take a lesson from Seth Rogan who came out early and definitively, tweeting:

I believe all the women coming forward about Harvey Weinstein's sexual harassment. It takes bravery to do so.

What Harvey Weinstein did was abhorrent. He admits he did it. Why should anyone be silent in their disgust and support for his victims? https://t.co/fh9TKUp0mA

To be clear what Harvey Weinstein did was a disgusting abuse of power and horrible. I hope we are now seeing the beginning of the end of these abuses.

In a tweeted statement, Christian Slater offered the following:  “It can sometimes be easy for a man to live without challenging his entitled and distorted ideas about right and wrong, especially when he experiences success. it’s worth it to become educated and informed (it’s a lifelong process). . . . Having a society and a justice system that discriminate based on skin colour, gender, power, and socioeconomic status isn’t a free pass for those on the easier end of it. It’s a challenge to recognize our privilege and use our platform to even the playing field.”

And celebrity chef and TV star Anthony Bourdain also came out swinging: he’s been dating actress Asia Argento, who is one of Weinstein’s accusers.

.@AsiaArgento I am proud and honored to know you. You just did the hardest thing in the world. https://t.co/i2Lsb6h5vU

In the better-late-than-never category 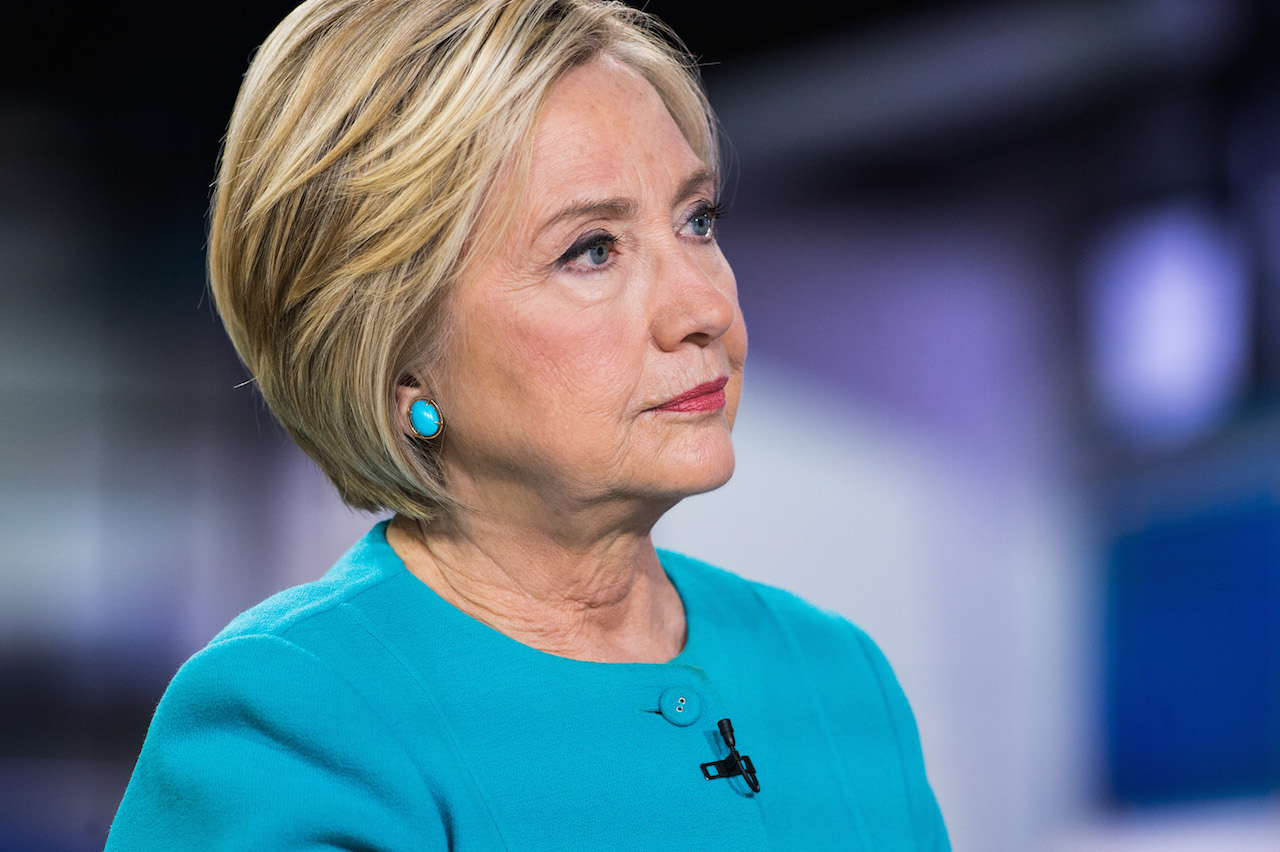 Hillary Clinton — who received significant donations from Weinstein, both to her campaign and The Clinton Foundation — released a much-anticipated statement on Twitter this afternoon:

And Matt Damon, who arguably owes his career to Weinstein (who produced and championed Good Will Hunting all the way to the Oscar podium), finally released a statement late on Tuesday, saying there is zero truth to a story that says he helped kill a piece about Weinstein’s behaviour in 2004. He goes on to say that he “did five or six movies with Harvey. I never saw this. I think a lot of actors have come out and said . . . we all knew. That’s not true. This type of predation happens behind closed doors, and out of public view. If there was ever an event that I was at and Harvey was doing this kind of thing and I didn’t see it, then I am so deeply sorry, because I would have stopped it.”

The best reason to burn your 1980s lady power suit

In a show that is both shocking and disappointing, Donna Karan, the woman who defined working woman style in the ’80s and ’90s, now defines misogyny and victim blaming, telling the Daily Mail that women may be “asking for it by presenting all the sensuality and all the sexuality.” She went on to call Weinstein and his wife Georgina Chapman “wonderful people.”