In today’s news: a guidebook for moms of supermodel wannabes; Elizabeth Taylor passes away at 79; young white women like weed; sex and exercise DO cause heart attacks; and an update on the Colonel Williams case. 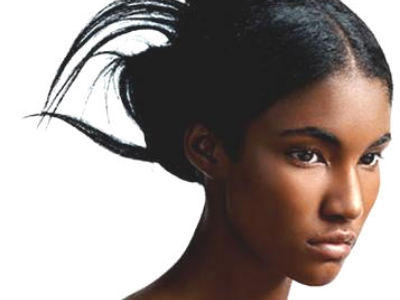 Do you want your impressionable, adolescent daughter to be a super model/clothes hanger? Janice Celeste did, and now she’s written an alarming, tell-all book about the tricks aspirational mothers can use to get their kid on the runway. Her behind-the-scenes look at the fashion world is more than a little horrifying: do you want your daughter to sleep in a 12-beds-to-a-room dorm and eat cotton balls dipped in orange juice to stay slim? Then get your copy of How to Make a Supermodel, and start pimpin’ your offspring.

Whether you remember her as a sparkly-eyed 12-year-old in Blue Velvet, a buxom Cleopatra, a tireless campaigner in the fight against AIDS, or a woman of many, many husbands, there’s little doubt that the unapologetic star of the silver screen known as Elizabeth Taylor worked her way into your heart one way or another. Miss Taylor passed away on Wednesday at the age of 79, and the selection of obituaries and tributes overfloweth. Here are a few to trigger your fond memories of beautiful, beautiful blue eyes.

Apparently the young Caucasian ladies be lovin’ the weed. A new study from the Yale School of Medicine has found that women between the ages of 15 and 17 are more likely to use marijuana than African American or Asian girls. The study also found that young women made the jump from their first toke to being regular users at a faster pace than men their own age, despite the fact that boys consistently reported higher usage rates. Overall, 40 percent of those surveyed said they had tried the drug at least once.

It’s an overused movie cliché: an old man dies of a heart attack while in the throws of passion with a younger woman. Now, new research suggests that the sex-heart attack link may actually be real. A team of scientists has reviewed the medical literature and found that sex and other vigorous physical activities actually do cause heart attacks in those that participate in the activities infrequently. The good news: if you exercise regularly and get busy a lot, you should be fine.

A judge has ordered the disclosure of the domestic contract between convicted murderer Colonel Russell Williams and his wife, Mary Elizabeth Harriman. Last fall, Williams was convicted of murdering 27-year-old Jessica Lloyd and 37-year-old Marie-France Comeau. There is concern that the documents may reveal Williams’ assets, including his military pension, were transferred to Harriman after his conviction.