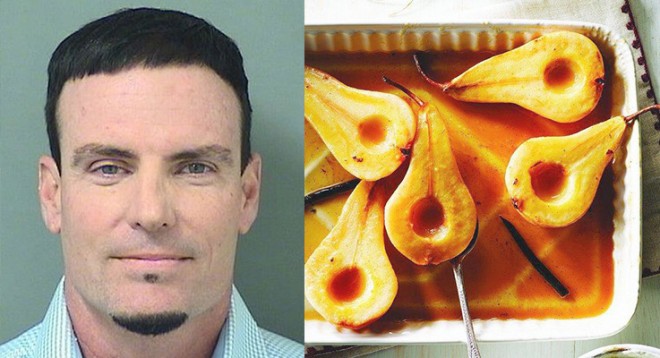 The news: Alright, stop, collaborate and listen: rapper turned DIY Network host Vanilla Ice was arrested Wednesday on grand theft and burglary charges after he allegedly stole artwork, furniture and a pool heater from a vacant property in Florida last year. Ever the master of wordplay, Ice (real name: Robert Van Winkle) chalked up his arrest to a “misunderstanding” when speaking to reporters outside Palm Beach County Jail. According to a Dec. 26 report, homeowner James Loveley notified police of missing items and trespassers on his Lantana, FL property. (Ice would later claim he had purchased the home, which turned out to be false when he couldn’t produce evidence of a contract or down payment.) The Vanilla Ice Project star then seemingly altered his version of events, explaining that he discovered the items in question on a curb and mistook them for garbage. Appealing to the public for sympathy, Ice said, “I wish you guys would focus on all the good things I’ve done.” Like the Ninja Rap.

The dish: Ripe, vanilla-tinged pears in a hot seat. Whipped-cream embellishment optional. Get the recipe here.